■ The racing driver loved his thatched cottage, but there were a few issues…

ALEXANDER SIMS lives life in the fast lane — in his day job at least. A racing driver for BMW i Andretti Motorsport, he is currently second in the ABB FIA Formula E Championship, the world’s first all-electric motorsport series, with the next race in Mexico City this weekend.

After living in rented houses for two years with my wife-to-be, we bought our first home in 2014. It was in a beautiful, quiet village near Cambridge called West Wratting.

Did racing success help you to buy?

I was 26. It was at a point when my racing career was just starting to take off, having signed with BMW a year earlier, so I felt like my personal finances were becoming more secure. Still, though, I needed to rely on some money I had saved up from my shareholding in our family business to pay the deposit.

Is it a secure job?

Getting a mortgage has been one of the strangest ‘normal’ situations I’ve been faced with. Even to this day, it is almost impossible to find a lender who recognises my income from racing, due to it only ever being short-term contracts — so three years or less — and in euros not pounds. Regardless of the fact that I will be able to drive professionally for many more years, the banks don’t see it that way and so I have to rely on the family business’s position to guarantee the mortgage.

What did you go for?

It was an extended thatched cottage with all the character but was not listed, amazingly. The previous owner, who we are still friends with, built an additional three bedrooms and living room himself over 15 years. With all these additional parts, it didn’t work quite so perfectly. I remember the heating was not very good: we could only have three rooms hot at any one time, and would manually have to switch off the radiators to get enough flow into the ones we did want to be on. It was a high priority to resolve that as we had our first child shortly afterwards.

The move was straightforward but I do remember, rather hilariously, trying to cut up a marble slab to go in the place of the Aga. The circular saw was overheating so my father-in-law convinced me that he would operate the saw while I held the water hose on the blade to cool it. Within a minute he got a whopping great electrical shock from all the water.

Did you renovate the whole place?

We ended up renovating the entire place after a year and a half. The heating was pretty poor, the insulation not great, so we put underfloor heating in, re-insulated properly and added an extension. Then we replaced the oil boiler and fitted an air source heat pump and solar panels. It certainly wasn’t cheap, but it made it into a really functional family home.

Did you spend much time there?

Yes, I would spend lots of time in between races enjoying the house. I remember the thatched part of the home being nice to see when driving down the road. It also had a cute front door that even I, at 5ft 8in, had to duck to get through. Although I would curse a bit trying to get through there with my big kit bag.

When did you sell it?

In 2017. It was after a Christmas with family, who were all three hours away, that we decided the boys needed to be nearer to them. We moved to Stratford-upon-Avon. We have found somewhere pretty similar to our first home but without the thatched element, which is a shame.

Any advice for buyers?

I would highly recommend not having a racing contract as your only form of income. The biggest thing I learnt was that finding a functioning home is probably the best thing to focus on initially. I got stung financially because I wasn’t aware of the problems and took too much interest in what it looked like. Now, when I look around a property, my focus is far more on the hardware and workings of the home. 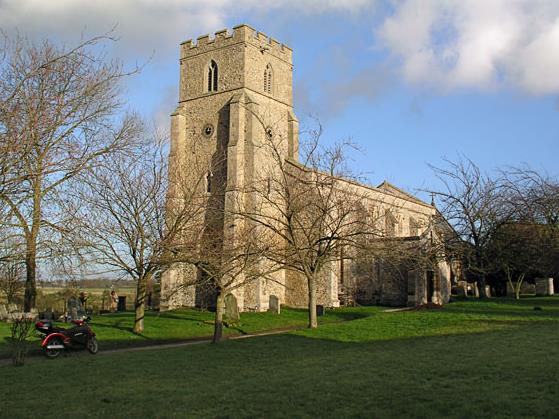 West Wratting is a pretty village located about ten miles from Cambridge. It has all the trappings of country life, including a decent pub called The Chestnut Tree and a church that can be traced back to the 12th century. The housing market is predominantly large in the area, with detached and semi-detached properties currently on the market for just £375,000. The average price for property in West Wratting stands at £625,556, according to zoopla.co.uk.