A MUSIC-lover is set to auction off his collection of 684 vinyl records made up of every UK number one hit single from 1952 to 1992.

Tim Claydon, 57, spent years hunting for singles to complete his collection after he bought his first vinyl record — The Beatles’ She Loves You — in 1963, aged just three.

The impressive stack of records dates back to November 1952, when the New Musical Express music paper published the first chart consisting solely of record sales.

The collection, which tells the story of the ‘golden era’ of the singles chart, includes artists such as Elvis Presley, The Beatles, ABBA, David Bowie, Madonna and The Rolling Stones.

The collection is the life’s work of Tim Claydon, who spent his spare time hunting for singles after being inspired by a childhood purchase.

He said: ‘My collection was fuelled by my grandmother taking me, in 1963 as a three-year-old, into Woolworths in Maldon High Street to buy my very first single — She Loves You by The Beatles. 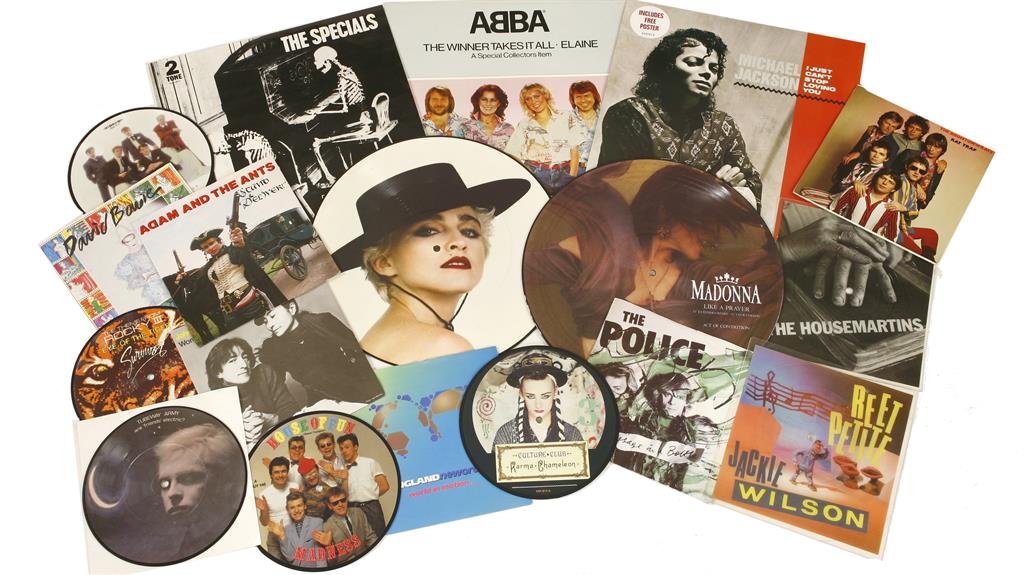 ‘As a young child I played my parents’ discs on our little record player, some 78s and some 45s.

‘When I wasn’t listening to those over and over again, I would be listening to Radio Caroline or Radio Luxembourg on our transistor radio.’

The collection dates back to November 1952, with the first UK number one hit Here In My Heart by Al Martino, released on a Shellac 78 record.

Other major firsts during the early years include the first number one by a female artist, You Belong To Me by Jo Stafford (1952). 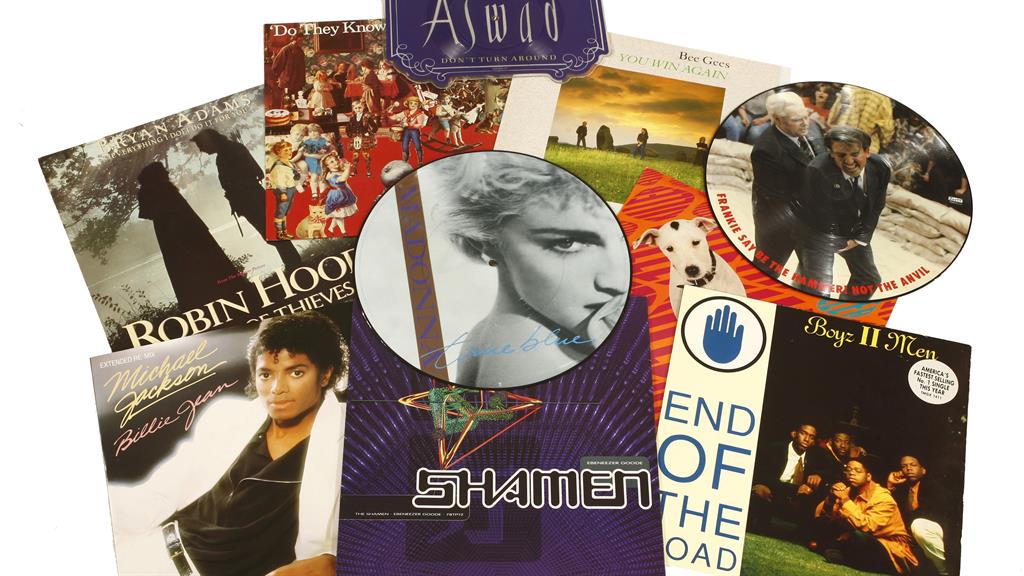 And Tim has the first number one hit by a black artist, Let’s Have Another Party by the Trinidadian pianist Winifred Atwell (1954).

The collection also charts the birth of musical genres and subcultures in Britain over the decades such as mod, soul, reggae, disco, glam rock and punk.

The collection ends in December 1992, when the chart rules changed and began to include sales of other formats including tape cassette singles.

The final song featured is I Will Always Love You by Whitney Houston, from the soundtrack to The Bodyguard.

The hugely popular song spent an impressive 10 weeks at the top of the UK chart and remains the best-selling single by a female artist.