THE mother of a British teenager found guilty of lying about being gang-raped in Cyprus has backed calls for tourists to boycott the country.

The 19-year-old was convicted on Monday of causing public mischief, prompting a #BoycottCyprus hashtag on Twitter.

Her mother told BBC Radio 4’s Today programme that she supported the campaign and that she believes the resort of Ayia Napa is dangerous.

‘The place isn’t safe — it is absolutely not safe,’ she said. ‘And if you go and report something that’s happened to you, you’re either laughed at, as far as I can tell, or, in the worst case, something like what’s happened to my daughter may happen.’

The teenager said she was raped by up to 12 Israeli tourists, aged between 15 and 20, in a hotel room in Ayia Napa on July 17. But she signed a retraction statement ten days later. She told Famagusta district court, in Paralimni, she was forced to change her account under pressure from Cypriot police. The Foreign Office has said it was ‘seriously concerned’ about the fairness of her trial and officials are understood to have raised the ‘deeply distressing case’ with Cypriot authorities.

Meanwhile, Cyprus has said it has ‘full confidence’ in its justice system.

Yesterday, the teenager’s mother said her daughter was experiencing post-traumatic stress disorder, hallucinations and was sleeping for up to 20 hours a day because of a condition called hypersomnia.

She has been on bail since August after a month behind bars and faces up to a year in jail and a £1,500 fine when sentenced on Tuesday.

‘She needs to get back to the UK to get treated — that’s my absolute primary focus,’ her mother said.

A crowdfunding appeal to raise money for legal support has passed £80,000. The girl’s mother said they would be appealing against the verdict ‘without question’. 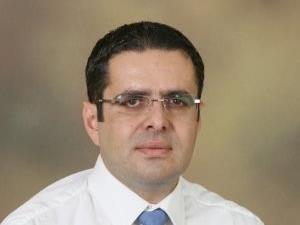 THE judge at the centre of the gang-rape case has been accused of treating the teenage defendant ‘shamefully’ during her trial.

District judge Michalis Papathanasiou (pictured) is said to have repeatedly lost his temper and shouted: ‘Show respect, face the front and you must respect this court.’

Dr Marios Matsakis, a forensic expert witness who gave evidence, said: ‘He was shouting, he was aggressive. It was shameful -judges like this should go home. It’s embarrassing.’

According to the Daily Mail, the defendant was ordered at least six times to sit down or step outside so the judge could hear separate cases. The judge also rejected bids for her bail conditions to be relaxed, dismissing suggestions she was suffering from post-traumatic stress disorder.

He also ‘scolded’ her lawyers Ritsa Pekri and Nicoletta Charalambidou.

Mr Papathanasiou said he believed the teenager had made false allegations because she felt ‘embarrassed’ after realising she had been filmed having sex in a video found on some of the Israelis’ mobile phones.