A CARTOONIST mum makes what are probably the world’s best packed lunches for her son — including sandwiches cut into emoji shapes.

She makes the snacks including Hello Kitty shaped sushi, cheese sandwiches shaped like Pokemon and Finding Nemo noodles and fish for her son to snack on in the afternoons.

The colourful dishes take her between ten to 40 minutes to construct, and she admits she’s ‘hooked’.

Kokoro makes the lunch boxes — called bento in Japan — to encourage Kenzo to eat new foods and stop him becoming picky, and said his friends gather around to check out his meals.

His favourite is poo emoji sandwiches and cookies — which his mum even puts in homemade ‘poop’ bags.

She also turns strawberries into rings he can wear, oranges into jewel-covered cupcakes and creates Peppa Pigs from real ham.

Arty Kokoro from Aarhus, Denmark, said: ‘Charaben is a phenomenon in Japan and I was fascinated when I saw pictures.

‘When I finally got my own son, I decided to make it for him at daycare. 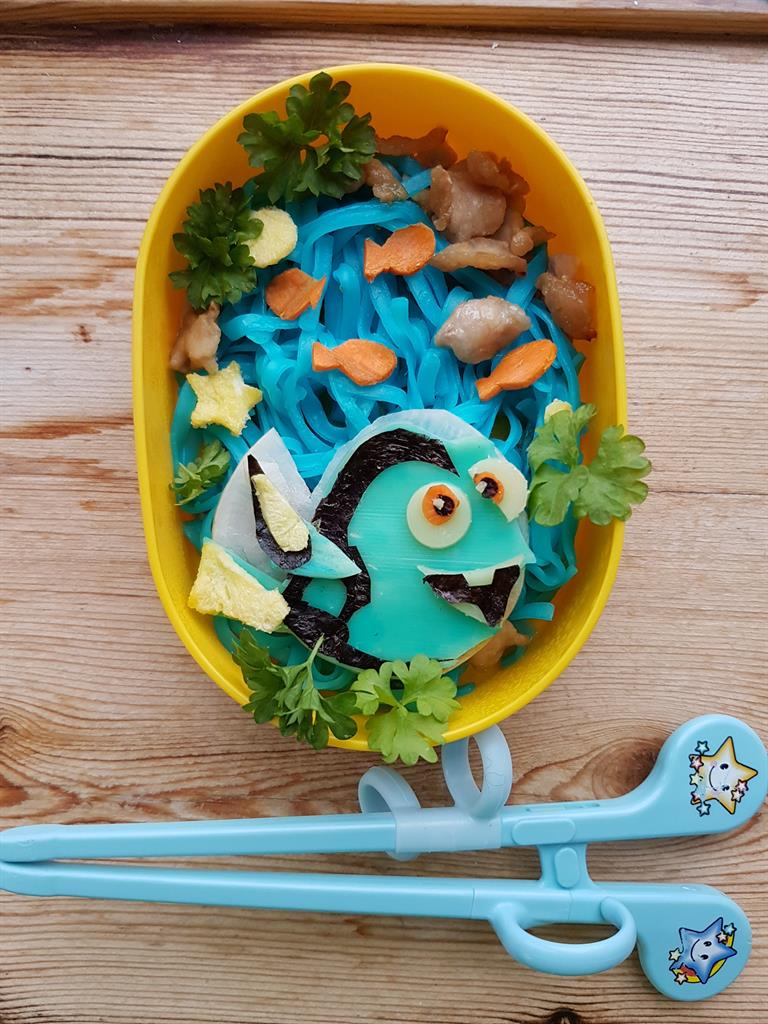 ‘It was a huge success — he loved it, his classmates loved it and even his teachers.

‘They took his bento and walked around the classroom to show other kids.

‘I wasn’t sure if Japanese fun bento lunches would be accepted or whether people would think it was strange, so I was a bit nervous. I didn’t want my son to be picked for being different.

‘But everybody said “wow”. Local kids encourage me to make more. 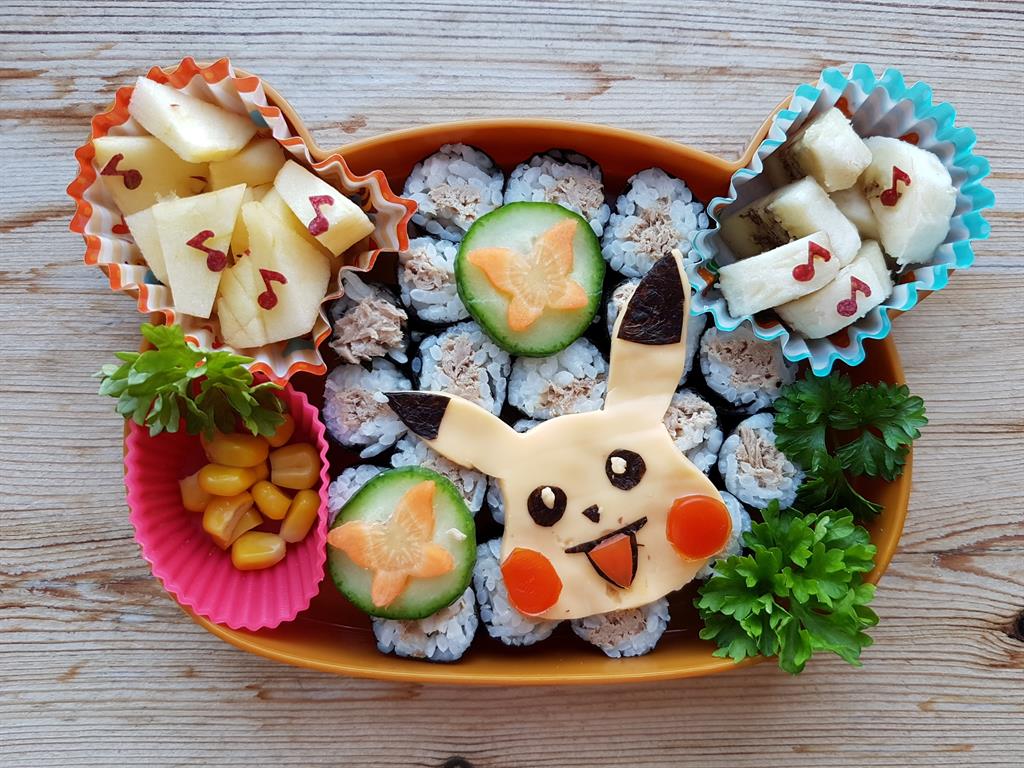 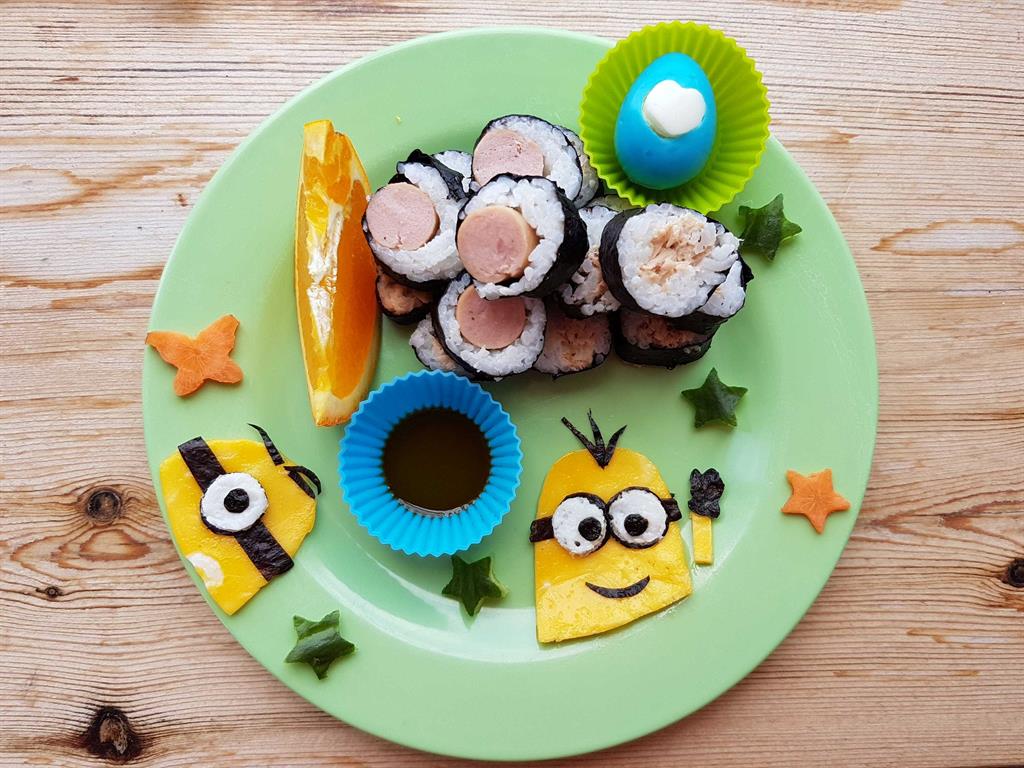 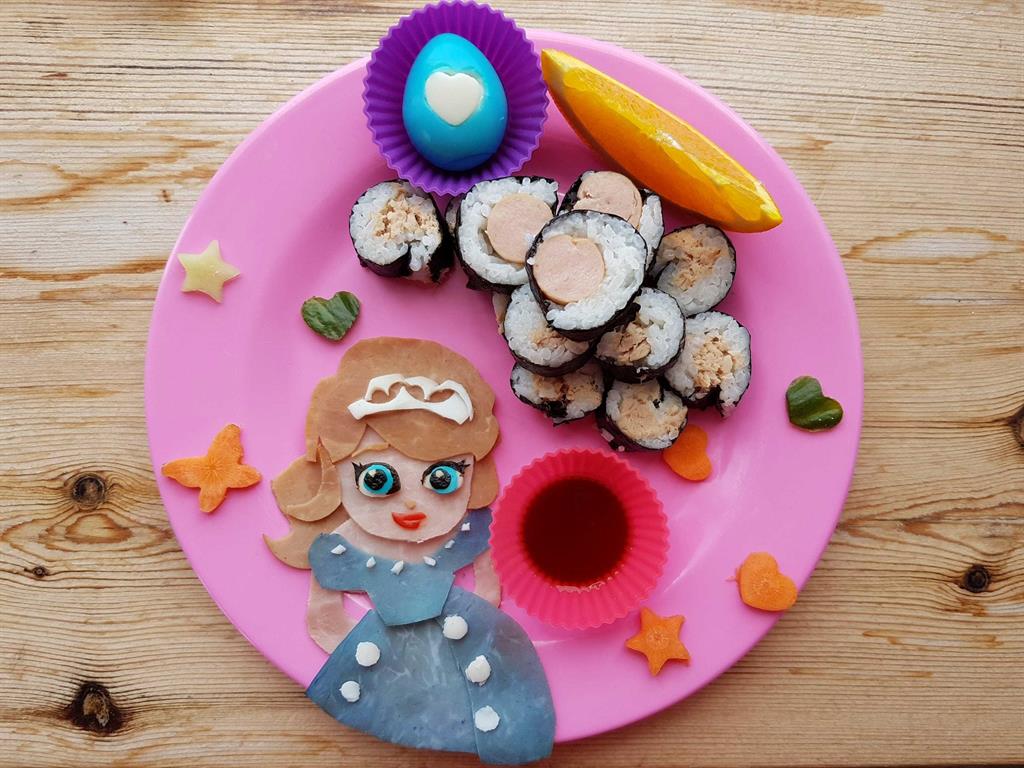 ‘I make them one or two times a week and it’s actually for his afternoon snacks.

‘I wanted to help my son to be curious of good food, and help him eat all sorts of food.

‘Kids are very visual. They really appreciate when food looks fun and pretty. 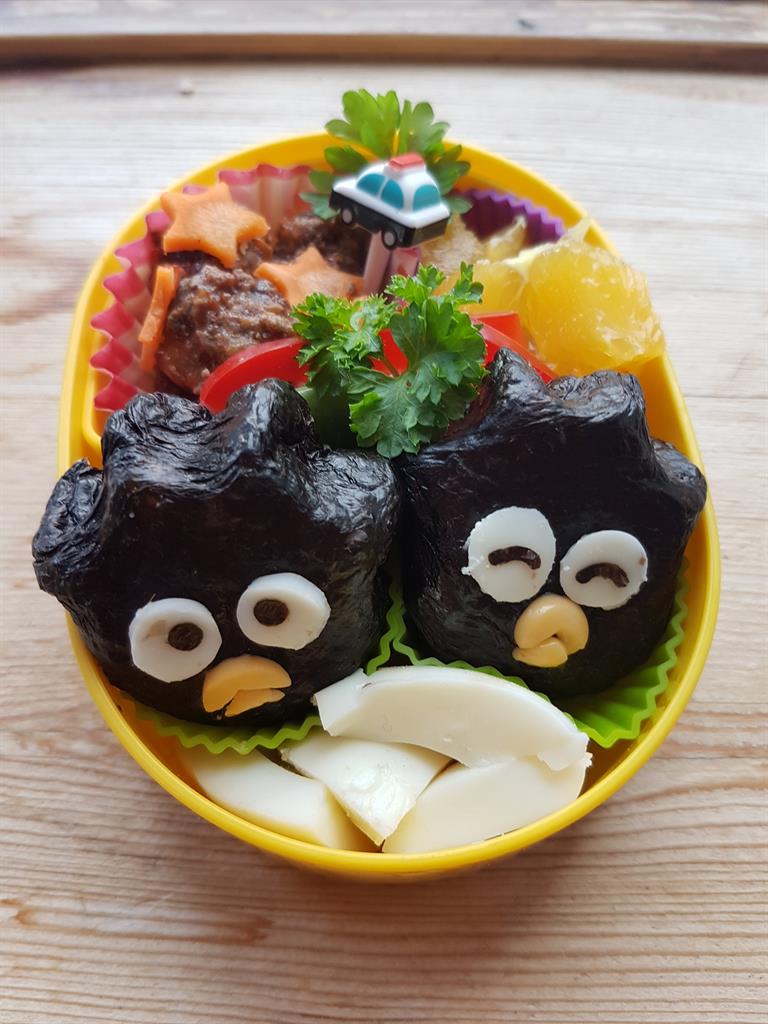 ‘I love it when kids at his kindergarten come to me and ask: “Can I see Kenzo’s lunchbox? Can I see?”.’

Charaben is a style of elaborately arranged bento which feature food decorated to look like characters.

Kokoro documents her creations on her blog at funkawaii.com