OF ALL retired sports stars, Steve Davis has to have one of the most fascinating post-retirement careers. Having initially maintained his competitive edge via pool, poker and chess, the six-times world snooker champion (below) has become a musical adventurer. The soul boy and prog-rock enthusiast has become a DJ of all manner of weird and wonderful records, and is now also a member of electronic trio The Utopia Strong, with Guapo guitarist Kavus Torabi and multi-instrumentalist Michael J. York, who has also played with Coil and Teleplasmiste. Not bad for a man once dubbed ‘Mr Boring’.

Having begun spinning krautrock and experimental records for a community radio station, he could surely not have envisaged how things would take off. ‘Kavus and I started DJing in the back room of Redchurch Brewery in Bethnal Green on a Friday night and we had a great laugh,’ Steve says.

‘We bumped into the guys who ran Bloc Weekend and they said come and play. BBC iPlayer did a feature on it and then the phone started ringing. Within two months we were DJjing at Glastonbury. You couldn’t make it up; it spiralled out of control.’ 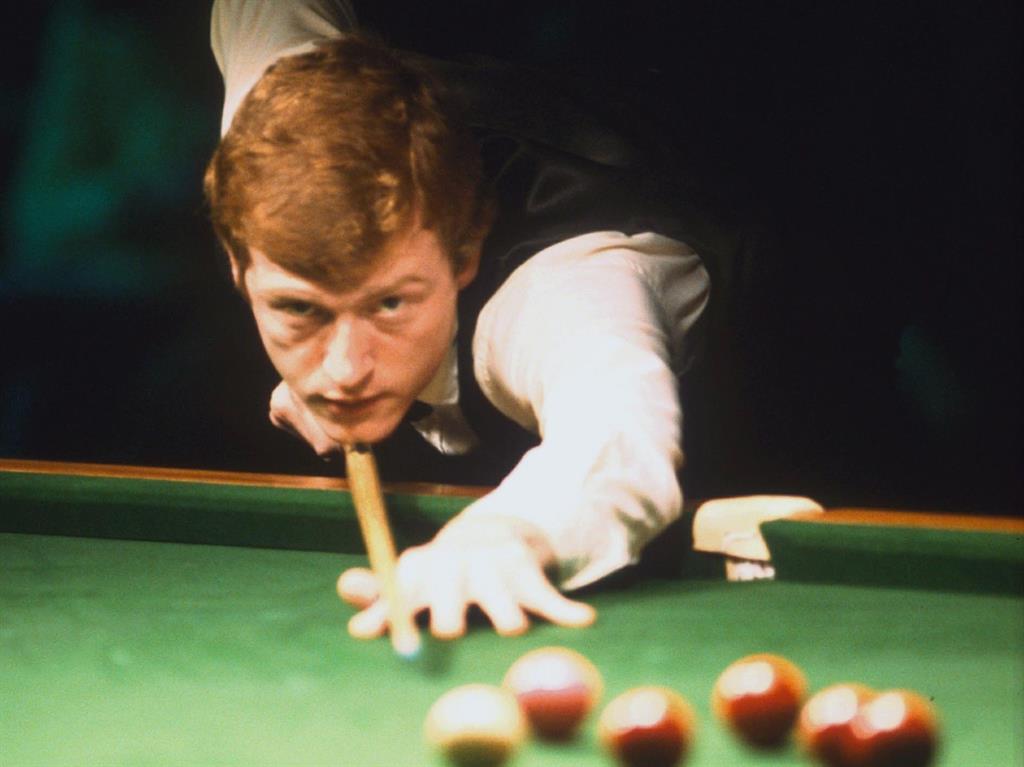 For a man whose previous recorded output was The Matchroom Mob’s 1986 single Snooker Loopy with Chas & Dave, the burbling motorik electronics of The Utopia Strong are light years away, propelled by Steve’s interest in modular synthesisers.

‘My gateway was going to Cafe Oto to see a guy from Teeth Of The Sea called Mike Bourne and his offshoot band, Hirvikolari,’ he says. ‘I thought, “What’s this thing he’s playing? It’s just a small box with wires and no keyboard.” So he was directly responsible for me buying a modular synthesiser and jumping in the deep end.

‘When the three of us got together to make music, it wasn’t with a view to making an album, we just thought we would have a laugh. But the next minute we’re doing one and then Rocket Recordings are asking if we can do some live gigs to coincide with it.’

How does Steve see his role in the band? ‘I’m realising that my interests are in supplying rhythms. There’s a benefit to me being in the band because there’s a novelty factor that has pricked a few ears up — but also it could work the other way and I turn out to be a liability!

‘We’re going to be playing improvised stuff live, which is more seat-of-the-pants stuff but more rewarding. It’s completely in the deep end for me, but why not?’

Steve might have delved into that world a lot earlier. Snooker’s world epicentre is at Sheffield’s Crucible Theatre; half a mile away, during Steve’s 1980s sporting dominance, was Warp Records — home to what are now two of his favourite artists: Autechre and Boards Of Canada.

‘I used to walk past it on the way to another shop but never went in because I wasn’t into that sort of music at the time. I could have bought myself some pretty valuable records,’ he says ruefully.

So, what do his old snooker colleagues think of his subsequent career path? ‘I’m not absolutely sure. A few of them probably think that I’ve completely lost the plot, but the rest would say, “Good on you, you’re enjoying yourself and that’s the main thing.”

‘When I was playing snooker, I never mixed that with the music, to the point that I have never even listened to music during events.

‘I didn’t want to listen to music I liked, because I didn’t want to associate it with the possibility of having a bad day — and you definitely do not want earworms while you are playing a match.’

Even as someone who played snooker in front of millions on TV, the prospect of playing live music to an audience is still a daunting one. ‘At the moment, I’m still in my shell thinking, “Blimey, look up!”

‘It’s quite strange as I have obviously played in front of lots of people, doing trick shots and entertaining, where you’re being a performer — but with this, I’m just getting over being overawed.’

■ The Utopia Strong support Teeth Of The Sea at Oslo, London on Thursday, before going on tour in December, theutopiastrong.bandcamp.com