SHOPPERS confronted a thug who was part of a moped gang that raided a designer watch store armed with knives and hammers.

One of the five raiders was wrestled to the ground during the robbery at Watches of Switzerland in London’s Regent Street yesterday.

Footage shows the gang running out of the shop and three of them jumping on to mopeds, one flees on foot and a fifth is tackled.

Police confirmed they had arrested a man after the raid but were still hunting the others. A scooter was left lying on its side in the shop doorway, while another lay fallen on the road. Weapons recovered included a knife with a very large blade and a hammer.

‘Staff on the doors of shops very swiftly got people in from the street. Some of the public managed to wrestle the guys to the ground,’ one witness told the Evening Standard.

It is the third raid at the firm’s West End stores in three months. The same shop was targeted in March and an Oxford Street branch was hit in April. 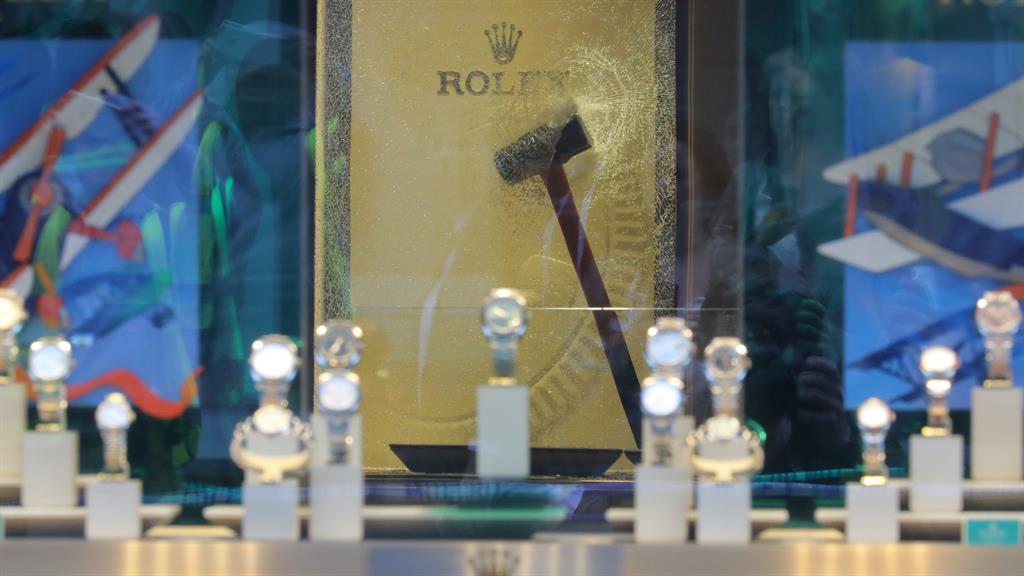