WE ALL enjoy a treat, whether it be a fresh coffee on the way to work, or a meal out with friends during the week. But cutting luxuries in the short to mid-term can lead to massive savings and help you to get your foot on the property ladder.

Buying your own home remains the number one life goal in the UK, ahead of paying bills, marriage and children, according to recent research by Direct Line. But with the average first-time buyer house price ranging from £126,000 in the north of England to £422,000 in Greater London, saving for a deposit has never been harder.

The minimum deposit for a mortgage now stands at five per cent but most first-time buyers opt to put down a larger sum to decrease their monthly payments. The average deposit for a first-time buyer is now a whopping £33,000, although it is still possible to buy with a deposit of under £10,000.

Charlotte Burns, money champion at the Money Advice Service, says saving carefully does not mean cutting out all treats, but it is important to prioritise. ‘Take a look at what you are spending money on and see where you can cut back. This will be different for everyone. For example, it is easy not to realise that you are spending hundreds on eating out. It is about getting smart with your money rather than missing out.’ There are a variety of tools online to help you budget and calculate savings at moneyadviceservice.org.uk.

It all adds up

So, what are the things that can ultimately save you the most cash? According to Scottish Trust Deed, cutting back on minor purchases can make all the difference. The average price of a coffee is £2.45, so it might be time to drop the daily habit of picking one up on the commute to work. If you buy one every weekday, this costs in the region of £600 a year, including a break for four weeks’ holiday. Buying breakfast or lunch every weekday can be expensive, even if you take advantage of meal deals, which range from £3.50 to £4. Spending £3.50 a day on food will cost you at least £840 a year, so taking sandwiches will be much more cost effective.

Jumping in a taxi home instead of walking or waiting for the bus may be convenient, but it comes with a heavy price tag. One Uber a week on the average journey will cost £10, an annual amount of £520. If you get an attack of fomo (fear of missing out) when your mates go out after work, remember the average price of drinks and a taxi home is £75, which will cost you £900 over 12 months, even if you only do it once a month. And what about the cinema?

According to Statista, the statistics portal, the average UK cinema ticket price is £7.49 and this is before you add snacks and drinks. A night out at the movies can cost around £15 a time, while a Netflix subscription is just £7.99 a month. Even if you only go to the cinema a couple of times a month, this can add up to £360 across the year. Gym membership can also be a big drain on your wallet with an average cost of £47 a month, racking up £564 a year. Taking part in free events, such as local park runs or commuting to work on your bicycle, would be a cheaper way of staying fit. Forking out for a haircut and colour every six weeks can also quickly mount up with the national average prices being £25 and £35 respectively. If you have an appointment eight times a year, as is usually recommended, than you will be paying out £480.

And do you really need a £16 tanning session every month, or could you convert to a tinted moisturiser for less than £10?

Male grooming is also an expensive treat, with the average cost of a hot towel shave at the barber’s being £14.10 and a beard trim £5. Cutting this weekly treat could save you between £260 and £733.

Going to a football match is another expense that quickly adds up. The average price of a Premiership ticket is just over £29, with a half-time pie and a cup of tea costing around £5. Together with after-match drinks and travel this can soon add up to £100 a game.

So you have identified what you need to cut down on but where is the best place to put your money?

For first-time buyers there are a number of options that can give you great rates of return within just one year. The Help to Buy Isa and Lifetime Isa both give you a 25 per cent bonus a year.

A Lifetime Isa will let you save a bit more, up to £4,000 a year which will gain a £1,000 bonus on top of this. Only those aged 18 to 40 are eligible and the money must be used for a first-time buyer property purchase or for retirement from age 60 onwards. The maximum bonus is £33,000. By giving up daily coffee and meal-deal lunches plus cutting out cinema trips and after-work drinks, within a year you could save £2,688 which would receive a £672 bonus in either of the Isa schemes. This would mean you were halfway towards a deposit on a £126,000 property.

If you plan to save for five to seven years then the biggest expense to cut might be an annual holiday, as the average Brit spends £856 on this. Invest this money in a Help to Buy or Lifetime Isa and you will make a return of £7,490 in seven years. This would be enough to secure a five per cent deposit on a property worth £150,000. If you are maxed out on Isa allowance, then you can put any remaining money into a regular savings account earning a return of up to five per cent interest. But always make sure you have an emergency fund for any unexpected payouts such as car repairs or buying a new washing machine.

Andrew Johnson, money expert at the Money Advice Service, says having a buffer of at least three months’ expenditure is vital. ‘This should be in an account that allows you to access the money instantly, without a penalty or fee.’

If you are hoping to save enough money for a property within five to seven years then low-risk cash options are best, says Warren Shute, certified financial planner and author of The Money Plan. But if you have more than seven years to save, then you may want to consider higher risk investments and introduce a global equity fund to boost the longer term returns.‘Your returns will reflect your experience and the economic climate at the time you’re invested, so it’s impossible to be certain what you will achieve,’ Warren says.

A SURVEY of 2,000 young Brits by Bellway Homes revealed that 87 per cent would not give up avocado toast in order to save for a house deposit. But Jessica, 27, and James McDonnell, 29, (inset) saved £8,000 in just a year and still ate their favourite snack. Their landlord was putting their house on the market and they wanted to buy it. They had only a year to save.

‘We had zero pounds in savings and were in overdraft. But now we have an eight per cent deposit,’ says Jessica, from Huddersfield. The couple, who have an income of £40,000 saved £200 a month each into two Help to Buy Isas and put away another £150 to £200 a month by selling on eBay, mystery shopping and doing online surveys. 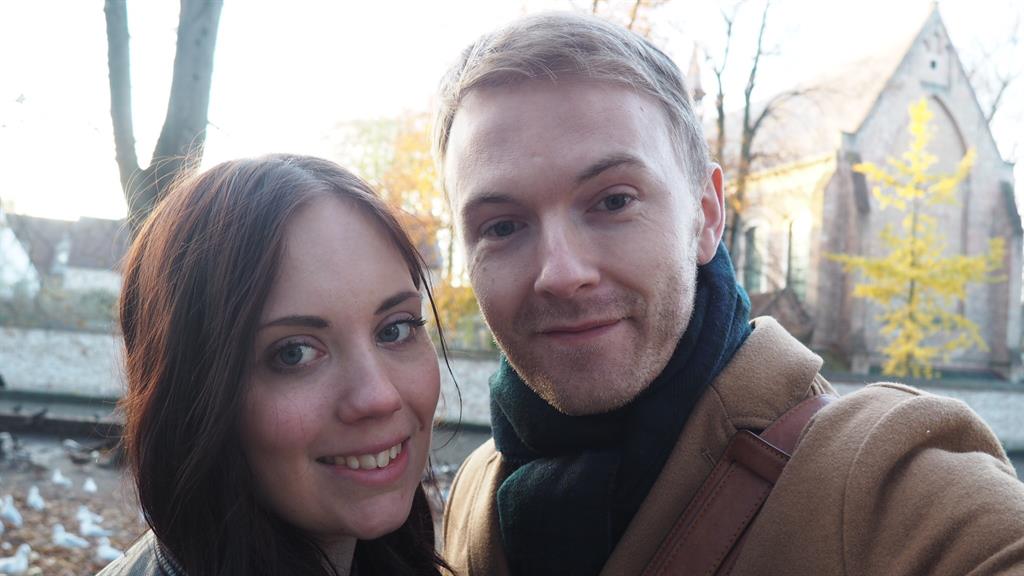 Much of their saving came from curbing eating out to once a month, rather than several times a week, and using a cheaper supermarket. ‘When we ate out we would spend £80 between two of us. We got our weekly food shop down from £50 to £20 on a good week and £30 on other weeks.’

Jessica, a PR account executive, cut her clothes spending, took lunch to work and bought a coffee once a fortnight. They stopped going to the cinema regularly and axed holidays, but kept their gym membership and Netflix. ‘It has been a bit difficult,’ Jessica admits. ‘Especially work social events, but my friends have been incredibly supportive and are going through the same thing.’