WITH more than a quarter of the UK workforce still furloughed from their jobs and many companies struggling with lower demand and rising costs, a wave of Covid-19 related unemployment seems unavoidable.

Respected thinktank the NIESR (National Institute of Economic and Social Research) reckons that one in ten of us will be unemployed by the end of this year, up from a norm of just four per cent.

Garry Young, deputy director of NIESR, says Rishi Sunak’s decision to withdraw the furlough scheme in October will be the cause of mounting job losses in the autumn, despite the Government’s promise to pay £1,000 per furloughed employee that companies bring back.

‘The scheme was intended by the Chancellor to be a bridge through the crisis and there is a risk that it is coming to an end prematurely — and this increases the probability of economic scarring,’ he says.

The OECD is even gloomier, believing it is likely that one in seven of us will be out of work, while a study of businesses by lender Marketfinance indicated that, for a quarter of furloughed workers, the stint off work could end in redundancy.

If you fear you will be among those affected — even if you think it might be a possibility — it makes sense to have a plan of action in place to deal with joblessness.

‘You don’t have to just sit and wait for the axe to fall, because there are things you can do right now that will make it easier to get a job later,’ says Sarah Coles, personal finance analyst at investment platform Hargreaves Lansdown.

So, here’s your guide to preparing for a period of joblessness.

Get your finances in order

If you are on furlough, chances are that money is already tight. Some generous employers top up the amount that’s being received to 100 per cent of salary, but even if that’s not your situation, you will still need to try your best to build up a cushion from your reduced earnings.

‘Facing redundancy can be an incredibly anxious time so it’s important to make sure you are in as good a position as possible financially,’ says Andrew Johnson, money expert at the Money And Pensions Service. ‘Start by looking at any areas where you could cut down spending in order to build up savings.’

Although it can be harder to remortgage with a new lender if you’re on furlough, you could ask your existing lender about cheaper home loans if you are on their standard rate, or see a mortgage broker with experience of remortgaging for furloughed workers.

With interest rates at record lows, some borrowers could shave hundreds of pounds a year off their mortgage payments. Don’t put this off if you fear redundancy, whether you are in work now or on furlough, as it will be far harder to remortgage if you don’t have a job later on.

While it has been possible to take payment holidays from some debts over lockdown, and this has been extended until October in many cases, experts warn that this can create problems later.

‘While this may seem appealing, consider if it’s the right solution. This is only a temporary option and there could be more suitable options to support you in the longer term,’ says Rebecca McNeil, CEO of Close Brothers Motor Finance.

‘Those who have car finance could consider alternatives such as making smaller monthly payments, downsizing your car, or even selling it on.’

Switching energy providers, selling your unwanted clutter on eBay and stopping non-vital subscriptions will all help put your finances in the best possible shape to weather joblessness.

Know your redundancy rights and check your legal protection

If you fear redundancy is coming, it’s important to know what rights and protections you have.

You are entitled to statutory redundancy pay if you have at least two years’ service, and this is paid on a scale depending on how many years you’ve been employed and at what age, and capped at 20 years’ service. The maximum you can receive is just under £16,000 under the statutory scheme, but some employers will pay more.

You also have the right to be consulted in advance, to be selected for redundancy using a fair and objective process and to take reasonable paid time off to look for alternative work or training.

This might be a good time to add legal expenses insurance to your home insurance cover if you do not have it already. This insurance is available for a small extra charge and you can call your insurance provider and have it added on. Legal expenses insurance can help with legal costs if you need to fight your employer over potential redundancy, while being a union member can often bring similar benefits. Always check what is available on your specific policy, rather than assuming you will be covered for employment disputes.

Get yourself ‘interview ready’

Now is also the time to think about future jobs and how to make yourself an attractive candidate.

With a huge influx of jobseekers in the market and far fewer hiring businesses, we could see competition increase by up to ten times.’

‘The job ladder has now become even more competitive than before, so it’s time to get those CVs up to scratch.’

Sarah, at Hargreaves Lansdown, points out that there is help available and you don’t need to wait until you lose your job.

‘You can use the ‘rapid response’ service from the Jobcentre, even if you just suspect you’ll be made redundant. It offers help with your CV and finding a job,’ she says.

Many companies will offer to pay for extra training or a careers consultant when they make people redundant, which can lead to employment opportunities.

The Chancellor is investing a further £32m in the service, so that it can help more people.

If you are young and at risk of unemployment, there’s even more available for you. Rishi Sunak’s new £2billion Kickstart scheme, aimed at those under 24, pays businesses to employ young people for six months — while there are also bonuses for companies employing apprentices under the age of 25.

Apprenticeships can be a great way of finding a new career and can be undertaken at many levels, including postgraduate degree level, allowing you to train in a new job without acquiring university debt. See gov.uk/apply-apprenticeship for more details.

Get financial help when it is needed

If you do lose your job, negotiating the financial safety nets available from the government can be confusing. The Citizens Advice website now has a dedicated coronavirus section (citizensadvice.org.uk/benefits) as well as links to your local bureau should you require more bespoke advice.

The website turn2us.org.uk/ also offers comprehensive help, and includes a benefits calculator and a helpline.

Try to see brighter days ahead

Redundancy is tough — emotionally, mentally and financially — but even in these difficult times it could be possible to turn the situation to your advantage by training in a skill you’ve always wanted to learn, or starting your own business.

STACEY PRITCHARD, 36, was made redundant from a large tobacco company last March. ‘It’s scary and affects your self-esteem,’ she says. ‘In my case only some of us got made redundant and that makes you think, “Why me?”

‘It was really tough for the first few months and I was angry.’

Stacey, who is a single parent to Carter, nine, was able to get Universal Credit from the government while she set up her own business, a wellness company called Planthaya (planthaya.com).

‘The business is going well now,’ she says, ‘but initially, obviously, it did not make much money so it was great to have that support.’

Running the company, which sells CBD products, has given Stacey more time to spend with Carter. ‘That’s been really important to me, and in the long run it has worked out.’

For those who are made redundant due to the pandemic, Stacey’s advice is that it is OK to spend some time grieving. ‘You have to cry and you have to get angry,’ she advises. ‘Give yourself a month to cry and get angry and then get on with the next thing.’

‘With hindsight, redundancy was an opportunity’ 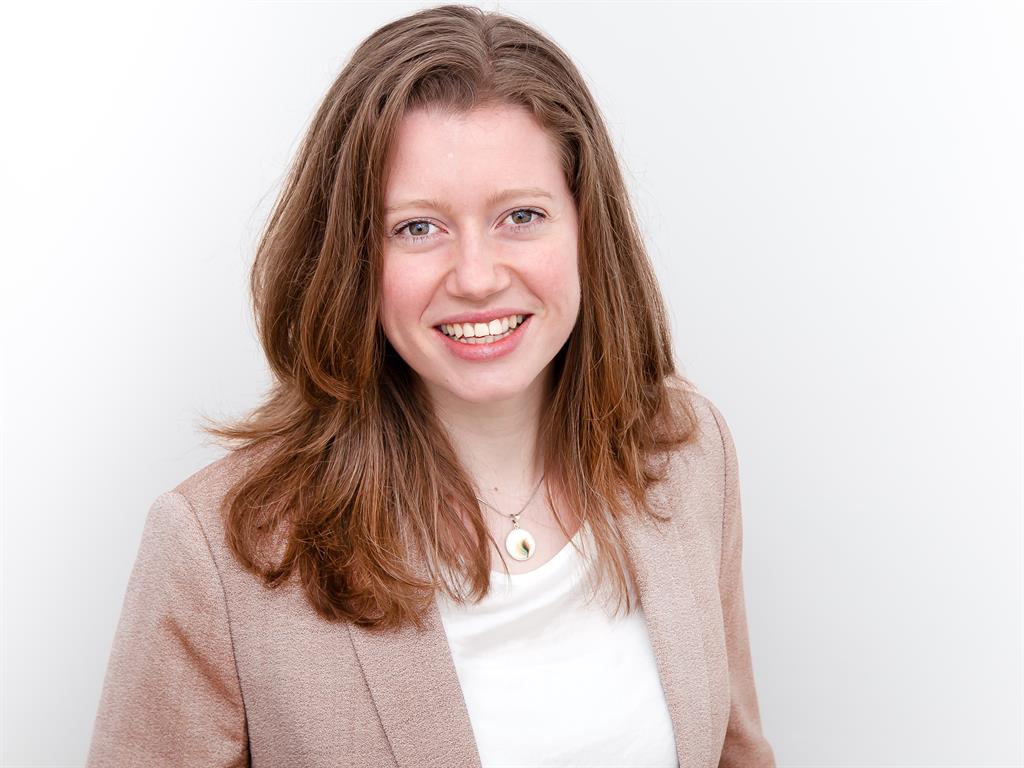 LUCINDA BRAY, 32, was made redundant from her marketing job in Edinburgh when her son, now four, was just 18-months-old. Lucinda (above) worked in financial services and said that she found the process very stressful and felt the company handled it badly.

‘They were almost flippant,’ she says. ‘They were getting rid of so many people that it felt really meaningless.’

Lucinda set up her own limited company, Futrsm.pl, in order to become a contractor in the same industry, but soon found that working for herself as a marketing expert was more fulfilling.

‘I would say to anyone who is made redundant that they have more skills than they think they have,’ she says. ‘If you’ve worked in a large company you’ve probably done one thing for a long time. The good thing about what happened to me is that the business got in a skills expert to talk to those of us who were being made redundant to help us realise what our skills and needs were. That really helped me.

‘Redundancy felt dreadful at the time; with hindsight I think it was an opportunity.’