IT’S hard to think about the cost of keeping your house warm this winter while we are enjoying the height of summer, but as the nights draw in, our energy bills will soar again, especially as it looks likely that many of us will still be working from home.

The average owner of a three-bed house pays £1,163 a year in energy bills, according to David Sykes, data scientist at Octopus Energy. It is estimated that working from home is adding an extra £32 a month to household energy bills, meaning that this average is likely to rise.

But some of us are spending this money simply to heat the air outside. Our homes are old and draughty, and many have inadequate insulation and single-glazing, so the heat our radiators pump out simply disappears into the atmosphere. Improving the energy efficiency of our houses could save hundreds of pounds and be good for the environment at the same time.

Rishi Sunak’s new Green Homes Grant, announced in the recent mini-budget, aims to deal with this issue while providing employment at the same time.

The chancellor promised ‘a green recovery with concern for environment at its heart’, and laid out the basics of a scheme where the government will reimburse citizens for their green home improvements.

Registration for the scheme opens in September, but it makes sense to evaluate what improvements are suitable for your home now, so that you can be at the front of the queue when the website goes live.

It is also wise to look at those green improvements that might not be reimbursable under the scheme, but can still save the planet and your wallet at the same time.

What do we know about the Green Homes Grant? There is frustratingly little detail available for homeowners at the moment. We know from Rishi Sunak’s speech that both homeowners and landlords will be able to apply for the scheme, which will be in the form of vouchers ‘to make their homes more energy efficient and create local jobs’.

Homeowners will apply online and be directed to accredited local installers, who will provide a quote for the work. Once the work is approved, a voucher for the government’s share of the cost will be issued. What is not clear yet is what types of green home improvements are included, although there have been hints.

Insulation and double glazing both seem to be strong contenders, having been mentioned by business secretary Alok Sharma, but it isn’t known whether you will be able to use these grants to pay for other energy-efficient measures such as replacing your boiler, installing solar panels or ground source heat pumps or replacing your halogen lightbulbs with LEDs.

Phil Kelly, head of sustainability and building physics at engineering and environmental consultancy Ramboll, says that there are still many questions to be answered about the scheme. ‘The government has pledged to provide vouchers to households to help improve energy efficiency, but it is still unclear whether these incentives will prove to be more than simply tokenistic nods towards energy improvements, and what types of measures would fall under this support,’ he says.

‘We urgently need to put measures in place to ensure that energy efficiency improvements truly deliver on the promised environmental savings, and avoid so-called greenwashing.’

Which energy-saving measures are value for money? Not all energy-saving projects are created equal in terms of the money you save. With the government footing two-thirds of the bill, some will pay for themselves in a single winter, but others will take years for financial benefit to filter through, even if the other benefits of living in a non-draughty house are felt far earlier.

The Energy Saving Trust provides estimates for the cost of many potential improvements, as well as the savings you could make. According to its calculations, increasing your loft insulation is one of the most cost-effective things to do, with the cost of 270mm insulation in a detached house just £395 a year, but it could save £275 a year on energy bills. With the government footing two-thirds of the cost, you would recoup your own outlay twice over in the first year.

Installing double glazing is a more expensive proposition, and the annual savings are smaller. The trust reckons this costs £4,250, and saves £85 a year. Even with the government footing two-thirds of the bill, it would still take 17 years to recoup your outlay from your energy bills, although you would also benefit in terms of decreased maintenance.

James Lee, marketing director of MyGlazing.com, the member site for the glazing industry’s trade body, is more optimistic, stating that upgrading both windows and doors saves an average of £215 a year.

‘It is estimated that 24 per cent of a home’s heat energy can escape through inefficient glazing,’ he says.

Another easy win to save money and the planet is to swap out your halogen bulbs for LED versions as and when they need replacing. Gavin Wilkes, director of Dynamic Build UK, which specialises in sustainable construction, says that these bulbs produce a more natural, warmer light than halogen bulbs, as well as pumping out less heat and being very energy efficient. Once all your bulbs are replaced, it will save about £40 a year for the average home, according to the Energy Saving Trust, while the bulbs are also likely to last far longer than halogen versions.

Most LED bulbs are now designed so that they retrofit into the fittings for halogen bulbs, and the bulbs have really come down in price, with boxes of six available from under £15.

The table from the Energy Saving Trust, below, shows the average cost and savings from different energy efficient improvements.

OK. So what can you do right now?

While we wait for the scheme to open, you can still save on your energy bills. For most of us, switching the tariff we are on with our energy providers will be the biggest saving possible. It could save you hundreds of pounds.

According to Moneysupermarket, the switching site, 11million British households on standard variable tariffs could save up to £300 per year if they switched to a cheaper fixed rate deal. Stephen Murray, the site’s energy expert, says that fixed-rate deals are currently good value thanks to depressed energy prices due to the Covid-19 pandemic.

‘If you’re on your supplier’s standard tariff, or if you haven’t switched for 12 months, you’re probably paying too much for your energy. You should therefore start to consider switching to a cheaper fixed rate now to get the best price possible and lock in energy costs for next winter whilst prices are low,’ he says. ‘Customers that switch save an average of £290.’

He recommends the Artichoke tariff from SO Energy, which is a tariff for both gas and electricity, where the electricity is 100 per cent from renewable sources. The tariff costs £845 a year based on average usage.

Using switching sites such as Moneysupermarket, Uswitch or Compare The Market is easy, but if you prefer you will also save money if you just ask your current provider to switch you onto its best-value tariff.

Other ways to save on your energy bills include swapping out your halogen bulbs for LED versions. Gavin Wilkes, Director of Dynamic Build UK, which specialises in sustainable construction, says that these bulbs produce a more natural, warmer light than halogen bulbs, pumping out less heat and are very energy efficient.

Once all your bulbs are replaced, it will save about £40 a year for the average home, according to the Energy Saving Trust, while the bulbs are also likely to last far longer than halogen versions.

A note of caution…

Finally, although the government scheme sounds generous, there is no guarantee that the accredited installers will be the right people to carry out energy improvements in your home. There have been lawsuits after botched green installations were carried out under previous government schemes, with particular problems surrounding incorrectly installed cavity wall insulation causing damp in properties.

Darren Jones MP has written to ministers expressing concern over what consumer protection will be available if installations go wrong. ‘It would be entirely unacceptable to start this programme without building in the systems required to give consumers the confidences to take part in this important initiative,’ he wrote.

As a householder, it will pay to be clear about what you need doing, and get several quotes if you can before proceeding, and check references as well. Going green can be good for your wallet as well as the planet, but only if it’s done with care.

Green savings at a glance

Some common green improvements and what they could save you. Figures given are for a detached house. 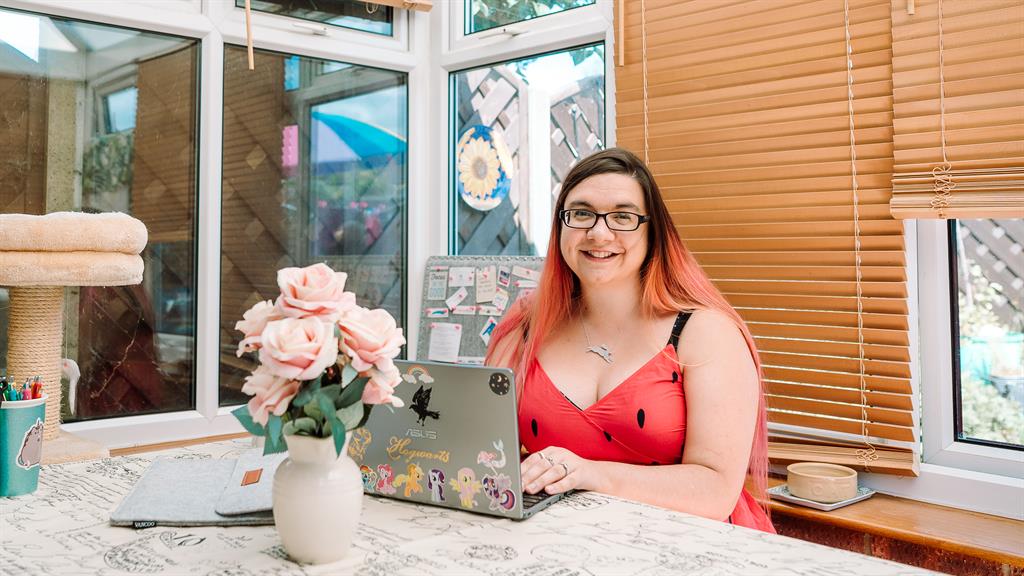 For photographer Carla Watkins, the government’s green offer represents the chance to save energy and make a space in her home more usable.

‘My 1970s semi has an old conservatory,’ the 34-year-old from Colchester (pictured above) says. ‘It’s not well built and stiflingly hot in the summer. In the winter, it’s so cold that I have to use the world’s biggest radiator.

‘I don’t yet know exactly what is covered under the government deal, but I’d hope to be able to do something with the roof and insulate it better. I’d also love solar panels.

‘I’m willing to put some money towards it, of course, but a government grant would make all the difference, especially since business has been tough over lockdown as I am self-employed.’ 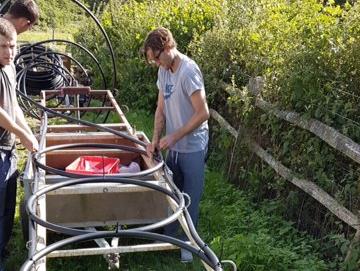 Alison Reddihough, 52, from East Grinstead, is already reaping the benefits of green improvements that have been paid for with government help. Together with her husband Simon (below) she runs personalised children’s books business Tickled Moon from her home, which is a converted barn with three-quarters of an acre of land.

The space gave the couple the opportunity to install a ground-source heat pump, left, which cost £40,000. The pump qualifies the couple for the government’s Renewable Heat Incentive, seven years’ worth of payouts that could amount to nearly £30,000.

‘Before we had the pump, I was always turning the thermostat up and then Simon was turning it down,’ she says. ‘Now we don’t have to worry.’ 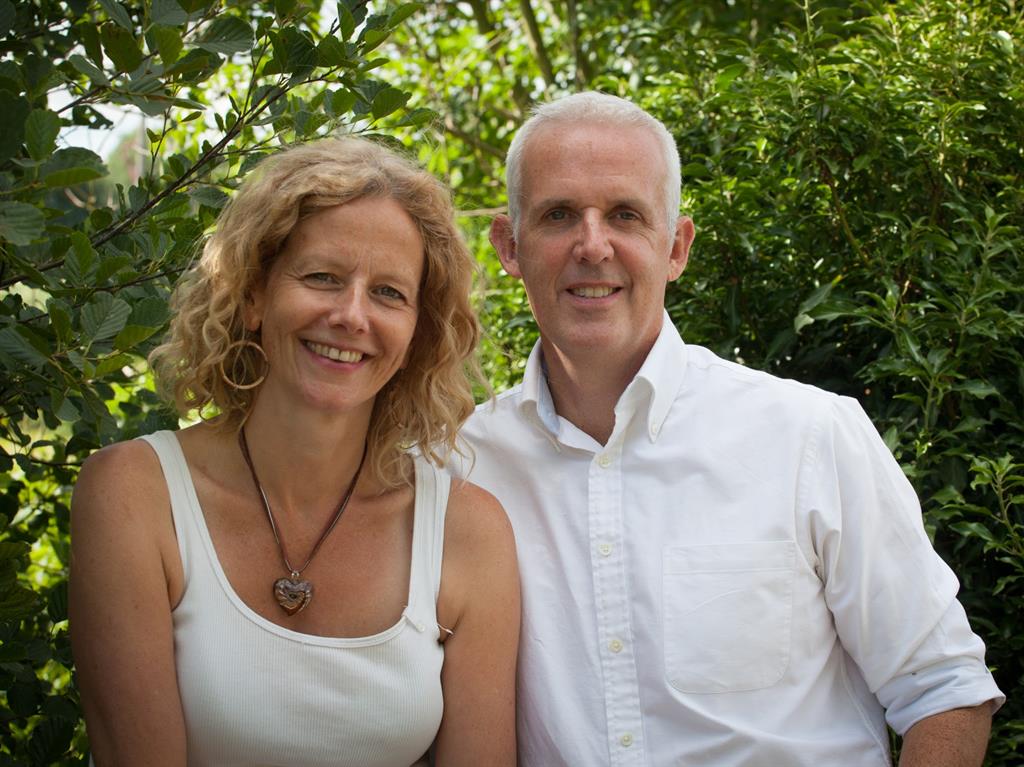 The pump powers underfloor heating in the house, and also heats water.

‘We have teenagers, so there are a lot of showers,’ Alison says.

‘It’s very nice not to have to worry about energy bills,’ says Simon. ‘But I don’t think we’d have done it without the government incentive. I think the chancellor’s idea to help pay for green improvements is really good.’