FOR centuries, what is now Queen Elizabeth Olympic Park in east London was a hive of factories and warehouses, with a rail depot connecting it to the docks. By the time the London Olympic team won its bid for 2012, however, the area had fallen into what looked like irreversible decline — its industry long gone and the site little more than a marshy decaying wasteland. At one point, it contained Europe’s tallest ‘fridge mountain.’

Indeed, it was proposals to regenerate the area as part of the Olympic project that helped London to win the bid.

Today, the latest project on the former Olympic site is one of its most ambitious. East Bank, a £1.1billion placemaker development, spread over three sites, will not only boast 600 new homes (35 per cent of them affordable) but promises to become a hub of culture, innovation, apprenticeships and employment.

East Bank, backed by significant investment from the Mayor of London, makes up ten acres of the total 650-acre site, part of which was used for water polo events during the Olympics.

Afterwards, the site was to have become entirely residential. But Rosanna Lawes, executive director of development for the London Legacy Development Corporation, said the authority revised its vision to ‘explore and enhance’ its location as a placemaker. ‘We saw it as an opportunity to stitch this part of London back into the capital,’ she says. ‘We looked at what had been done with the Great Exhibition of 1851 with the V&A, Imperial War Museum, the Science Museum and the Natural History Museum, and we wanted to replicate that. We wanted East Bank to connect the people of Stratford and east London with the culture of the capital.’

Today, four buildings — a Sadler’s Wells dance theatre, the V&A, the BBC and a new campus for University College London and UAL’s London College of Fashion — are rising simultaneously near the London Aquatics Centre site, close to the Westfield shopping centre.

UAL’s London College of Fashion will create a new campus for 6,500 students; Sadler’s Wells will build a 550-seat theatre, including a new choreographic centre and hip-hop academy, and will expand educational programmes in east London.

The BBC will build a new home for the BBC Symphony Orchestra, BBC Symphony Chorus, BBC singers and rock and pop recording facilities with public access for performances. The V&A, in partnership with the Smithsonian Institution, will create a new museum to explore their renowned collection, and will also open a new collection and research centre, nearby at Here East

Meanwhile, UCL, on the East Bank site, close to the London stadium, is creating a new campus — UCL East — for 4,000 students and staff. The whole development will bring 10,000 students to the site, delivering 2,500 jobs, and promises a £1.5billion boost to the economy. Planning permission was granted last year and construction on all four buildings started within months. The buildings will all open fully within the next three years, though all East Bank partners have begun workshops and programmes with schools and community groups. The residential development at the tip of the site will follow — four towers, delivered in three phases, offering 600 new homes, 210 of which will be offered with shared ownership. 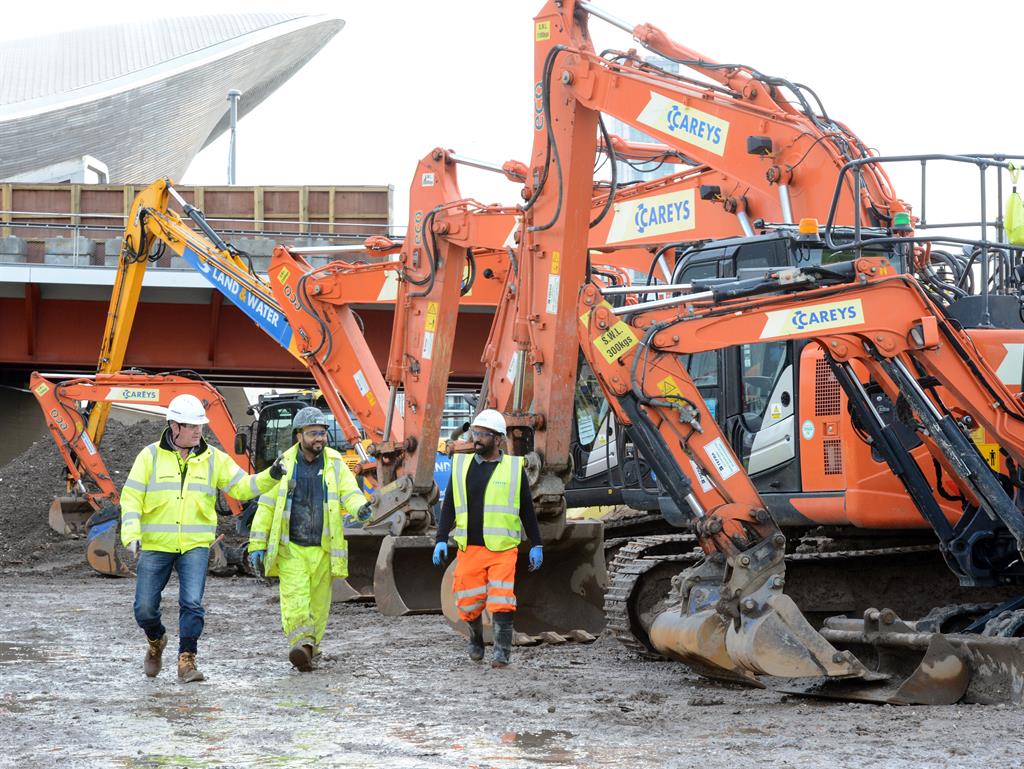 Residents on the wider former Olympic site will benefit from the latest development, with a new 216ft-long, 23ft-wide, 350-ton steel pedestrian and cycle bridge which was installed on Christmas Day and is due to open to the public in 2022.

The bridge links the new museums, theatres and music studios to the new business district at International Quarter London.

Swinging it into operation was something of a feat for LLDC partner and contractor Graham — it had to negotiate three Network Rail lines, two DLR lines and Carpenters Road. And East Bank is the largest cultural educational district to be created anywhere in Europe in a generation, and will be highly challenging.

‘It’s a really complex build,’ says Rosanna, who has worked on the Olympic site project since 2003. ‘There are 900 piles in the ground and the buildings are rising side by side. Deadlines are tight and working with the different needs of the new occupants — such as soundproofing for the new BBC music studios — has been challenging. But it is part of achieving that promise of legacy that was at the heart of our Olympic bid.

‘Residential housing is being provided on East Bank. But cities and places cannot just be made up of new homes.

The contract for building the new homes on Stratford Waterfront, East Bank, will be open to bids from developers in spring this year. There’ll be four towers on the edge of the site, offering 600 new homes, 35 per cent of them affordable. Work is due to begin in September 2022.

The development of museums, theatres, universities and homes will have a huge impact on the area: more than 2,500 jobs will be created in East Bank; and the development will generate an estimated £1.5billion for the economy. 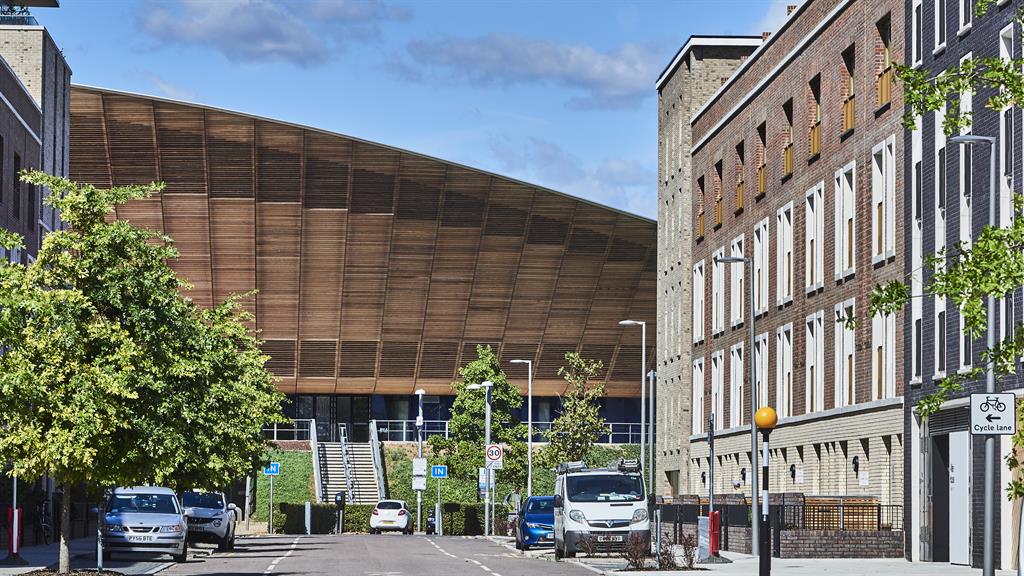 Developers: Chobham Manor LLP, which is a joint venture between Taylor Wimpey and L&Q, selected by the London Legacy Development Corporation. Homes are on sale now. chobhammanor.co.uk

Developers: A joint venture by Places for People and Balfour Beatty on behalf of the London Legacy Development Corporation. eastwickandsweetwater.co.uk 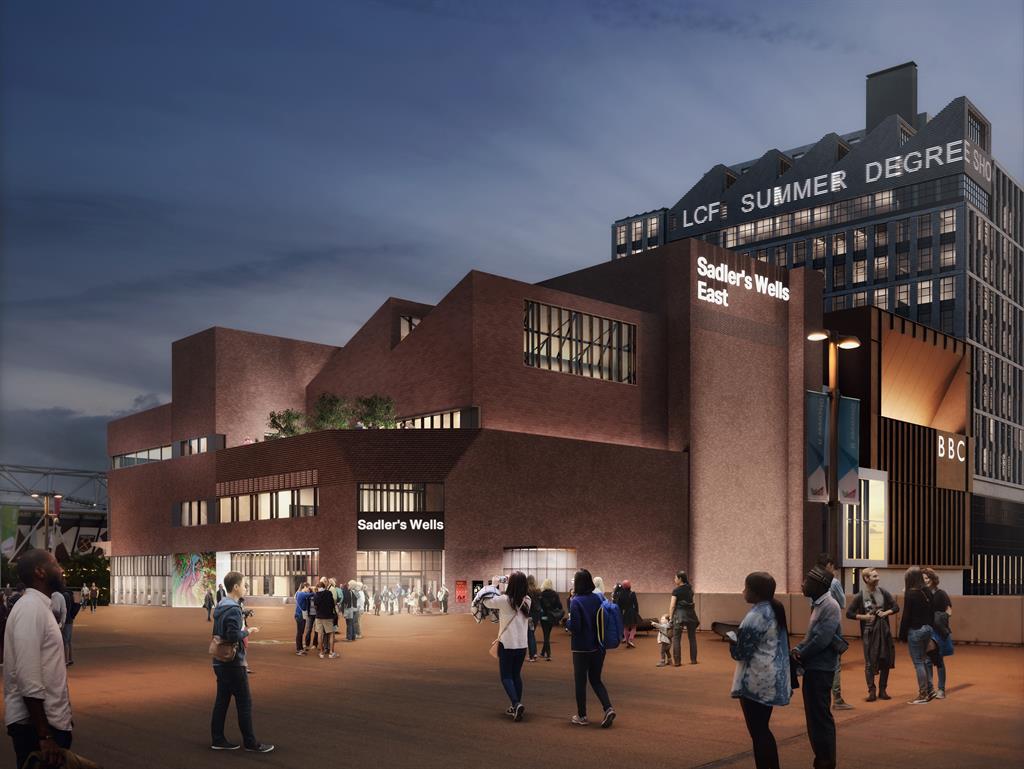 ■ The dance company will have a new 550-seat theatre 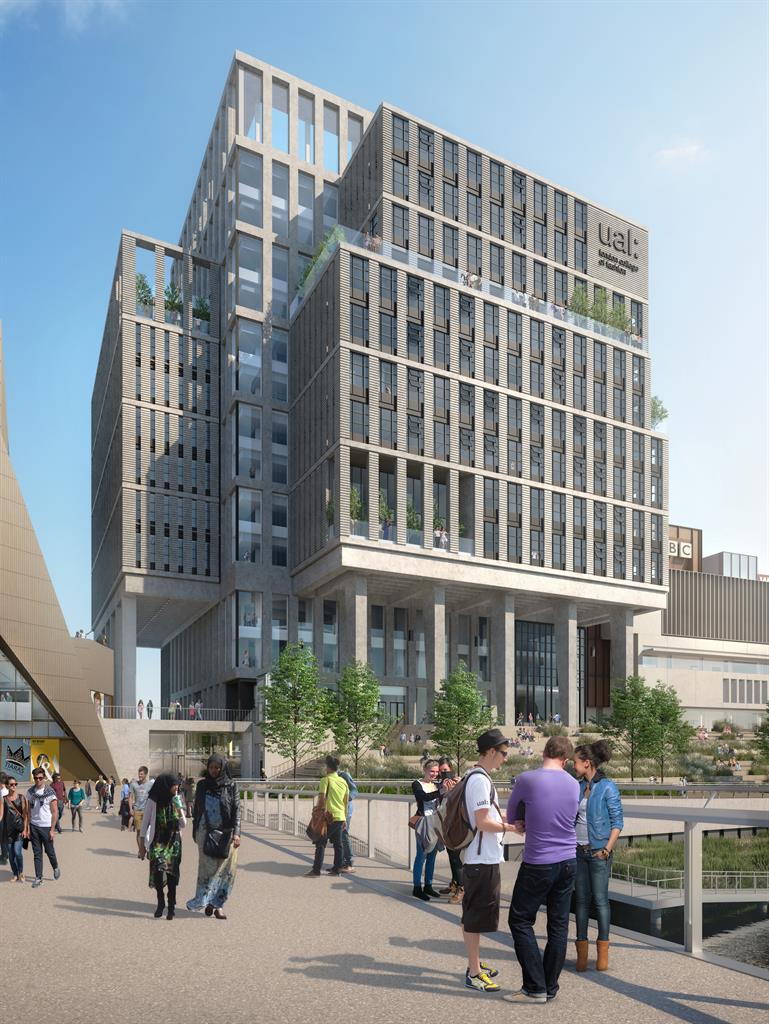 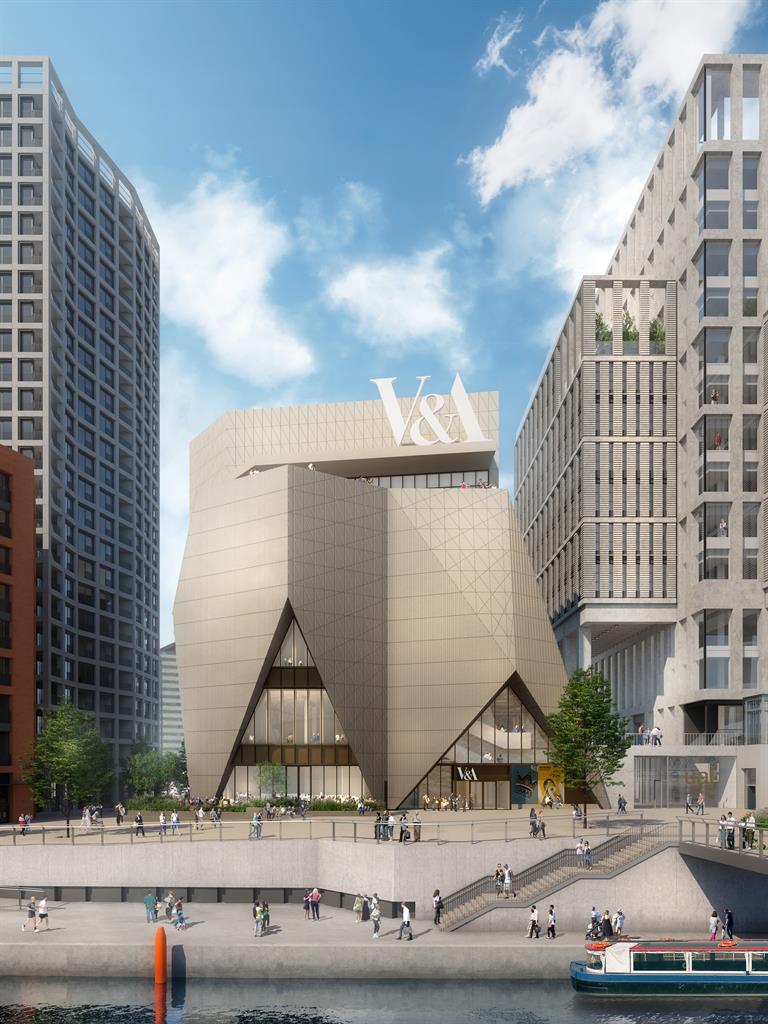 ■ The museum is opening a new Eastern branch