A MARRIED history teacher seduced at least five teenage pupils at one of South Africa’s most elite schools, an investigation has revealed.

Former model and Sports Illustrated ‘beauty’ Fiona Viotti, 30, was found to have had sex with the boys at Bishops Diocesan College in Cape Town between 2013 and 2019.

The school called in lawyers to investigate ex-water polo star Viotti — who is the niece of former South Africa rugby coach Nick Mallett — after an 18-year-old pupil claimed he had been in an ‘intense’ sexual relationship with her. He said she became controlling when he tried to end it, ‘pestering’ him with texts. He told his parents who informed the headmaster. 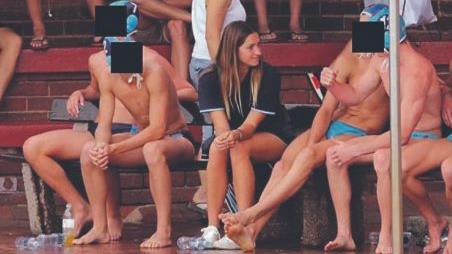 Viotti, who also coached the school water polo team, resigned in October before the allegations were made public. Investigators hired by the £15,000-a-year school found that she had targeted boys who were over the age of consent.

The affairs took place both before and after she married 32-year-old venture capitalist Pavo Viotti in 2018, they said. The couple have separated.

The teacher is known to have filmed explicit videos of herself which were shared within the school and online, but investigators failed to determine who she initially sent the footage to.

The probe found that she breached school codes and the education authority’s code of ethics, which probably means she will never teach again.

However, she will not face disciplinary action since she has already resigned. The report cleared other school officials of wrongdoing, saying there is no evidence they knew of her behaviour.

Viotti, one of the ‘Beauties of Sport’ featured in Sports Illustrated in 2009, is said to be receiving psychiatric help. She is not alleged to have broken any laws but could face civil lawsuits from the boys’ families.

The school’s head Guy Pearson said: ‘We are deeply saddened and remain committed to ensuring the mental health and well being of those affected.’