PRINCE William and Theresa May today joined those commemorating the lives of the victims of last year’s Manchester Arena suicide bombing.

The Duke of Cambridge and prime minister attended a remembrance service at Manchester Cathedral alongside some of the hundreds of those injured in the explosion — which went off after an Ariana Grande concert on May 22 — as well as the families of the 22 who were killed. 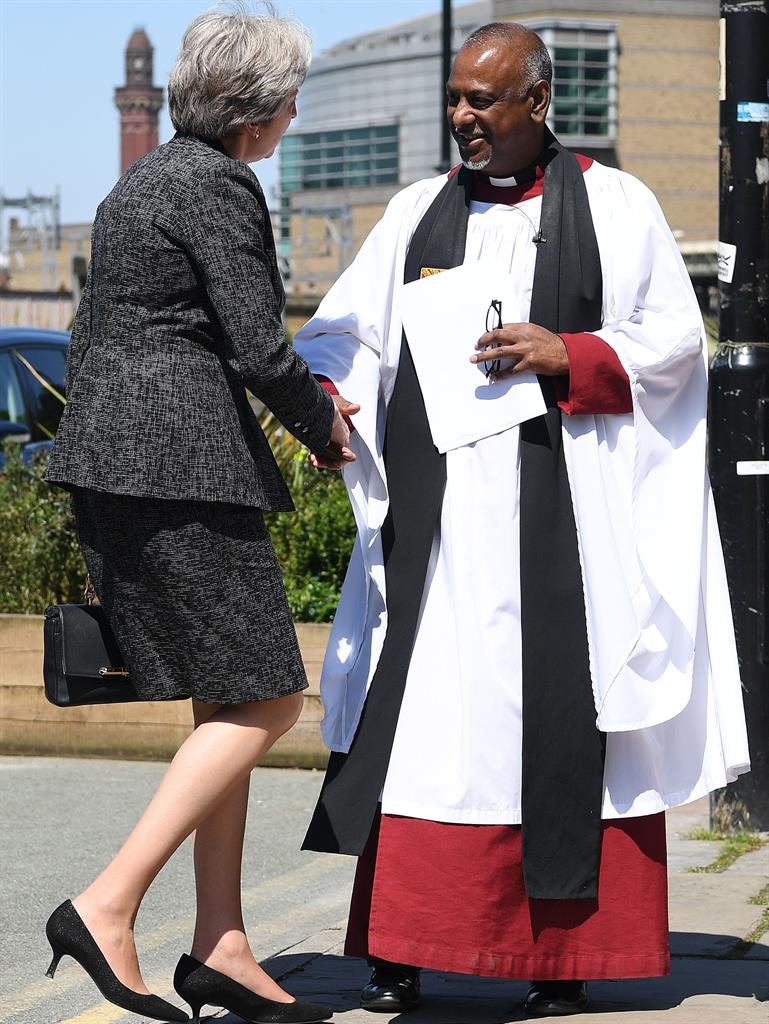 Before the cathedral fell into a minute’s silence — which was observed across the nation at 2.30pm — the Dean of Manchester, Rogers Govender, said: ‘In this service we come together as people of different faiths and none, as we remember with love before God those whose lives were lost, and those whose lives have been changed forever and have to live with the terrible memories of that day 12 months ago.

He added: ‘Everyone was loved so very dearly by people who are here today as well as by those who are not.

‘They will live on through those who love them… Those lost and their loved ones will forever be in the hearts of the people of Manchester.’

Outside, well-wishers laid floral bouquets and cards in the city’s St Ann’s Square, which became a focal point for mourners last year following the atrocity.

Thousands of messages of support on cardboard tags have been attached by members of the public to 28 Japanese maple trees, which form the Trees of Hope trail from the square to Victoria railway and tram station. 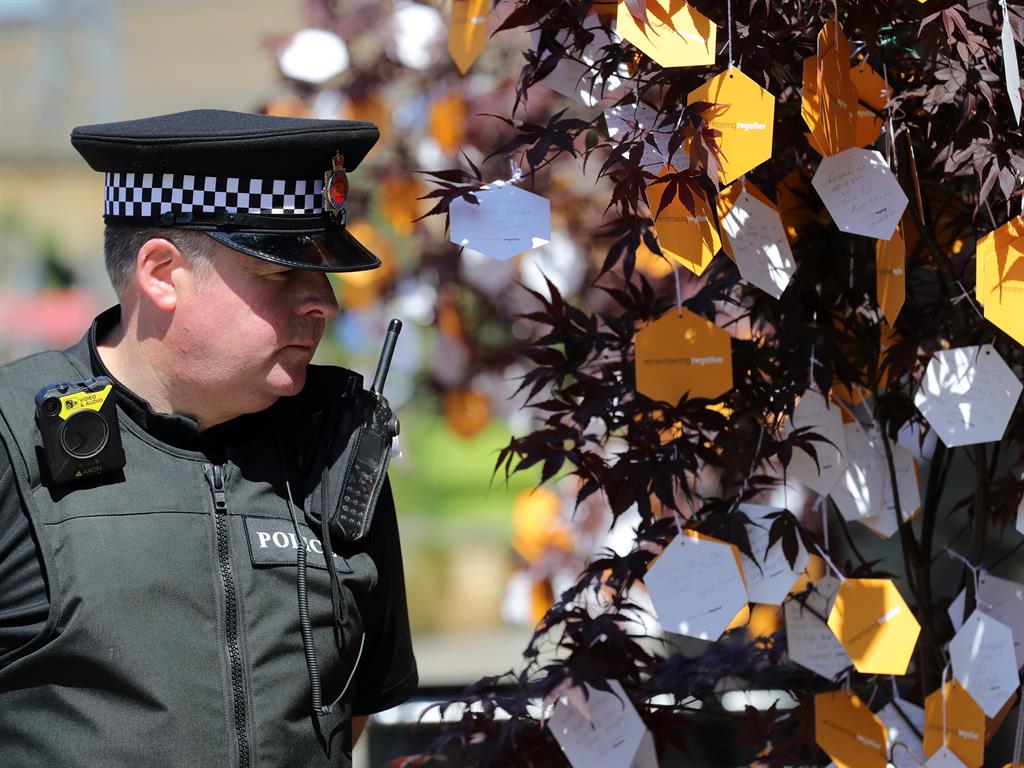 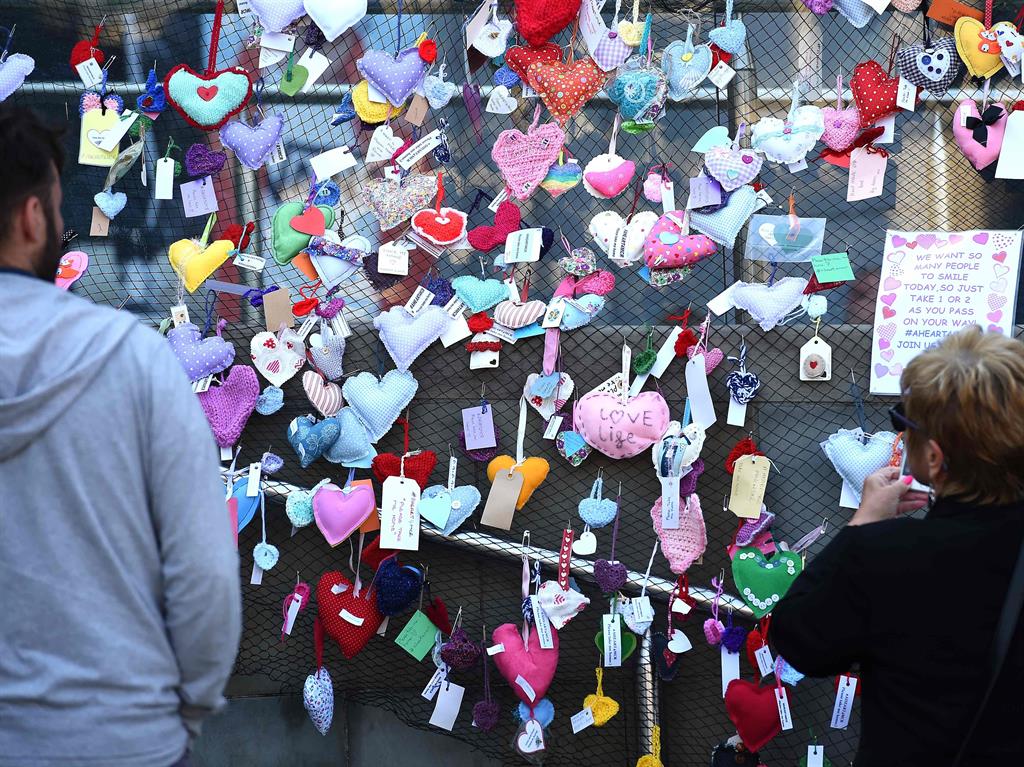 More than 7,000 handmade stitched hearts have also been dotted around the city centre, with people encouraged to smile on the day and take them as they pass as part of social media campaign #aheart4mcr.

Pop star Ariana Grande, 24 shared a touching message on social media as the families of victims and survivors prepared to mark the anniversary.

‘Thinking of you all today and every day,’ she wrote. ‘I love you with all of me and am sending you all of the light and warmth I have to offer on this challenging day.’

As well as the duke and prime minister, the service was attended by first responders to the scene, civic leaders and other national figures including Labour leader Jeremy Corbyn (pictured), SNP leader Nicola Sturgeon and Sir Vince Cable, the leader of the Liberal Democrats. 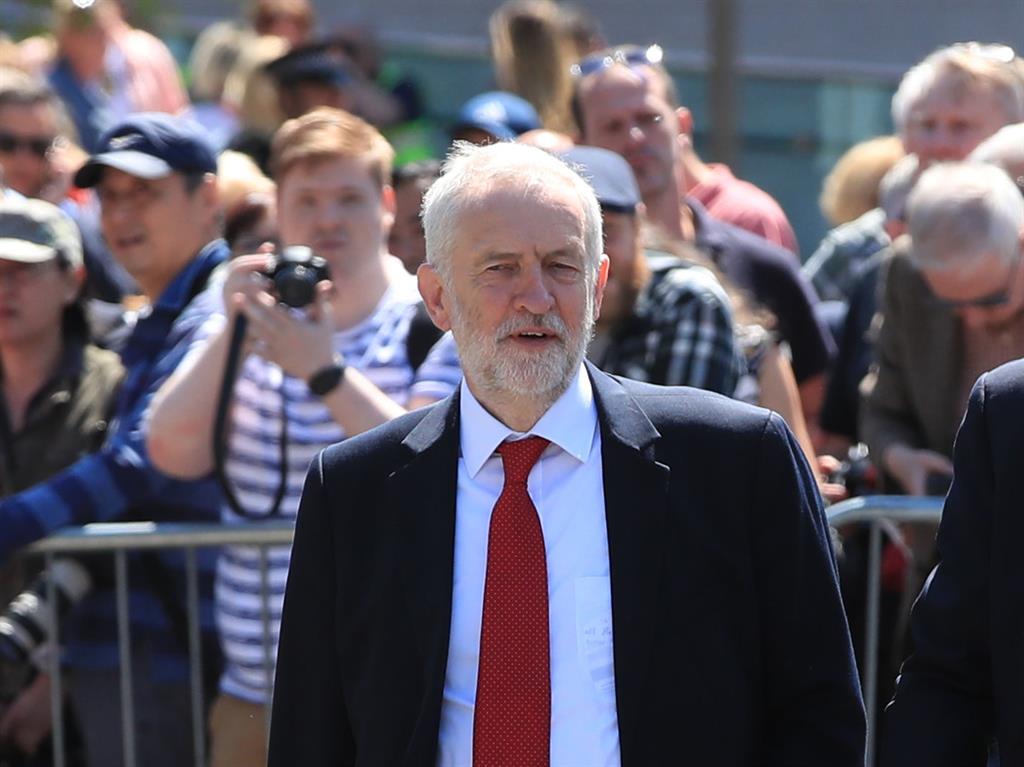 Greater Manchester Mayor Andy Burnham said it was a day to ‘come together’, tweeting: ‘Today… we remember each of the 22 people whose lives were taken & we re-commit to supporting their families & all affected.’

The silence was also marked at UK Government buildings, and at the Grenfell Inquiry in central London.

Members of the public watched proceedings on a big screen in nearby Cathedral Gardens, while the service was also screened at York Minster, Liverpool Metropolitan Cathedral and Glasgow Cathedral.

Prince William was due to meet some of the bereaved families privately following the multi-faith service, although some have chosen to mark the anniversary in private.

Later today, more than 3,000 singers from local choirs will join forces and share the spirit of solidarity at the Manchester Together: With One Voice event in the city’s Albert Square from 7.30pm-9pm.

Among those performing are the Manchester Survivors Choir, a group made up of people who were at the arena on the night of the fateful concert, and Parrs Wood High School’s Harmony Group, whose post-attack tribute went viral last year.

A mass 30-minute communal singalong finale promises to be the highlight of the concert, with songs including Grande’s One Last Time, One Day Like This by Elbow, Don’t Look Back In Anger by Oasis and Never Forget by Take That.

At 10.31pm, bells will ring out from the city’s Town Hall, St Ann’s Church and St Mary’s RC Church to mark the moment when the attack took place 12 months ago.

Salman Abedi, 22, detonated his suicide bomb device at the end of the concert with 353 people, including 175 children, around him in the foyer of the venue.

A total of 22 people were killed and more than 800 others were either physically or psychologically injured.