MINISTERS lined up to praise footballer Marcus Rashford for his free school meals campaign yesterday — when they could remember his name.

The Manchester United and England star forced No.10 into a U-turn on Tuesday when it committed to cover meals for 1.3million vulnerable children in England over the summer holidays — 24 hours after dismissing the idea.

Despite widespread praise for the 22-year-old, health secretary Matt Hancock suffered a slip of the tongue and called him ‘Daniel Rashford’ on Sky News. He later told LBC: ‘Maybe I had Harry Potter on the mind’, blaming his child’s fondness for JK Rowling’s novels which were turned into films starring Daniel Radcliffe. 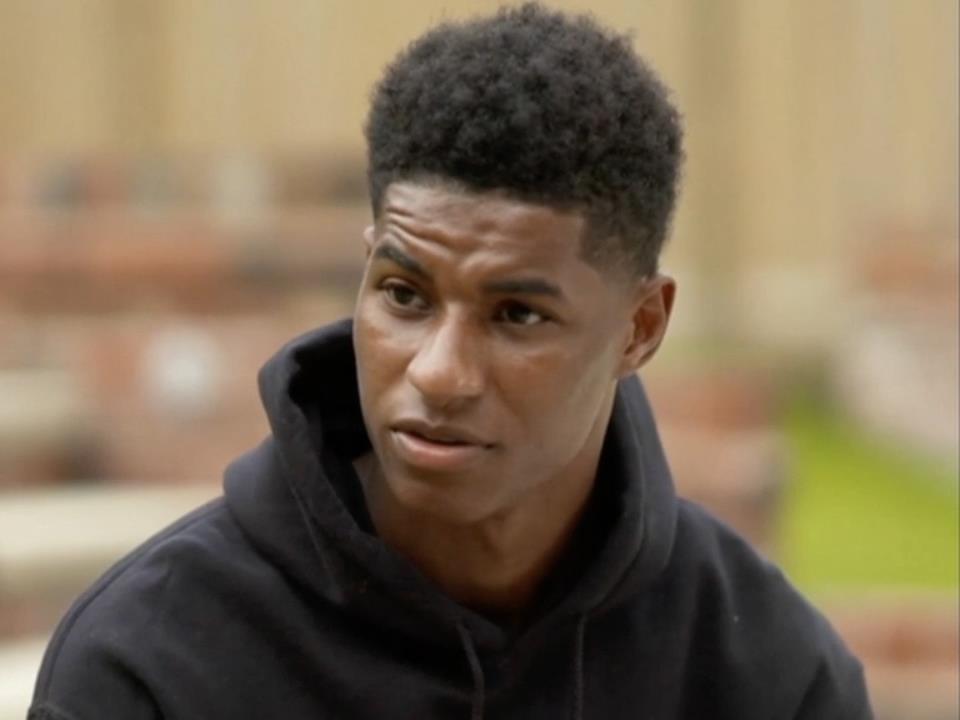 Rashford laughed off Mr Hancock’s mistake and tweeted: ‘I’ve been called much worse over the last couple of days.’ He told BBC Breakfast he was ‘shocked’ by the U-turn, adding: ‘It’s a big decision for someone to make and I’m just grateful that the prime minister did change his decision and he understood.

‘I spoke to him and thanked him for that — it’s a nice feeling but I’m just happy that people’s lives, and people’s summers especially, have been changed for the better.’

Rashford, who has spoken about his own experiences of child poverty, had already helped raise £20million to feed children during the lockdown. But he said that families were ‘struggling all year round’ and vowed to carry on his campaign.

‘I don’t want this to be the end of it because there are definitely more steps that need to be taken,’ he added.

In the Commons, Mr Johnson said: ‘I am very pleased that we are going to be able to deliver a Covid summer food package to some of the poorest families in this country.’

The SNP’s Westminster leader Ian Blackford told MPs the player had ‘shown more moral leadership in tackling poverty in a matter of days than this Tory government has in this past decade of cuts’.