PEP GUARDIOLA admitted Manchester City have ‘a lot’ of ground to make up in the title race after a shock 2-0 home defeat to Wolves left the champions eight points adrift of Liverpool in the Premier League table.

Two late Adama Traore goals at the Etihad Stadium condemned City to their second league defeat of the season after Jurgen Klopp’s Liverpool extended their perfect record following a stoppage-time winner against Leicester on Saturday. 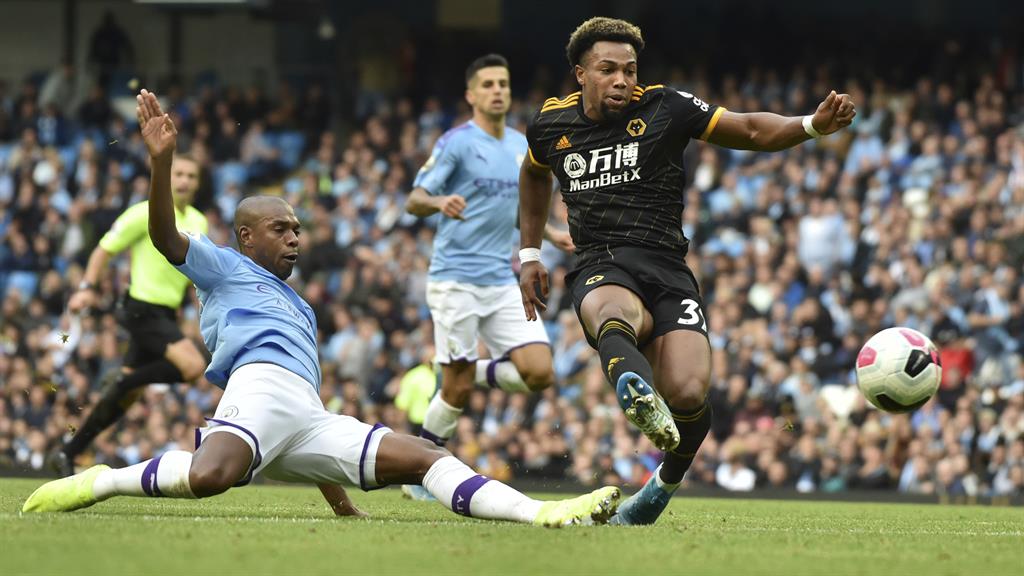 ‘It is a lot of points,’ admitted City boss Guardiola. ‘They didn’t drop points. From many circumstances they haven’t dropped points. But when one team is eight points in front it is better not to think too much about that. It is better to think about what is next.

‘It was a bad day, sometimes it happens. We started quite well and after we conceded, two situations in our build-up where it’s impossible to defend, we got a little bit nervous.

‘We controlled them better in the second half but at the end, with us attacking and people up front, we lost balls in positions where it is so difficult and they were clinical. Before that we hit the post, we had actions but the way we played was not good.’

City’s defence had looked unsteady in the first half and Wolves spurned a handful of gilt-edged chances before the hosts cranked up the pressure in the second half. David Silva hit the woodwork from a free-kick but Wolves were resolute and pounced late on as Raul Jimenez twice teed up the lightning quick Traore for breakaway goals.

Guardiola added: ‘We lost to a good team that were really well organised, good physicality, strong in the air and so fast on the counter-attack.’

City were without Kevin De Bruyne, while Benjamin Mendy was ruled out before the game with a hamstring injury and Kyle Walker went off at half-time with a stomach infection.

‘In the last weeks he didn’t train well,’ said Guardiola. ‘He lost a bit of weight and he made an incredible effort to play. At half-time he said he did not feel good so we made the substitution.’