A THREE-TIER system of local restrictions is due to be announced on Monday — with pubs, bars and restaurants facing shutdown and families banned from meeting in each other’s homes.

Housing secretary Robert Jenrick (pictured) confirmed the measures were being considered by ministers, a day after a tightening of lockdown rules was announced in Scotland.

Civic leaders are furious with the government after the plans were apparently leaked without consulting them first. Under the ‘traffic light’ system, hospitality venues in towns and cities classified as level two (amber) or three (red) would have to close their doors while offices and schools remain open. Commuters will be told it is safe to use public transport. But households will be banned from mixing.

If the area is level one (green), residents must obey the rule of six and the 10pm curfew still applies. 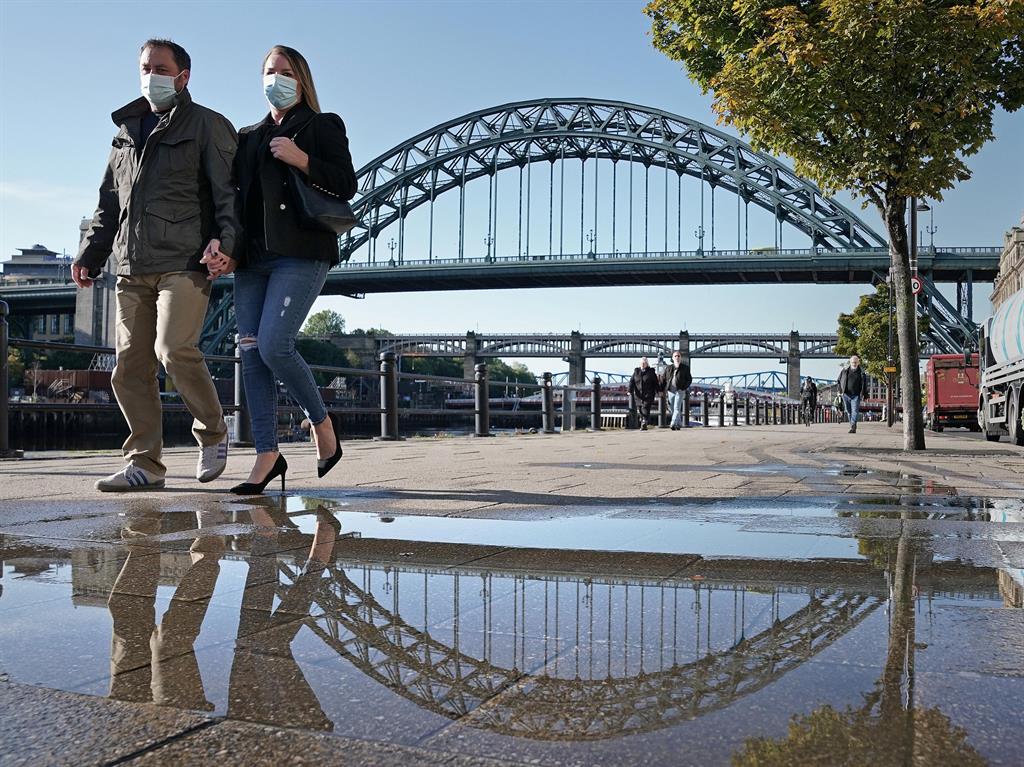 Tier three areas are said to include Manchester, Liverpool, Newcastle and all but three London boroughs. The threat comes as Britain recorded another 17,540 cases of Covid-19 yesterday, while another 77 people died — taking the overall official death toll to 42,592. Separate figures showed there were 3,044 Covid-19 patients in hospital in England, up from 1,995 a week ago, while 368 people were on ventilators, up from 285.

Health secretary Matt Hancock said the nation had reached a ‘perilous moment’ in the coronavirus pandemic, adding: ‘Our strategy is simple — suppress the virus, supporting the economy, education and the NHS until a vaccine can make us safe.’ Earlier, Mr Jenrick said: ‘We are currently considering what steps we should take, obviously taking the advice of our scientific and medical advisers, and a decision will be made shortly.’

He tweeted: ‘The first time I heard that all bars and restaurants across the North are to close was when I read it in @thetimes.

‘I’ve had two meetings with Cabinet Ministers this week along with other Mayors and it wasn’t mentioned once.’

He also accused the government of ‘losing the dressing room’, adding: ‘What they are doing is imposing rather than negotiating, and there is a very big difference between those two things when we know millions of people’s lives will be affected by these things.’

Liverpool City Region metro mayor Steve Rotheram said: ‘At the moment, we have a patchwork of local measures across the country and too much confusion for the public as a result.’ Metro reported yesterday on figures suggesting local lockdown restrictions had failed to curb the spread of Covid-19 in the worst-hit areas.

Infection rates have soared in 19 out of 20 towns and cities where they have been imposed since July 30, analysis of Public Health England and government statistics by the Labour Party revealed.

Around 18million people are living under local lockdown restrictions.

Boris Johnson’s official spokesman said: ‘We are seeing coronavirus cases rise across the entire country but they are rising faster in the north-east and north-west.

‘We are keeping the data under close review and are considering a range of options to reduce the spread of the virus in order to protect communities and to protect the NHS.

‘Early data does suggest that a significant proportion of exposure to the virus is seen in the hospitality sector.

‘The data is new and we will continue to gather evidence and review it.’

Tier One (Green): Where there are fewer than 20 cases per 100,000 people, social distancing and ‘rule of six’ restrictions on social gatherings will apply. A 10pm curfew on pubs, bars and restaurants remains in place.

Tier Two (Amber): Between 20 and 50 cases per 100,000 people. All Tier One restrictions apply plus a ban on households mixing.

Tier Three (Red): More than 50 cases per 100,000 people. Tier One and Two restrictions apply. Pubs, bars and restaurants will be closed.