ARSENAL match-winner Reiss Nelson said it was great to see Mikel Arteta’s ‘aggressive side’ after the Gunners manager read his team the riot act during their FA Cup victory over Leeds.

The hosts were second-best for much of the opening 45 minutes at the Emirates and the visitors wasted a number of fine opportunities to take the lead.

The hosts were much improved after the break, securing a fourth-round trip to Bournemouth thanks to Nelson’s tap-in after a half-time talk in which captain Alexandre Lacazette (below, celebrating with Nelson) revealed Arteta ‘shouted a lot’.

As a player Arteta was more cultured playmaker than midfield enforcer, and arrived from Manchester City with a reputation as a cerebral coach.

Nelson, who has started all but one match under the Spaniard, insists

that is not the whole story though and felt Arteta was right to show his players another side to his personality after they drifted from the gameplan. 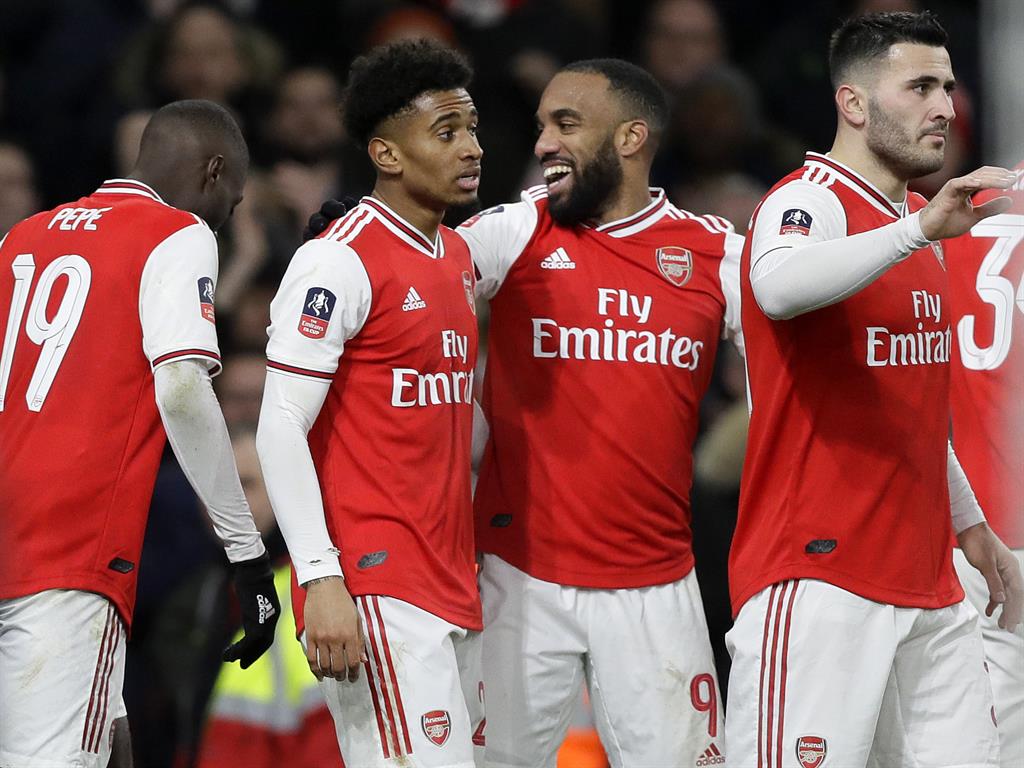 ‘I think that’s good,’ the 20-year-old said when asked about his manager shouting at half-time. ‘I think as a coach you always need to have the aggressive side and obviously the side where you give love as well.

‘In training he is always asking us to press with passion and play with purpose. I think we saw that at times.

‘We played out wide, we played through the middle and it was all going on. In the second half we played with a real purpose. The team came out in the second half ready to go and I think we showed that we could create a lot of chances.’

Asked about the half-time message, Nelson added: ‘He just said we weren’t playing the way we should be.

‘He said we needed to be more aggressive and we did that in the second half. We showed more fight and character. We did what we were supposed to do.’

■ TOTTENHAM have suffered another injury blow with midfielder Moussa Sissoko likely to be sidelined until April following knee surgery. The 30-year-old France international had an operation after suffering the problem in the 1-0 defeat at Southampton on New Year’s Day. It adds to Spurs boss Jose Mourinho’s injury woes having lost talisman Harry Kane to a hamstring tear. Goalkeeper Hugo Lloris, summer-signing Tanguy Ndombele and full-backs Danny Rose and Ben Davies are also injured ahead of Saturday’s visit of Premier League leaders Liverpool.