■ What’s wrong with British politics? How long have you got? SNP leader answers Joel Taylor and Sharon Lougher with a question of her own as she talks about her fight for national independence and her love for Duran Duran

We’ve just seen another terror attack in London; what are your thoughts?

Obviously, my thoughts are with everybody who was caught up in it, those who were injured but particularly families who are waking up this morning having lost loved ones. It’s just not possible to imagine the pain and grief they’re going through and will be going through for an awful long time.

We saw acts of quite exceptional individual bravery; when you’re confronted with the worst of humanity you are also seeing the absolute best of it and the emergency services always fill me with admiration. I think given some of the information that has emerged there’s clearly going to be issues to be discussed and confronted.

How long have we got? For Scotland, there have always been deep flaws in Westminster politics because it very rarely reflects what people in Scotland vote for but, with Brexit, we’ve just seen the complete collapse of Westminster democracy as we know it. We have this Brexit issue that has just paralysed the whole system. For Scotland, it poses the question of do we want to have our future determined by that, or do we want to choose something different and better.

You’ve said you admire Angela Merkel but, in today’s world, which other leaders do you admire?

I’m a huge admirer of Angela Merkel, I don’t share her politics on everything but, how she conducts herself, the resilience she shows and her stance on the refugee issue was exemplary. And I’m a big fan of Jacinda Ardern, the New Zealand prime minister. In terms of younger leaders who are really making their mark on the world stage, I definitely think she’s right up there.

In your manifesto, you talk about wanting to escape from Brexit but how do you achieve that from where we are?

First, we’ve got to stop Boris Johnson getting the majority that enables him to drive it through. The point we’re making is the trade negotiations that start then are likely to take years.

There is no chance at all of that. Outside the Tory Party and the Brexit Party, you will not find anyone serious who says they can be done in 11 months. We stop him getting a majority and hopefully get a majority in parliament that opens the door to another EU referendum that allows people the opportunity to reverse it. There’s no guarantee the UK would do that — as it happens, I think it would — but it could be that we get the same result as we got before, which is why I’m putting a lot of emphasis on also being able to take Scotland’s future into our own hands.

I know the polls are very close but it does seem the likelihood is a Boris Johnson government of some sort after the election. He has been categoric he won’t allow another independent referendum

I’m not about to start talking on the hypothesis of Boris Johnson winning a majority. Of course, it’s possible, but it is not an inevitable outcome because if you look at every Tory seat in Scotland the SNP is the main challenger. In Scotland alone, we’ve got the chance to deprive him of 13 MPs that would count towards that majority.

But if you’re not able to agree a second referendum with a Westminster government, would you host one without having permission?

I’ve always said a referendum should be legal and agreed, and that’s my position. But, equally, I’m not going to get into what ifs at the moment.

They’re not just at different ends of the spectrum, they’re different beasts altogether. The campaign for Scottish independence is not based on a sense of identity, it’s based on wanting to build a better country and we see everybody who comes to live in Scotland who wants to make a contribution as being part of that. We’re the strongest voice in UK politics in favour of immigration. It’s not just what I stand for and represent and what the likes of Nigel Farage represents at different ends of the spectrum — we talk different languages and inhabit different planets.

In the face of a Brexit driven by Westminster, how do you push for an immigration policy more suited to Scotland?

There is scope for more flexibility now and it’s regrettable that UK governments have been unwilling to countenance that. But if we’re independent, then we get to decide exactly what kind of system we want. Scotland’s got a different requirement to elsewhere in the UK because our own population, without migration, will decline over the next 25 years. The implications are obvious.

What about tackling austerity, also big in your manifesto? What if you’re an SNP government up here with a Tory minority government in the south?

I wish Scotland wasn’t in a position of having to choose between Boris Johnson and Jeremy Corbyn for prime minister. I’m not a great fan of Jeremy Corbyn but I would never have the SNP do anything that enabled a Tory government. So we will, if we can, seek to be part of a progressive alliance.

What convinces you that the EU would allow an independent Scotland back into the club? You don’t think countries such as Spain would object?

Europe is not going to intervene publicly on whether or not Scotland should be independent but there is no doubt in my mind that the EU would welcome Scotland as an independent country. Even in 2014, Spain stopped short of saying they would veto an independent Scotland’s membership. The EU as an institution has tried to enlarge itself and it would have part of an existing member state wanting to be part of it — why would they turn their back on that?

What would be the price for your support of a Labour administration?

I would expect a minority Labour government who was looking to the SNP for support to respect Scotland’s right to choose their own future, an end to austerity and end to welfare cuts, concerted and serious action on climate change.

This is your third general election in four years — are you getting sick of them?

I’m a politician, I enjoy elections in that strange kind of perverse way that we do. But it is interesting — if I cast my mind back to the Scottish independence referendum in 2014, the no campaign said to people in Scotland they had to vote no to independence because Westminster offered stability. Three general elections and lots of chaos later, it doesn’t quite feel that they’ve really delivered on that promise! The other thing I enjoy is that it gets you out and about. Fundamentally, politics is all about people, and if you lose that ability to connect with people you’ve got problems.

You recently gave your North East Fife candidate Stephen Gethins a hair-cut during a jollier moment on the campaign trail — would you allow him to return the favour and cut yours?

No! I’m sure Stephen won’t mind me saying this but he doesn’t have an awful lot of hair… but it was a particularly hairy moment for him, if you pardon the pun. I’d done the back with normal clippers and then I was given these tiny clippers to do around the edge and as I started to do it the hairdresser screamed at me ‘NO NO NO NO NO!’. I was doing it the wrong way. I think I came very close to slitting his throat. Which wouldn’t have been good.

Did you have any hair disasters of your own when you were younger?

I had many. I had it kind of purple and spiky. Unfortunately, I think there are photographs of this in existence.

Talking of letting your hair down… where in your Glasgow Southside constituency would you recommend for Hogmanay?

There are loads of places! You’ve got the Tramway, then further along Pollokshaws Road you’ve got the Glad Cafe, which I’m pretty sure will have great stuff on.

You’re such a bookworm, you even declare it as such on your Twitter bio. What have you been reading lately?

I’m reading a book by a woman who just won the Booker prize — Bernardine Evaristo. It’s called Mr Loverman. It’s about an African man living in London who has been having a long-term gay affair that his wife doesn’t know about.

We saw you on Twitter pulling pints at the Brewdog brewery in Aberdeenshire — what guilty pleasure would you like to have on tap?

Chocolate. And some nice Scottish gins. I wouldn’t overdo this, I hasten to add. Always in moderation too.

You’ve led the SNP since 2014. Are you a different leader now?

There’s a whole load of things I’ve learned. I’ve learned to delegate more. And micromanage less. Though the people immediately around me might disagree with me! 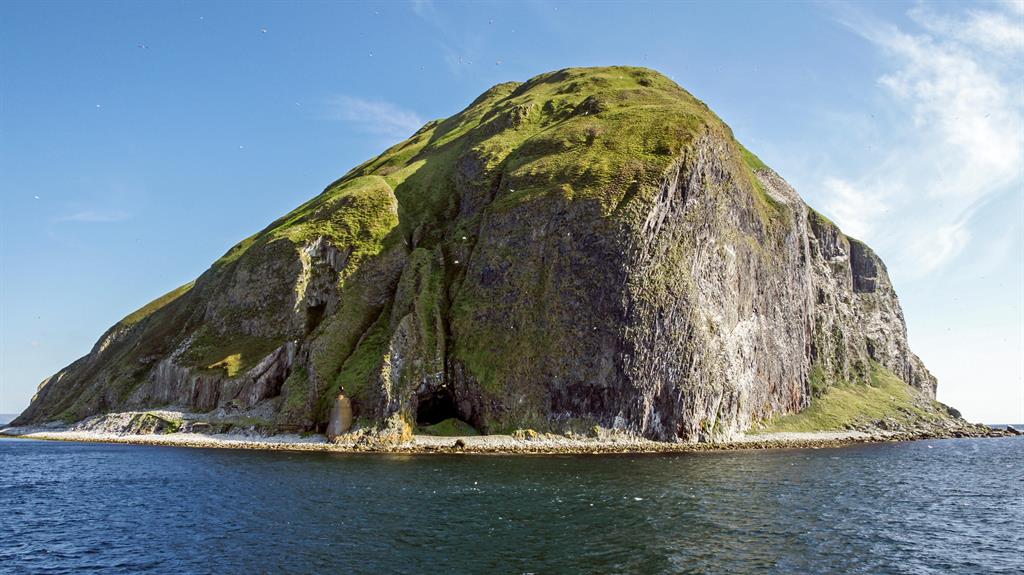 2020 is Visit Scotland’s Year Of Coasts And Waters. Where do you go to get away from it all?

I love the east coast of Scotland but I grew up on the west coast — my grandparents lived in Dunure, which is a fishing village just south of Ayr. I spent a lot of time there when I was growing up, so that’s the coastline I like to go to. As well as being beautiful — you look out on to Ailsa Craig (above) — it brings back lots of memories for me as well.

Liberal Democrat leader Jo Swinson recently revealed to us her teenage crush on Take That — who did you have plastered over your walls?

I was more Wham! and Duran Duran, so Simon Le Bon or George Michael. Although I was always a wee bit contrary — with Wham! I always liked Andrew Ridgeley (below) more than George Michael. I chose a Duran Duran track for Desert Island Discs, and Simon Le Bon messaged me after and invited me to go to the Glasgow date they were playing. I was away but he gave me a shout-out on stage. If I told my 14-year-old self that would happen one day, I would have been very happy… 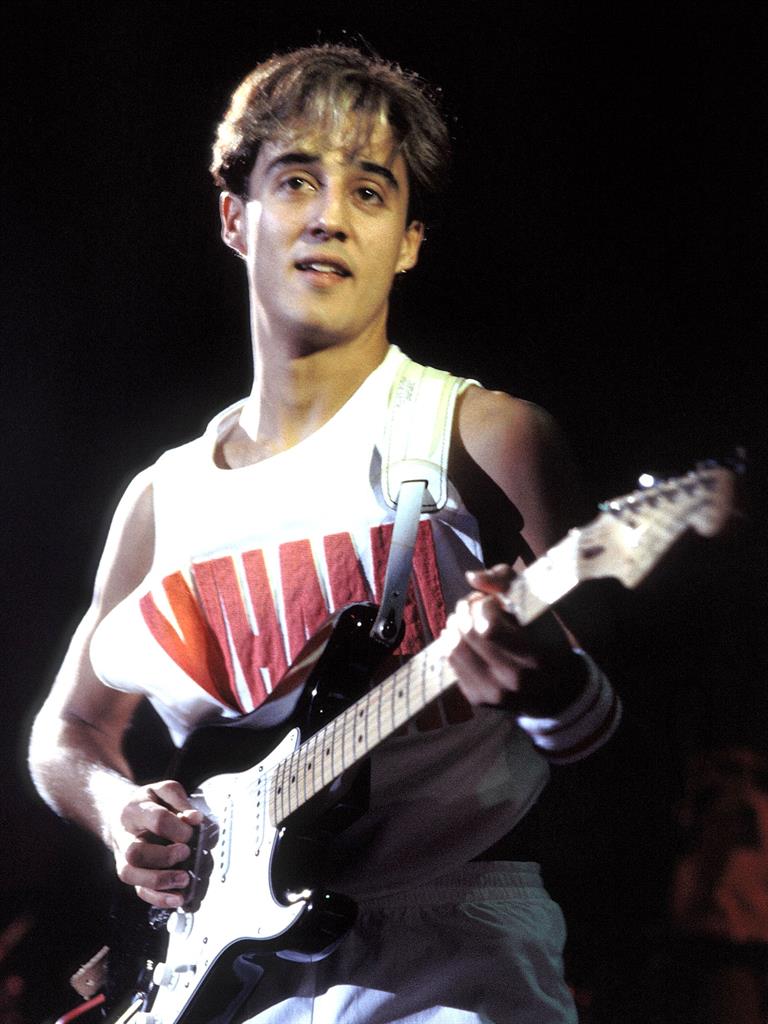