A BEACHCOMBER has discovered the world’s oldest known message in a bottle — nearly 132 years after it was thrown into the sea.

Tonya Illman found the Dutch gin bottle on a beach in Wedge Island, near Perth, Australia.

It was tossed into the Indian Ocean by sailors onboard German boat Paula in an experiment to track currents, historians said. 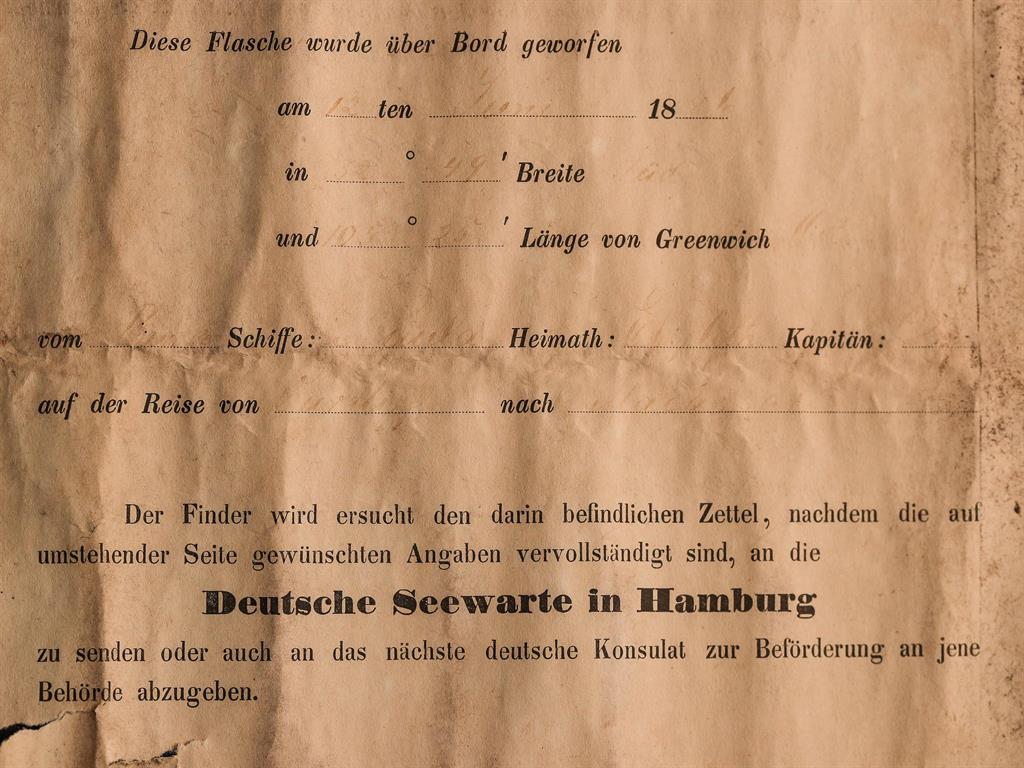 Mrs Illman said: ‘It just looked like a lovely old bottle so I picked it up thinking it might look good in my bookcase. We took it home, dried it out and, when we opened it, saw there was a printed form with very faint handwriting on it.’

Using maritime records, experts confirmed the bottle was put in the sea as the ship sailed from Cardiff to Makassar, in Indonesia, in June 1886. It is on show at the Western Australia Museum in Fremantle.