The president arrived on the 80th anniversary of General Charles de Gaulle’s historic broadcast from the capital in which he rallied his people to resist the German occupation.

Mr Macron and Boris Johnson watched the Red Arrows and their mainly blue-coloured equivalent from across the Channel, La Patrouille de France, perform a joint display to celebrate the occasion. And in a speech near Gen de Gaulle’s statue in Carlton Gardens, where the Free French had their headquarters, the president said: ‘This is where de Gaulle was able to call on the French people to join the resistance. The soldiers of the shadows.

‘Because 80 years ago today, on June 18, 1940, the United Kingdom gave Free France its first weapon, a BBC microphone. So the airwaves carried de Gaulle’s determined words and spirit of resistance, which built a bridge across the Channel for those refusing to be enslaved or give up their freedom.’ He added: ‘That evening de Gaulle became the voice and breath of Free France.’

He also praised Sir Winston Churchill as ‘personifying the tenacity of a nation which refused to yield’ in the war. 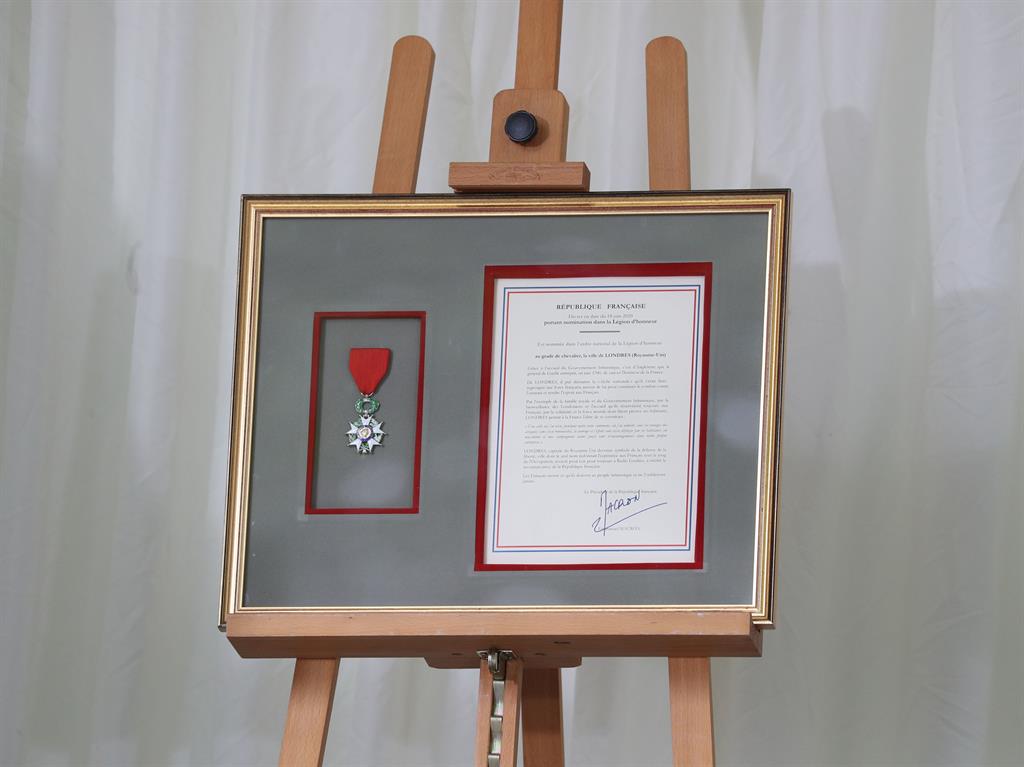 The president and Mr Johnson later watched the flypast — which formed the colours of the French flag — from Horse Guards Parade. They also held talks at Downing Street about the economic recovery from Covid-19.

Mr Macron gave the Legion d’Honneur, usually presented to individuals, to the capital as a whole. Expressing ‘infinite gratitude to the city of London’, he handed the medal to Prince Charles, who had welcomed him on his arrival.

The Prince of Wales said: ‘Your presence here today, Mr President, is a powerful demonstration of the bond between our two countries.

‘Time and again our countries have stood together against tyranny and oppression, joining arms to defend the values we hold most dear.’