LEWIS HAMILTON’S Mercedes team will run an all-black livery on their cars this season in a defiant message to fight racism.

The world champions have traditionally raced in silver, but will adopt the powerful look for the delayed campaign which begins in Austria this weekend.

Hamilton will open his title defence at the Red Bull Ring off the back of a row with the sport’s former supremo Bernie Ecclestone, who, during a recent TV interview, claimed that ‘a lot of black people are more racist than white people’.

Hamilton has been vocal about the Black Lives Matter movement, and said he was overcome with rage following the killing of American George Floyd by a white policeman. He attended an anti-racism march in London earlier this month (pictured below).

‘It’s so important that we seize this moment and use it to educate ourselves, whether you are an individual, brand or company, to make real, meaningful changes when it comes to ensuring equality and inclusivity,’ said Hamilton. 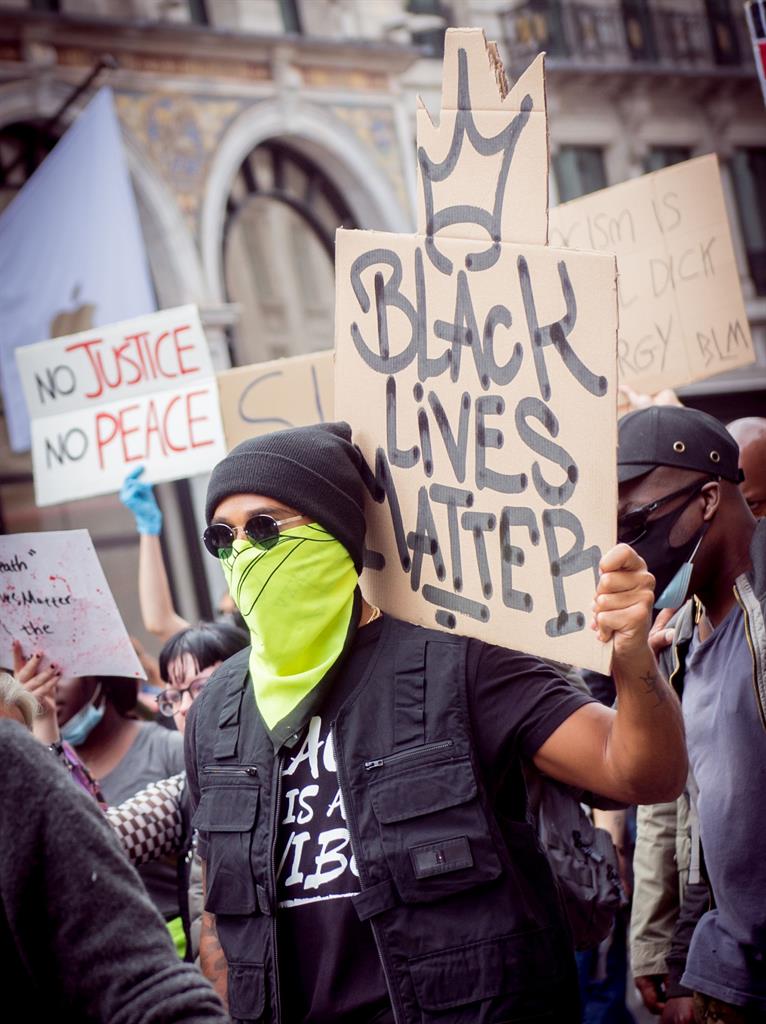 ‘I have personally experienced racism in my life and seen my family and friends experience racism, and I am speaking from the heart when I appeal for change.

‘When I spoke to [Mercedes boss] Toto Wolff about my hopes for what we could achieve as a team, I said it was so important that we stand united.

‘I would like to say a huge thank you to Toto and the Mercedes Board for taking the time to listen, to talk, and to really understand my experiences and passion, and for making this important statement that we are willing to change and improve as a business.’

Hamilton and team-mate Valtteri Bottas will also wear black overalls this year. The ‘End Racism’ message will feature on both their cars.

Hamilton added: ‘We want to build a legacy that goes beyond sport, and if we can be the leaders and can start building more diversity within our own business, it will send such a strong message and give others the confidence to begin a dialogue about how they can implement change.’

Mercedes has also pledged to improve diversity within its own corridors.

The team, based in Northamptonshire, revealed that just three per cent of its workforce comes from a minority ethnic group, and only 12 per cent of employees are female.

‘Racism and discrimination have no place in our society, our sport or our team,’ said team principal Wolff.

‘This is a core belief at Mercedes. But having the right beliefs and the right mindset isn’t enough if we remain silent.

‘We wish to use our voice and our global platform to speak up for respect and equality, and the Silver Arrow will race in black for the entire 2020 season to show our commitment to greater diversity within our team and our sport.

‘We will not shy away from our weaknesses in this area, nor from the progress we must still make. Our livery is our public pledge to take positive action.’

The news season will start in Spielberg on Sunday, with the first of eight scheduled rounds across just ten weekends.