We knew an election was coming but no one knew quite when; how has it been going?

Sian Berry — What’s really interesting is the way we’ve so far managed to set the agenda for the election. Even though the Conservatives called this election, they haven’t put out anything of substance yet. It’s like they weren’t ready but we the Greens, we’re ready with plans to transform everything.

You’ve announced this big £100billion-a-year spending pledge; how will it be funded?

SB — About 90 per cent of it is new borrowing. We think that is sustainable. I’ve looked at Moody’s ratings which have made us negative, the reasons for that is Brexit uncertainty, the chaos in government and it’s the fact the government has not been doing long-term planning. Our plan is very certain, very long-term and it’s got, within it, clear ways in which we’ll pay back the new borrowing. So I think it satisfies all the credit worries that the ratings agencies have.

Part of your plan is to get rid of HS2; what sort of infrastructure do we need to invest in?

JB — A spiralling budget out of control, it would destroy dozens of ancient woodlands and precious diversity, it would concrete over large areas of the countryside and it wouldn’t be carbon neutral for 120 years; it’s staggering that the other parties would even be considering this. Think about £80billion electrifying rail, putting in new rail routes, increasing capacity, new bus services. We want to make public transport work for people to commute, do the school run, do the shop on public transport. This is the kind of investment we need to make those choices.

One of the things you have to tackle is short-haul flights; they’re popular, huge businesses and often cheaper than taking trains?

JB — We have the most expensive trains in Europe, the fares have got to come down; that requires investment. We know other European countries can do it, so why can’t we? We need a frequent flyer levy, stopping the binge flying of the super rich, stopping the airport expansion. We have to show leadership in this area. It beggars belief that it isn’t just the Conservatives who wanted to expand Heathrow, we’ve got the shadow chancellor saying we’re going to increase regional capacity as well. This is entirely the wrong way to go.

JB — I haven’t taken long-haul flights but I think I’ve taken six flights in the last ten years. But it isn’t about personal choice, we aren’t moralising; what we are saying is government needs to create the conditions to enable people to make the right choices. We think we can live richer, fuller lives if we go down this path, we’re not about hairshirts and sandals.

SB — I don’t think I’ve taken long haul flights since the 1990s. I’ve taken one short-haul flight in the last 14 years. And I’m not that weird — most people in a given year do not fly. Most ordinary families do not go abroad every year.

When Extinction Rebellion targeted mass-transit vehicles, such as the DLR and Tube, was it a mistake?

JB — Extinction Rebellion said it was something they shouldn’t be doing. In the round, the impact has been overwhelmingly positive. It has pushed climate right up the agenda, alongside Greta Thunberg’s climate strikes and David Attenborough saying this is a climate emergency.

SB: I think what’s really interesting is the widespreadness of it, the school strike was the biggest environmental protest there’s ever been. The amount of times I’ve been in an ordinary situation and somebody has come up to me and said, “my mum, my cousin, my daughter has been on a protest” is extraordinary.

This is the second election dominated by Brexit — you obviously think climate change is really grabbing it but you’ve formed this alliance to counter the Brexit movement?

JB — This is certainly one of the strangest elections and I think what is happening at constituency level will take a lot of people by surprise. This is throwing everything up in the air which makes the result terribly unpredictable. Clearly, it’s the big issue of this election, it’s framing it but it’s also a general election and people are thinking about the climate emergency.

With the Remain alliance you’ve formed, how much cut through do you think you’ll get with that?

SB — We think the majority of seats put into the arrangement we can win. There are good signs that people are coming over to this united initiative in a way that is more than the sum of its parts. 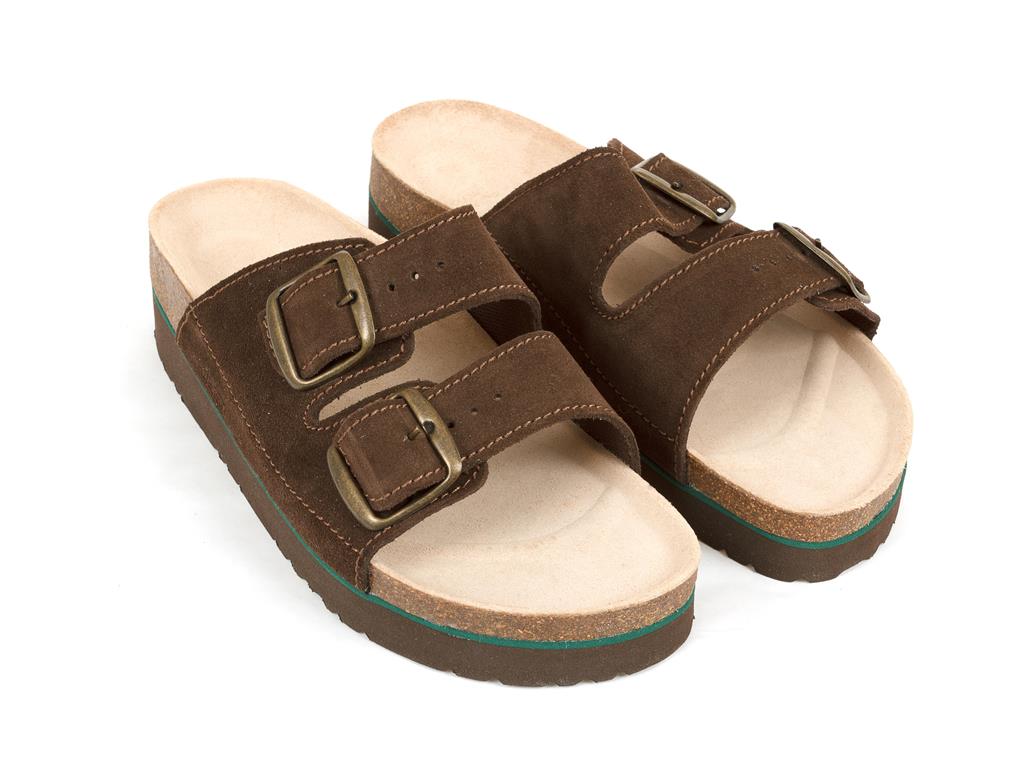 Are you disappointed Labour haven’t got involved in this alliance?

SB — The door was open, they knew that.

JB — In 2017, we reached out. We effectively brought around the hung parliament by standing down in 30 seats, that was what made the difference. Blame us for that… there was no reciprocation whatsoever.

Someone like Greta Thunberg must give you a lot of hope for the future?

SB — Yes. It’s not all about leaders and she’s such a brilliant leader but it’s a movement. She has inspired a lot of people to take action in their communities.

JB — Young people are showing the leadership politicians at Westminster fail to show. Greta has led the movement saying things have to change. The downside is young people are withdrawing from school, saying ‘why should I go if I’ve got no future?’ That is incredibly powerful and hits home in a way adults can’t. 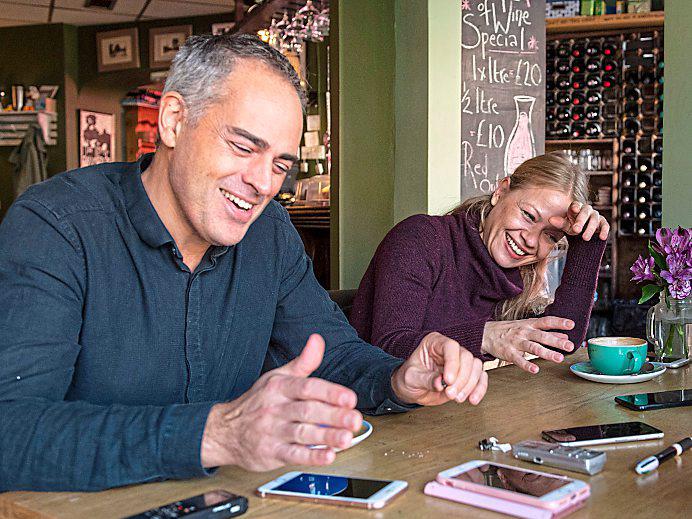 Presumably you can’t actually entirely avoid flying, so do you do any carbon offsetting each time you take off?

Jonathan Bartley — Recently I went vegan, to support my daughter, though I’m not a militant one. Why did the vegan cross the road? To tell someone else they were a vegan… I found it really challenging but I’m cooking a lot more. My idea of a balanced meal used to be a Big Mac in each hand.

Sian Berry — There’s a ton of things I just do anyway — I enjoy making and mending things. I buy second-hand clothes and adjust them to fit with my sewing machine. This is too sad but the last upcycling project I did was on a picture frame with a photo of my cat, which had just died — his name was Archie.

What tips do you have for going green at Christmas?

SB — Wrapping paper and shiny stuff — it’s all entirely plastic! So stay off the shiny plastic bits and pieces. They don’t recycle wrapping paper with plastic shiny bits, it turns out. Normal paper and metal things are fine. And keep tinsel for ever. I’ve still got tinsel I had when I was a child. 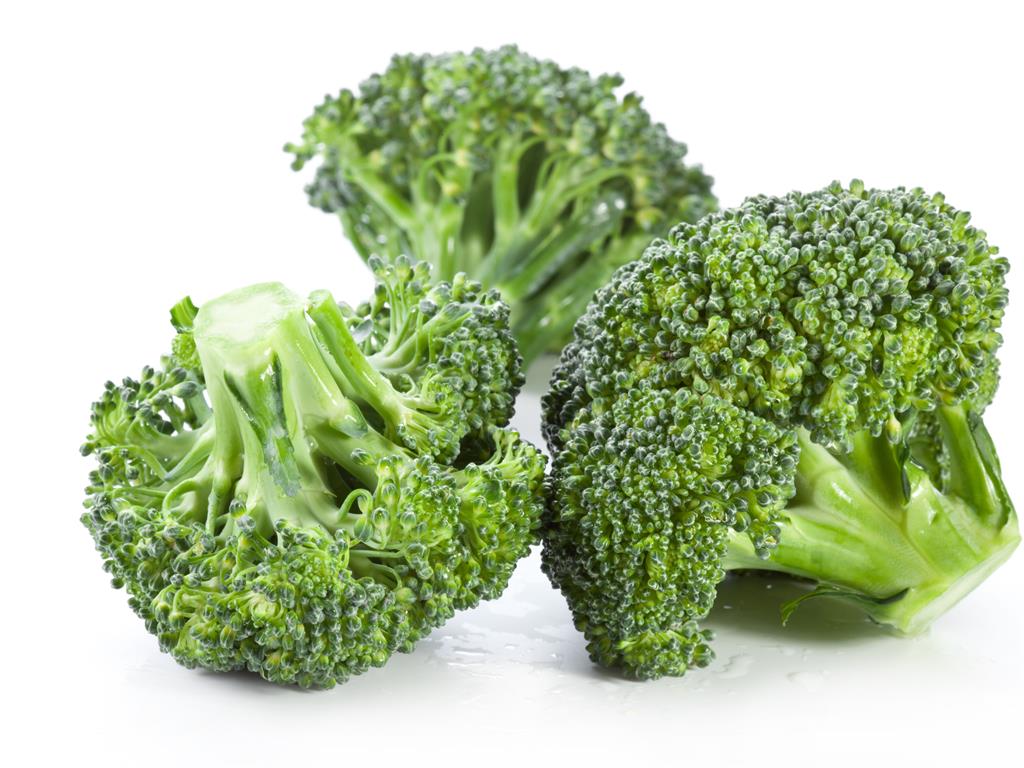 JB — Without sounding like a Grinch — I love Christmas — there is this narrative and emphasis on changing personal behaviour and, for me, the biggest you can do this Christmas — and this is going to sound like the biggest cliché — is to join the Green party. That will make the biggest political change.

All I want for Christmas is your vote?

JB — All I want for Christmas is your vote! Yes.

Would you rather buy a secret Santa present for Greta Thunberg or David Attenborough?

SB — Oh my god! I saw David Attenborough come and plant a tree in my local park, Waterlow, and was overexcited about this, obviously. I’d get him a tree. Greta would not care. You can’t buy for teenagers.

SB — I haven’t given up conditioner — there’s a lot of plastic bottles involved in conditioner. But I can highly recommend solid shampoo, it’s amazing. It’s better than normal shampoo.

JB — I have to confess, I turn a bit of a blind eye when it comes to checking out where the booze has come from. It’s a steep learning curve working out which alcohol is vegan and which isn’t.

Jonathan, you’re a drummer with the band The Mustangs — and now you’ve done an eco album!

JB — It’s an environmental concept album — it’s a big self-indulgence! It tells a romantic story of a couple in the midst of industrialisation. It’s out now — Andrew Marr, if you’re reading this, let us come on and play a song!

You were also arrested during the Extinction Rebellion protests — have you been arrested for anything else?

JB — Oh, wow, yes. I was dragged from Kirby Misperton on a fracking protest by police. And then there was the Occupy protest — I was dragged off the steps of St Paul’s in 2011. Going further back, when I was younger I don’t think I ever got arrested, but I didn’t behave that well as a young person, growing up around here [Dulwich/Herne Hill]. I was quite wild as a teen.

Weren’t you labelled as a domestic extremist?

SB — The National Domestic Extremism and Disorder Intelligence Unit had me on a database, that’s true. It was so bemusing, because the actual entry on the database was ‘she’s standing for an election’, and I was like no, that’s not illegal. I don’t know why they were keeping tabs on me. I’ll go and talk to police, and they will not think I’m being aggressive. There’s a definite privilege in being a middle-aged white lady.

Sian, when it comes to your political career, has your metallurgy degree ever come in useful?

SB — So often! In policy-making it’s often useful to have a theoretical model for how something is going to work to guide your decision-making. I accept uncertainty and experimentation in ways that people who are very dogmatic do not.

SB — Yes! I can’t play a musical instrument myself. He’s extremely talented and I have no talent whatsoever.