LEWIS HAMILTON has just won his sixth Formula One crown — but Christian Bale and Matt Damon are not thinking much about modern motor racing right now. In a Paris hotel, they’re talking up Le Mans ’66 — a visceral look at the sport as seen through the eyes of two men, British driver and engineer Ken Miles and US auto-designer Carroll Shelby.

‘At that time, they were bloody sitting on bombs,’ marvels the 45-year-old Bale. ‘The gas tanks were right in the doors of the [Ford] GT40s. They did not have good ambulances. Jackie Stewart led a drive to try to make it safer after he found himself upside down being doused in gasoline and nobody around to help him… it was the Wild West in terms of car racing.’ Damon agrees. ‘It’s remarkable, the courage that took.’ 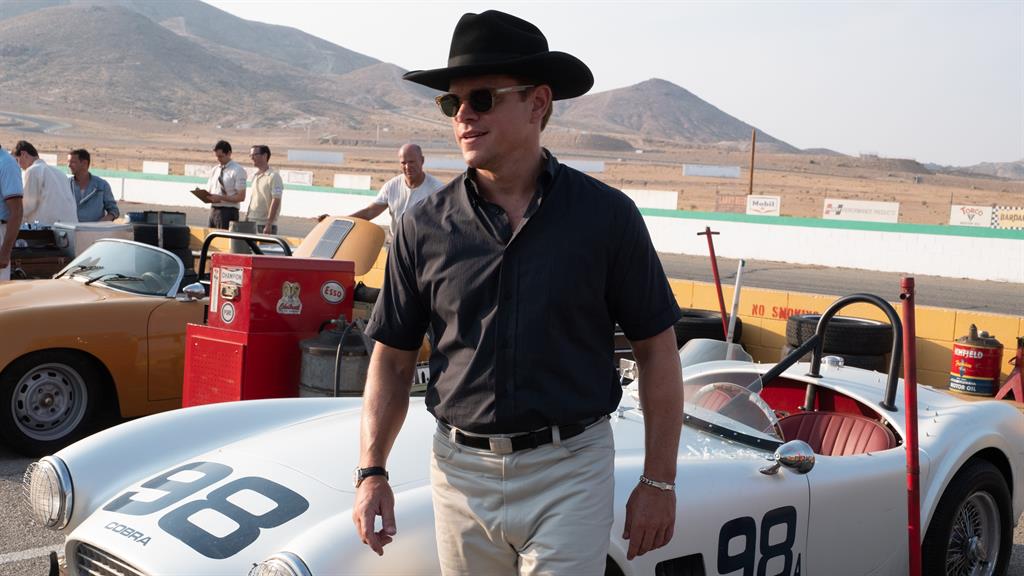 Damon’s Stetson-wearing Shelby — he’s a good ol’ fashioned Texan — is entrusted by Henry Ford II to design a car to win the Le Mans 24-hour endurance race and beat Ferrari, the reigning champion for the previous six years. ‘Put it this way,’ says Damon, 49, ‘He was described to me, by many people, as a man who could sell you anything.’

Bale, who plays Miles, Shelby’s daredevil driver, maintains Le Mans ’66 is for more than just petrol-heads. ‘You do not need to be a car fan to understand and appreciate this film.’

‘It’s about these underdogs who do this incredible thing,’ Damon agrees. ‘Despite being very different people and having this very colourful relationship and friendship. They came together and achieved the impossible.’

To prep, Bale trained at the Bob Bondurant School of High Performance Driving, though on camera, he let the stuntmen take the dangerous corners. ‘I did as much as I could but four months of training doesn’t compete,’ he says. ‘There are some incredible racing sequences in this film and you wouldn’t have had it looking as incredible if it’d been me behind the wheel!’

Now back to his usual svelte self after piling on the pounds to play Dick Cheney in Vice — he had no choice if he wanted to squeeze into a GT40 — Bale is in a remarkably chatty mood. It would seem the star of The Dark Knight, American Hustle and The Fighter has finally found a character close to his heart. Not least because, like Ken Miles, Bale is a naturalised American — who left Britain to pursue his purpose.

Yet there are other similarities — Bale is renowned for the extremes he goes to for his characters (see The Machinist and the skeletal physique he acquired to play an insomniac). ‘Christian has this tremendous dedication to his work,’ says Damon, ‘and Ken Miles was like that, too. Miles didn’t suffer fools — he was a very serious guy about what he did. Christian shares so many of those qualities. He’s a purist.’

According to Damon, Bale initially was ‘debating’ whether he should play the role with director James Mangold. ‘Jim said, “Man, this is just you. Can you just get over it? It’s you!” And Bale was like, “What do you mean? That I’m an asshole and nobody likes me?” You see that quality played out in his characters in his movies all the time — people who will just not tolerate the bulls***.’

Damon cracks up at this assessment of Bale, but is similarly removed from the Hollywood BS. The Boston-born actor and Bale, who spent his early years in Bournemouth when he was a child star in Steven Spielberg’s Empire Of The Sun, are clearly kindred spirits. Both are Oscar winners, both are also family men (Damon has four daughters, Bale has a son and a daughter).

In the end, like Shelby and Miles, it’s all about chasing perfection for these two. ‘I’m still in search of the perfect movie,’ says Damon. ‘I’m still making things that, career-wise, are just one-offs, just trying to make a great movie each time out. It’s so hard to make a good movie, let alone a great one.

‘And it’s really, really easy to make a bad one. I’m not thinking about anything any more grand than that.’

Your mum works out back at Rackhams! 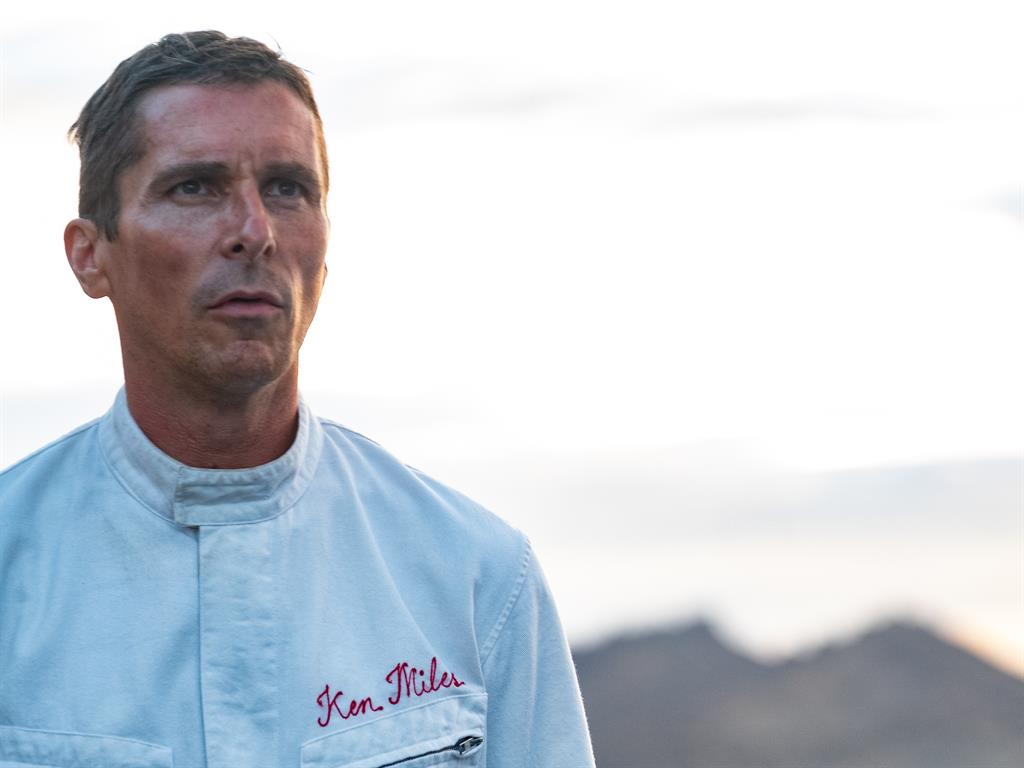 WHEN Christian Bale realised his character Ken Miles came from Sutton Coldfield, just outside Birmingham, it gave him licence to go full Brummie. Initially, the actor could only find a couple of clips of Miles talking. ‘It was in this incredibly plummy voice.’ The actor was not convinced, believing that Miles was putting this on. ‘I know Sutton Coldfield is a well-to-do town but he’s from the Midlands!’

Working with a dialect coach from Solihull, Bale, who was born in Haverfordwest, Pembrokeshire, before moving to southern England, crafted not only Miles’ voice but also his colourful vernacular.

‘They were giving me all sorts of expressions,’ he says. ‘I was chucking things in that even people in England aren’t all going to get unless maybe they live right near Birmingham — “Going round the Wrekin” and “Your mum works out back at Rackhams” and calling a sandwich a cob.’

No word yet on whether Americans will need subtitles. 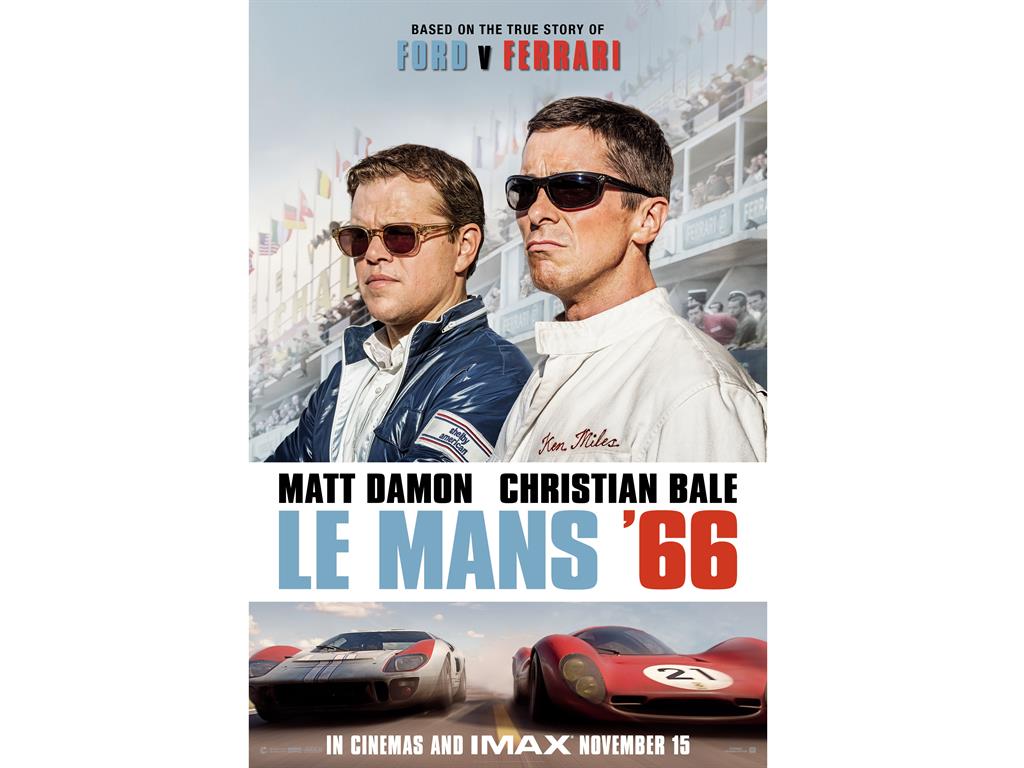 Want to catch Matt Damon and Christian Bale burn rubber before everyone else?

20th Century Fox is offering lucky Metro readers free tickets to exclusive screenings of Le Mans ’66 on November 12 — three days before anyone else. There are thousands of tickets available, for screenings at the following cinemas:

TO SIGN UP for two free tickets, visit seeitfirst.com and enter code: VMU27X