MAX VERSTAPPEN has signed a new contract with Red Bull, keeping him on the team until 2023.

The 22-year-old Dutchman’s deal was due to expire this year, and he had been earmarked as a potential candidate to replace Lewis Hamilton at Mercedes if the six-time world champion, also out of contract at the end of the season, moves to Ferrari.

But Verstappen (pictured above), an eight-time grand prix winner, has now committed his long-term future to Red Bull.

Verstappen, who finished third in the championship last season, said: ‘I am really happy to have extended my partnership with the team.

‘Red Bull believed in me and gave me the opportunity to start in Formula One, which I have always been very grateful for.

‘Honda coming onboard and the progress we have made over the last 12 months give me even more motivation and the belief that we can win together.

‘I respect the way Red Bull and Honda work together and from all sides everyone is doing what they can to succeed. I want to win with Red Bull and our goal is, of course, to fight for a world championship together.’

Red Bull team principal Christian Horner added: ‘With the challenge of the 2021 regulation changes on the horizon, continuity in as many areas as possible is key.

‘Max has proven what an asset he is to the team, he truly believes in the partnership we have forged with our engine supplier Honda, and we are delighted to have extended our relationship with him.’

Chadwick to continue in Williams role for 2020 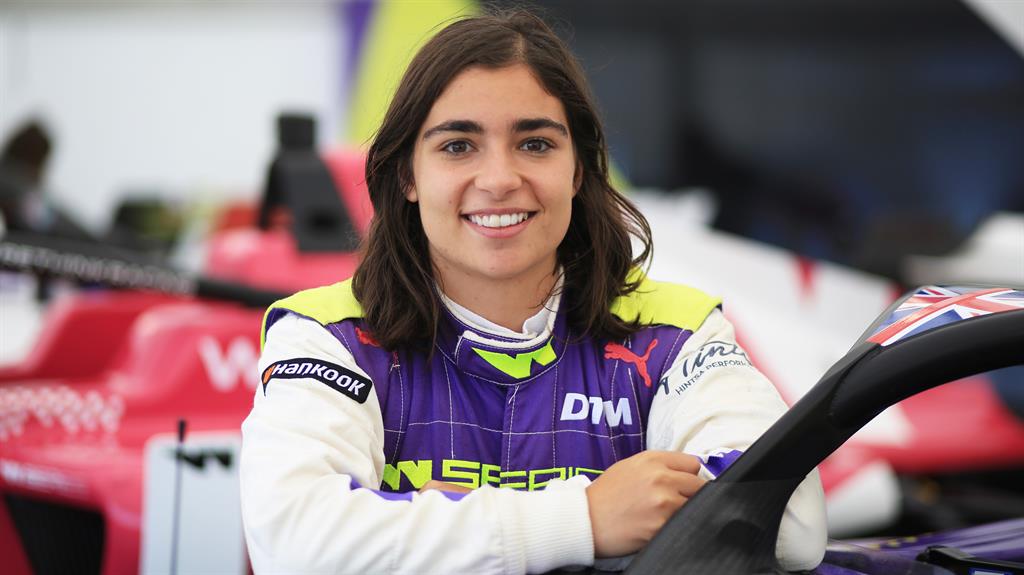 BRITAIN’S Jamie Chadwick will continue as development driver for Williams this year.

Chadwick, 21, winner of the inaugural female-only racing championship, the W Series, joined the British team’s academy in May.

Williams, which last season finished rooted to the foot of the constructors’ standings after scoring just one point, says Chadwick will increase her simulator programme.

She is also due to travel with the British team to a number of grands prix.

It is 44 years since a female driver, Italian Lella Lombardi, last took part in a Formula One race.

Chadwick (pictured above), who will defend her W Series title when the championship gets under way later this year, said: ‘It has been a fantastic opportunity working with Williams in my role as development driver.

‘The time spent in the simulator has been invaluable and I have enjoyed every moment, immersing myself within the team.’

Deputy team principal Claire Williams said: ‘I have thoroughly enjoyed watching Jamie develop, and excel, both with the team and her time racing in W Series.

‘Jamie has done an excellent job promoting women in motorsport and we are extremely proud of the work she has done.’