JUAN MATA found the net after 157 goalless minutes of Manchester United’s FA Cup tie against Wolves last night, sending Ole Gunnar Solskjaer’s men into the fourth round, but the 1-0 win came at a cost as Marcus Rashford went off with an injury.

After a 0-0 draw at Molineux in the first game, the replay was also goalless after 67 minutes at Old Trafford until Mata was sent through by Anthony Martial and chipped delightfully into the net over John Ruddy.

Wolves could count themselves unlucky. There was controversy early on when Pedro Neto put the ball in the net following United confusion at the back. The goal was disallowed by VAR for a handball by Raul Jimenez. 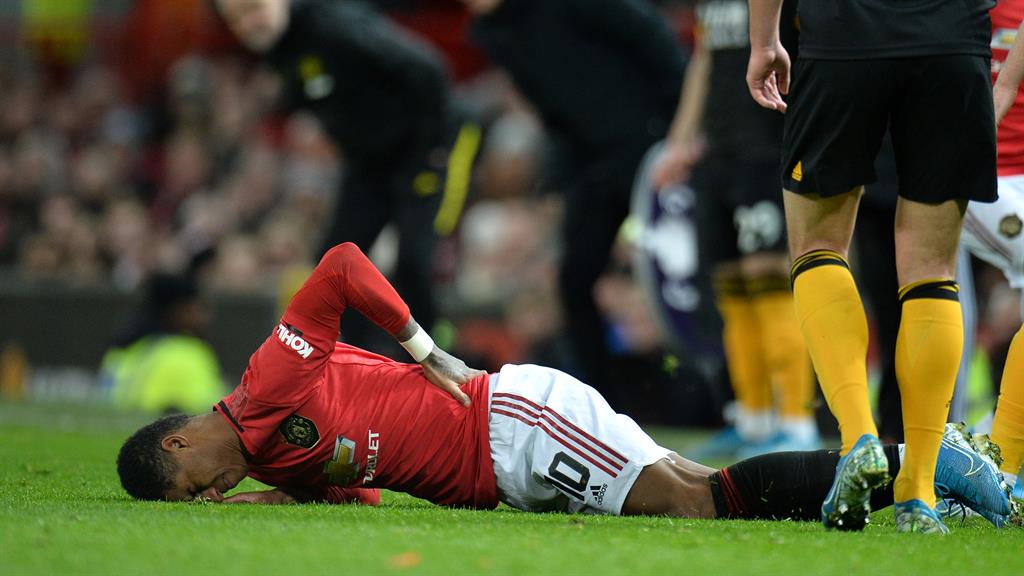 But United improved after the break and Mata’s cool finish was enough to book them a trip to Watford or Tranmere.

However, Solskjaer was left to admit bringing Rashford on a substitute ‘backfired’ after he limped off. Injury concerns over such a key player are the last thing he needs ahead of Sunday’s Premier League game at Liverpool.

Solskjaer said: ‘He’ll be tested in the next few days. Hopefully he will be okay for Sunday, I don’t know. He has struggled a bit with a couple of knocks to his back lately and he got another one.’