Aguero, 31, made history in Sunday’s 6-1 victory at Aston Villa, scoring a hat-trick to establish himself as the most prolific overseas goalscorer in Premier League history.

Aguero also set a new record for the number of Premier League hat-tricks, scoring his 12th to overtake Alan Shearer. 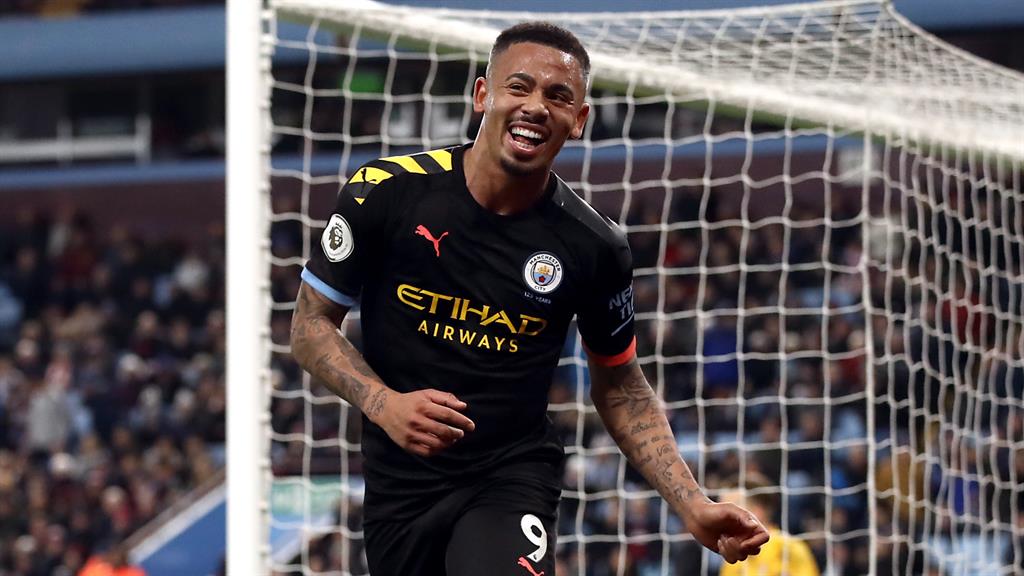 Fellow City striker Jesus (pictured above) is still learning his trade and hailed the man he would one day like to emulate.

‘He is a Premier League legend, he is a legend. So congratulations to Sergio,’ said Jesus, 22, who was also on the scoresheet at Villa Park, netting his 14th goal of the season.

‘I have to learn because he is more of a striker and a finisher. We work together every day and I learn from him and watch him and think that’s what I must do.’

Jesus believes it is Aguero’s predatory instincts that make him so deadly.

‘Sometimes a striker doesn’t have time to think and the opportunity comes and he has to finish. Sergio is so good at that,’ added the Brazilian.