PEP GUARDIOLA has insisted it will not ‘change his life’ if winning the Champions League with Manchester City proves to be beyond him.

After winning five of the last six domestic trophies on offer, the European Cup is now the last major target for City and Guardiola.

The Spaniard, who has won it twice previously with Barcelona, is in his fourth season with City having spent four years in Spain and three with Bayern Munich. He accepts the Champions League is the missing piece but says it is not the be-all and end-all.

City continue their Group C campaign at home to Dinamo Zagreb tonight and boss Guardiola said: ‘I want to win this tournament but if I don’t, it will not change my life. I am not going to kill myself, I promise you.

‘Of course we are going to try but, I’m sorry, I’m not not going to live the next ten months, or next season, thinking if I don’t win the Champions League it will be a disaster in my life, because my life is quite good every single day.’

City have been handed a relatively kind draw in this season’s group stage and opened their campaign with a 3-0 win at Shakhtar Donetsk.

They will also be expected to see off Dinamo at home but the Croatian champions did impress by thrashing Serie A side Atalanta last time out and Guardiola knows his side cannot afford to take their visitors lightly.

‘To play five at the back and score four goals (against Atalanta) is not bad. They are aggressive and with long balls to the strikers, they are so strong. 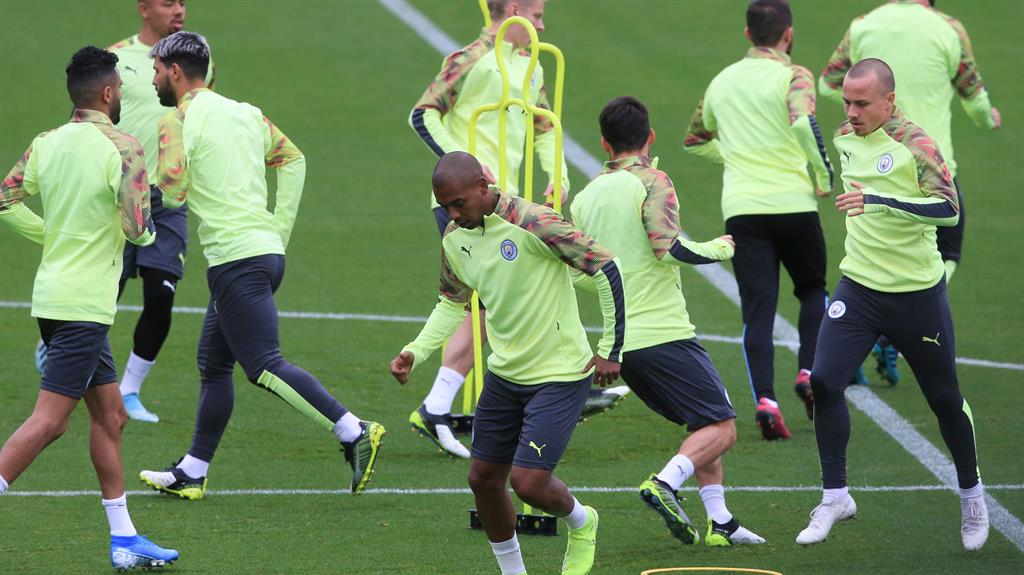 MANCHESTER City boss Pep Guardiola has no concerns over Fernandinho’s fitness, with the veteran midfielder set to continue as a makeshift centre-half tonight.

With John Stones and Aymeric Laporte sidelined, Guardiola will again field Fernandinho, 34, (pictured, centre) and Nicolas Otamendi against Dinamo Zagreb and said: ‘If he is fit he can play (twice a week). It depends on him in terms of physical regeneration.

‘We have young alternatives but he’s played three games in the past.’

Kevin De Bruyne missed training yesterday, adding to speculation he was injured at Everton on Saturday.