IAN WRIGHT accused ex-England teammate Alan Shearer of foul play after he was forced to endure yet another I’m A Celebrity trial — taking a trip in the ‘Hell-Evator’.

The former Arsenal and England striker, 56, complained after he was again nominated for a Bushtucker trial which involved travelling through three infested floors of a bunker.

Viewers saw him ruefully turn up to the trials area to be told by hosts Ant and Dec his appearance there was becoming a habit — this was his ninth trial but his first solo.

When Ian complained, ‘Shearer, man’, a laughing Ant replied: ‘You think Shearer’s voting for you?’ The pair played together for England in the 1990s and often appear side by side as Match Of The Day pundits.

The trial involved one room full of snakes and another level containing toads and rats. In the third, Ian was confronted by a crocodile. He had to undo knots holding stars and ended the trial with seven, which ensured a supply of food for his campmates.

But afterwards Ian admitted: ‘I’m disappointed as I’d set myself a target of eight stars.’ 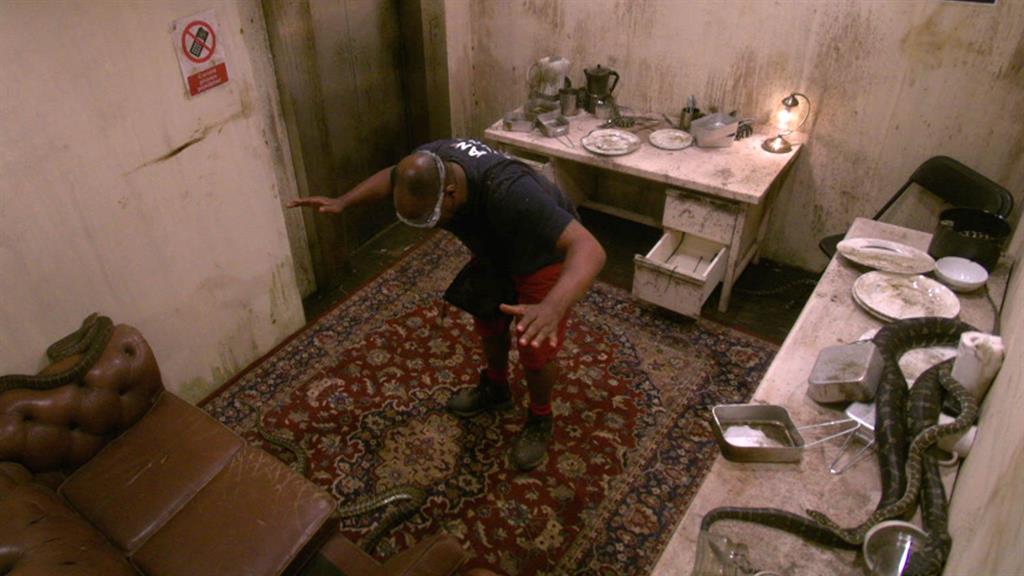 The latest action came after Radio 1 DJ Adele Roberts, 40, became the first contestant to be eliminated from the ITV show on Friday.

However, Caitlyn appeared to think Kate was actually asking for cosmetic surgery advice. The Good Morning Britain star later told the Bush Telegraph: ‘Caitlyn says that she has got just the person to fix my face out in LA, so when I got to visit I could come back a whole new Kate.’