THIS stunning image of a cosmic spectacle known as the Bubble Nebula was captured by an amateur photographer in his back garden.

The astronomical wonder, created by a huge cloud of gas which is powered by a young star, forms into a ‘bubble’ helped by stellar winds.

Powerful jets of gas ejected from the upper atmosphere of the star — which are 45 times hotter than our own Sun — help form the dramatic bubble shape surrounding it. 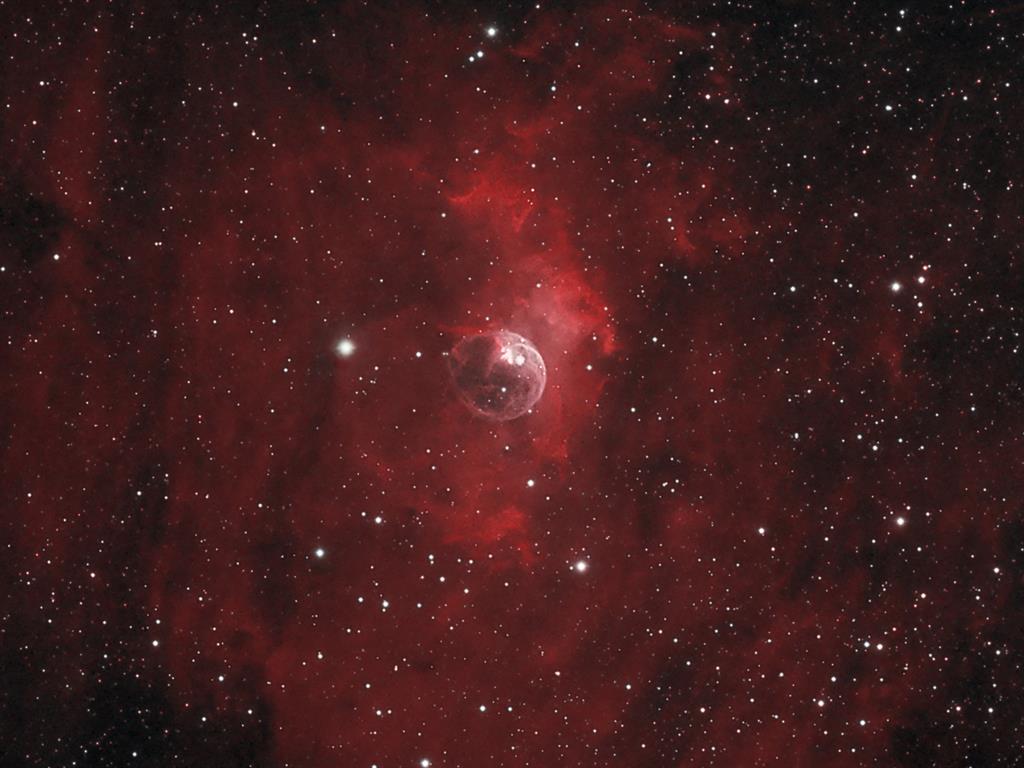 The phenomena was captured by retired chemist and photographer Ralph Smyth from his garden in Co. Antrim, Northern Ireland.

Mr Smyth said: ‘The red gas is hydrogen and the power from the star is causing the bubble to constantly grow, but as space is constantly growing too it can sometimes be tricky to understand just how big it is.

‘The Bubble Nebula is about 9,200 light years away from Earth, but is still in our galaxy [The Milky Way], so in the grand scheme of things it’s still close compared to the vastness of space.’

The picture was captured over the course of two nights, with Mr Smyth spending over six hours outside to capture it.

The 56-year-old father-of-three said: ‘Part of the problem is waiting for a decent sky.

When it comes to his interest in stargazing, which goes back about 40 years, Mr Smyth has garnered support from his whole family — his eldest son also holds a keen interest having recently completed a Masters in aerospace engineering.

He joked: ‘My wife is very patient and just leaves me to it.

‘I think she likes the time to catch up on all of her recorded programmes. She knows it keeps me out of mischief.’