TWO reckless youths have been filmed hurling themselves from a moving train into a dock below.

Diners watched in shock as the men, who appear to be in their late teens or early 20s, jumped from the train after it left Heron Quays station in London.

In the footage, the pair are shown climbing on top of the moving Docklands Light Railway train. It was posted by a YouTube user called Rikke Brewer, who described it as his ‘biggest stunt yet’.

As the train crosses the bridge, one leaps into the water below, followed by the other. It is then made to look as if police or security officers are hunting the pair, before footage is shown of them clambering out of the water and escaping.

At the end of the video, one speaks to the camera, with his face half covered. ‘I hope you enjoyed that, I do not advise anyone else to copy what we do — stay safe out there guys,’ he says. ‘That was insane, peace out.’ 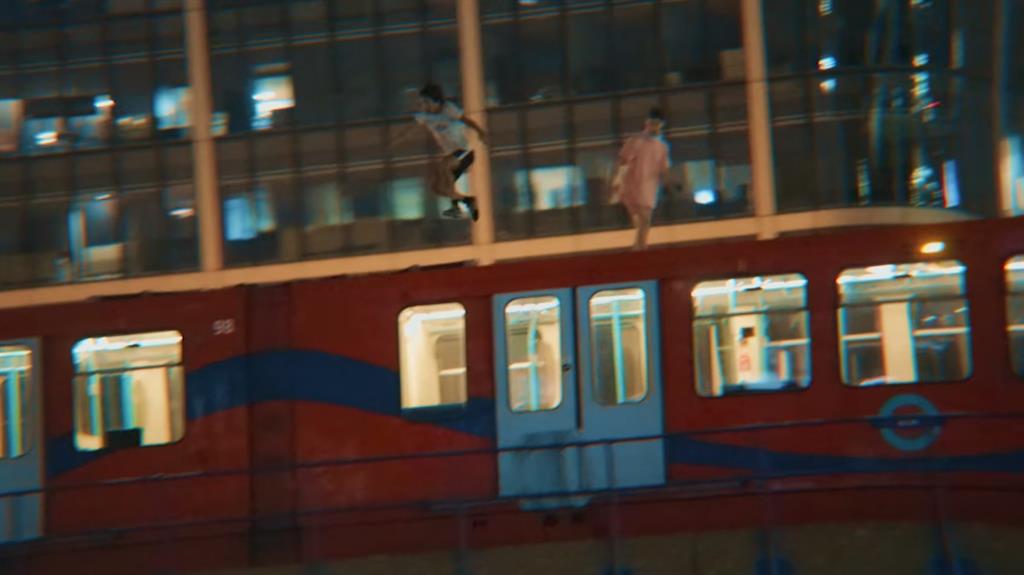 Brewer, a well-known British freerunner, previously filmed himself and friends leaping onto the top of a Paris Metro train and ‘surfing’ on it over the River Seine. In Janaury, Brewer denied his friend Nye Newman had died while ‘train surfing’ in Paris. He told the Sun: ‘He was leaning out of the window trying to take pictures and struck a sign or something at the side of the tracks.’ 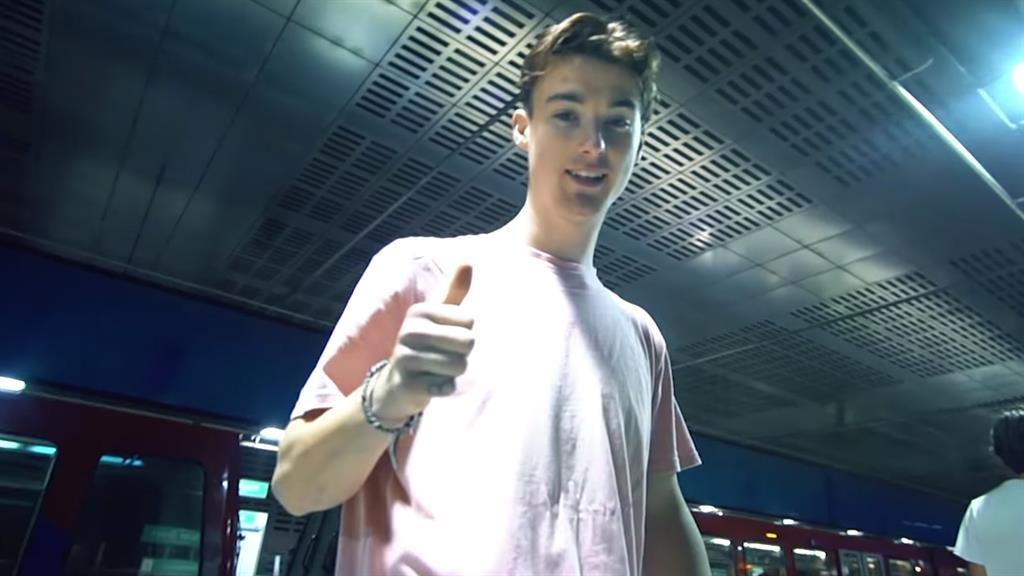 Earlier this year a group climbed a 200ft Thorpe Park ride at night.

Supt Chris Casey of the British Transport Police condemned the stunt, saying: ‘They risked their lives and the lives of others for the sake of a YouTube video.’