FEW clubs attract animosity like Leeds United. Before the fans were shut out by coronavirus, the next rendition of ‘we all hate Leeds and Leeds and Leeds’ was never far away.

While they were legends in Leeds — and sadly we have lost Norman Hunter, Trevor Cherry and Jack Charlton this year alone — Don Revie’s successful side of the 1960s and 1970s were reviled outside Yorkshire.

Even in their glory days they were rather better at coming second than winning titles but that ‘Dirty Leeds’ tag has lingered ever since.

And yet upon their return to the Premier League after a 16-year absence — with only the less confrontational fake crowd noise clouding the senses — that finally may be changing. 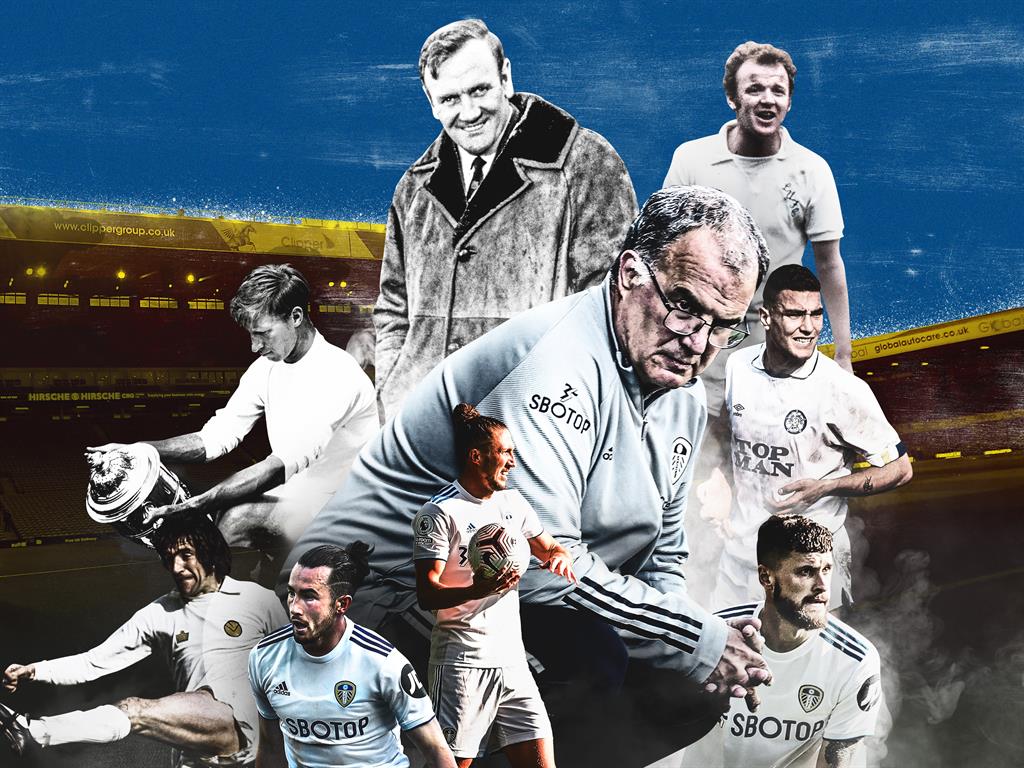 The second place Leeds seem now most likely to claim this season is as many observers’ second-favourite team, especially if a 4-3 defeat and a 4-3 win in their first two games has set the tone for what we can expect.

The revolution in their football and their public image is solely down to Argentinian head coach Marcelo Bielsa, who attracts Revie-like adulation and has been immortalised even after two rather than 13 years in charge.

And there are elements of Bielsa older Leeds fans would recognise in their original trailblazer.

While Revie’s dossiers on opponents were ahead of their time, Bielsa arranged for Derby’s — and it later transpired all Leeds’ opponents — training sessions to be observed.

Spygate ended up feeling less a scandal and more a fascinating insight into the lengths the workaholic Bielsa will go to on behalf of his club. The eccentricities of both managers, meanwhile, are the stuff of legend. While Revie favoured carpet bowls for team-bonding, Bielsa installed sleeping pods at Leeds’ Thorp Arch training ground so his players can have a nap between sessions.

And just like Revie, the loyalty and respect Bielsa commands is startling. Pep Guardiola, Zinedine Zidane and Mauricio Pochettino all regard Bielsa — who likes to perch on a box to watch his side from the touchline — as a mentor, a coach whose influence belies the fact his stay at Elland Road is already his longest at a club in 30 years as a manager.

He is ultra-demanding — so-called ‘Murderball’ in training is 11 vs 11 with no breaks and coaches constantly screaming from the sidelines — but the end product is a joy to watch with flowing passing football and an intensity without the ball which never gives rivals a chance to settle.

It’s fair to say the attacking side of Leeds’ game has worked rather better in the Premier League so far — the Whites equalising three times before succumbing to a soft late penalty in their opening-day defeat at champions Liverpool and playing some sublime stuff to lead 4-1 against Fulham before it became unnecessarily exciting.

At times last season it felt as though that advantage was not being turned into the goals it deserved, so Bielsa will be thrilled that lone striker Patrick Bamford has scored in both games so far, with Helder Costa and Mateusz Klich also having netted twice.

The 65-year-old, however, has cautioned against expecting the goal glut to continue. ‘This won’t be a constant all year,’ he said.

‘The characteristics of our game is to create chances. In these two games we have created very little but we have scored all our chances.’

But with £27million record signing Rodrigo having been used sparingly so far these are exciting times for Leeds, who also have Jack Harrison back on loan from Manchester City for a third season, extending his continual improvement under Bielsa.

The situation at the back is less settled, where it can be argued they missed a chance to begin the season with a statement victory at Anfield by paying the price for basic defensive mistakes.

That is partly down to a failure to retain the services of another loanee, Ben White. Leeds clearly recognised his importance as they kept increasing their bids for the Brighton defender all the summer.

But even £25m for a player who had still to make a top-flight appearance for the Seagulls was not enough to tempt Graham Potter.

White’s £13m replacement Robert Koch has struggled so far but it is not for the want of preparation, with the German open about the learning curve Bielsa set him on upon signing from Freiburg.

‘I had a presentation of games from Leeds, how to play as a central defender here in Leeds,’ said Koch.

‘In the presentation he showed me the game starts with the goalkeeper or centre-back, he said he wanted to play football intensely. I like to play from central defender directly with good passes, playing the game.’

Koch will surely get up to speed, while yesterday’s arrival of Spain international centre-back Diego Llorente from Real Sociedad will increase Bielsa’s options.

The good news is the idiosyncratic coach is not likely to change his ways or his formations — the 3-3-3-1 and the 4-1-4-1 which make for an adventurous attacking style designed to turn defence into attack quickly and outnumbering their opponents across the pitch. The bookies seem convinced that can work in the Premier League, Ladbrokes already offering a best-price 13/2 on them being relegated, and tomorrow’s hosts Sheffield United provide a pointer that there is no reason for mere survival to be the height of Leeds’ ambitions.

The Blades also arrived in the top flight under Chris Wilder last summer with a very clear identity — and having been one of the best in the Championship to watch — not dissimilar to Leeds in many ways with those innovative over-lapping centre-backs all about gaining a numerical advantage.

They finished ninth in their first season in the top flight, although Wilder did introduce one tactical tweak — with an extra central defender taking the place of a No.10. If Bielsa can achieve a similar finish it would be a great achievement.

And the longer Leeds are under his watch, the higher they are likely to get in the popularity stakes.