AMY HART told Curtis Pritchard he had made her feel ‘worthless’ and like ‘an utter mug’ in dramatic scenes in the latest Love Island episode.

The couple (pictured) hit a rocky patch after Curtis confessed that while Amy was at Casa Amor, his head was turned by new girl Jourdan Raine.

Amy was distraught when she first found out they had kissed and that Curtis has considered coupling up with Jourdan, saying she was ‘someone’s back-up plan yet again’.

However, the anger kicked in when Curtis told her the main problem between them was that she didn’t trust in their relationship enough.

Amy later approached Curtis for a chat and told him: ‘I was coming back here to tell you that I loved you.’

‘I feel like I deserve better than to be basically cheated on,’ she said. ‘You have made me feel like an utter mug.’

Brushing off his apologies, she told him: ‘If you cared about me you wouldn’t have done that.’

She later broke down in tears, saying she had thought Curtis was her ‘future’.

It was also a rough night for Amber Gill and Michael Griffiths, whose romance was rocked by this week’s recoupling.

Michael chose to pair up with Joanna Chimonides, leaving Amber single, and the trio came face to face for the first time in last night’s show.

Amber looked stunned as she returned from Casa Amor to find Michael had moved on, although she told host Caroline Flack she had had a ‘sneaky feeling’ that he might have.

She insisted she was pleased she had remained unattached during her stay at the other villa, explaining: ‘Because I’m a loyal human being, that’s the way that I am, that’s what I wanted to do.’

Amber looked unimpressed when Joanna suggested they should have a chat at some point, but later in the episode she received a text message with the hashtag ‘£storminateacup’, saying they were being sent on a night out together.

The dramatic recoupling episode on Tuesday was a record hit with fans. It peaked with 4.3million viewers, the ITV2 show’s highest peak audience ever.

The episode was also the most-watched programme for 16- to 34-year-olds this year, and Love Island’s biggest 16-to-34 audience. 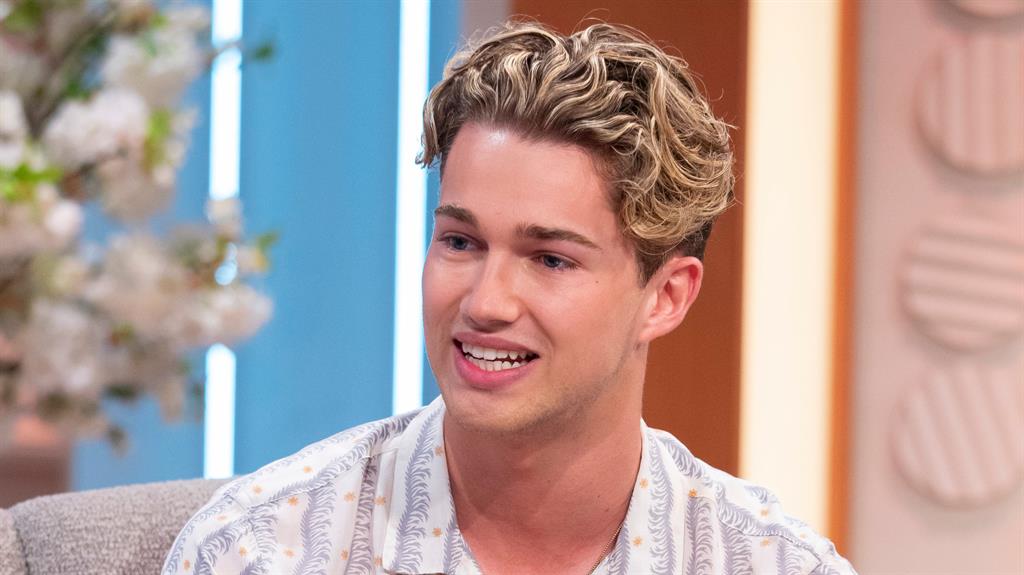 He explained: ‘Curtis wears his heart on his sleeve. He’s so honest, he literally can’t lie, and that’s sometimes his downfall, because sometimes I’m like, “Curtis, say it this way and it may come across nicer than the way you’ve said it.”

‘My advice, not that he can hear me, was just go and talk to Amy and say exactly how you feel.

‘It’s been portrayed that he’s kind of cheated on her. Yes, he kissed another girl, but that was in a task, he still slept outside with Tommy in the bed and nothing happened regarding outside.’

AJ said he wanted to go and ‘give him a hug’.