BORIS JOHNSON has plunged England back into a third total coronavirus lockdown in a huge U-turn that includes shutting all schools hours after he reopened them and assured families they were safe.

In a TV address, he told the country it was at a ‘pivotal moment’ with record numbers of infections caused by the ‘alarming speed’ of the highly-infectious mutant virus.

He said: ‘With most of the country already under extreme measures, it is clear we need to do more, together, to bring this new variant under control while our vaccines are rolled out.’

It will be illegal to leave home except for specific reasons such as essential shopping, exercise, work that can’t be done at home, to escape domestic abuse or for medical care.

Vulnerable people must shield and all schools and colleges will move to online learning, with exams cancelled and ‘alternative arrangements’ put in place.

His announcement came on the day the first British-made Oxford university/AstraZeneca vaccine jabs were rolled out — but as another 407 deaths were reported and a string of grim records were broken.

Mr Johnson said the number of Covid patients in English hospitals soared by a third in the last week to 27,000 — up 40 per cent on April 2020’s peak.

‘The number of deaths is up 20 per cent in the last week and will sadly rise further,’ he said. ‘My thoughts are with all those who have lost loved ones.’

He said that the lockdown could lift and schools reopen by mid-February, predicting ‘if things go well’ the top four priority groups — people in care homes, the over 70s, the clinically extremely vulnerable and all front-line health workers — would be vaccinated.

He said: ‘The weeks ahead will be the hardest yet but I believe we are entering the last phase of the struggle. With every jab that goes into our arms, we are tilting the odds against Covid and in favour of the British people.

‘And, thanks to the miracle of science, not only is the end in sight but we know exactly how we will get there.’ 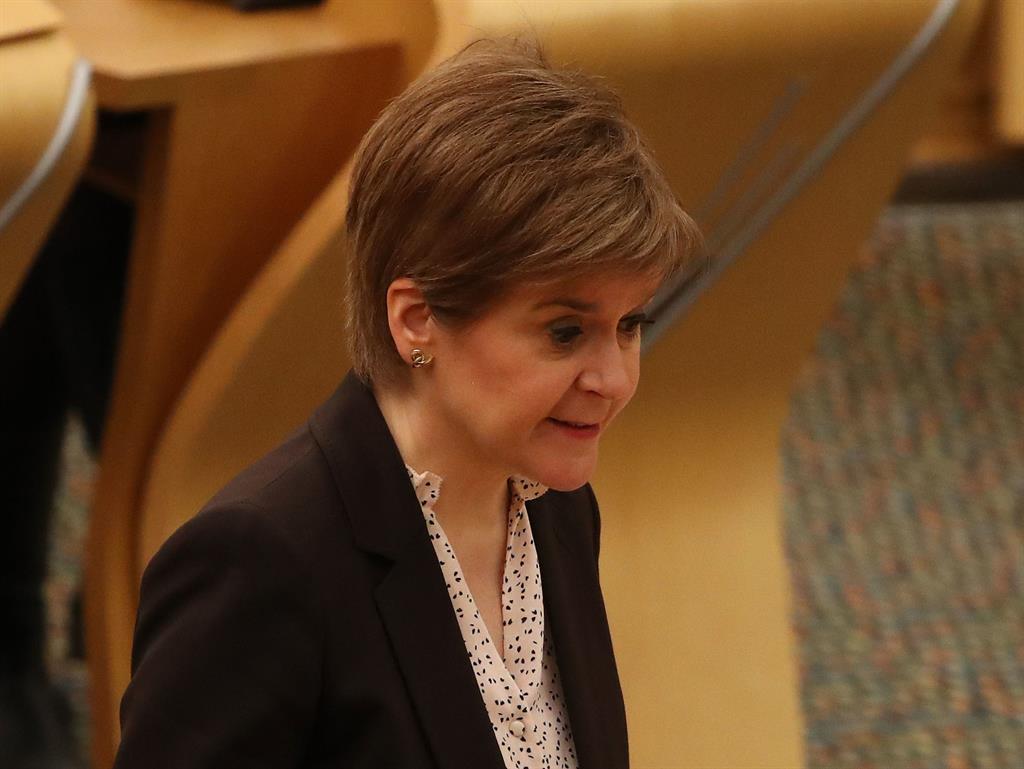 Labour leader Sir Keir Starmer — who last night backed the new lockdown — added pressure the day before by demanding one within 24 hours.

Covid-19 admissions were also at a record high, NHS England figures showed, with 26,626 people in hospital on January 4 — up 30 per cent in a week. The Joint Biosecurity Centre raised its Covid-19 alert level to five — the highest — for the first time, signifying ‘a material risk of UK healthcare being overwhelmed in 21 days’.

Sage member Prof John Edmunds predicted a final death toll of more than 100,000. He said school closures were the ‘biggest lever’ available to stop infections, telling BBC Radio 4’s PM programme: ‘The new strain is significantly more transmissible so we have to take significant extra measures to stop the NHS being overwhelmed. I can’t see any other way.’ Mr Johnson said parents whose ‘children were in school today may reasonably ask why we did not take this decision sooner’.

He said learning was vital and schools were safe but ‘may act as vectors for transmission, causing the virus to spread between households’.

Schools and colleges across Wales will move to online learning until January 18, its education minister Kirsty Williams said last night.

A snap poll by YouGov yesterday said 79 per cent backed a new lockdown.

Parliament has been recalled for a vote on the changes today. But MPs were urged to take part remotely.