VICKY SILVERTHORN is looking at a basket in her bedroom. ‘I know there are a load of cool bloggers out there who talk about the latest fashion or make-up,’ she muses. ‘But if someone says: “Have you seen this new basket?” I’m like, “Ooooh, myyy gawd!” She pauses. ‘I get very excited by storage things.’

This is a very good thing — Vicky is Britain’s best-known professional organiser and declutterer-in-chief for a host of celebrity clients including Lily Allen, Ed Sheeran and La Roux. Baskets and cabinets are her tools of the trade, and today, with spring cleaning looming for us all, she has invited us into her home to show how she looks after her own stuff. 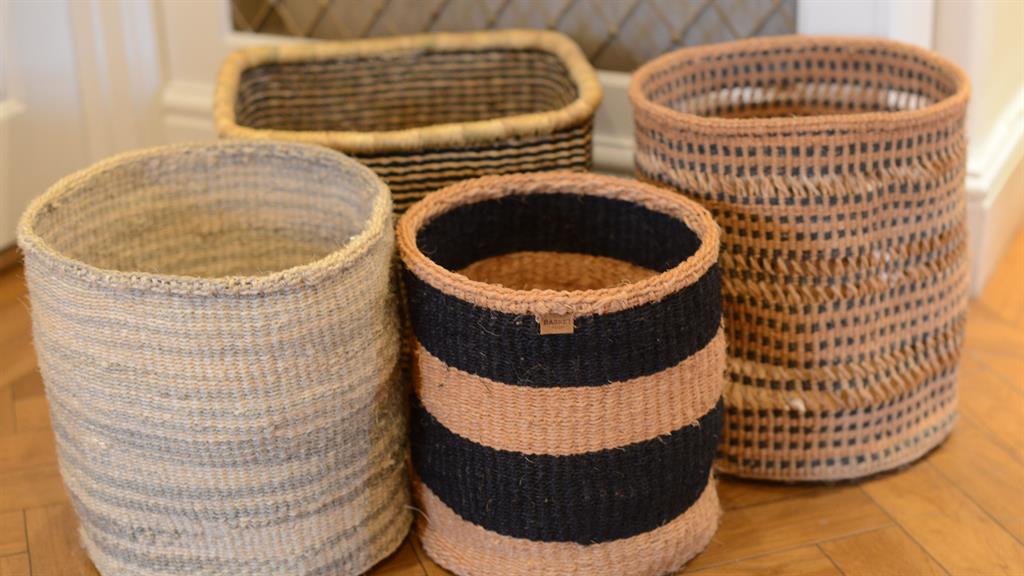 She bought the flat, which is ten minutes from Richmond, seven years ago from a woman who had used money inherited from her mother, and wanted it to go to someone who would cherish the house rather than flip it for a fast buck. For Vicky, that also means making sure it is tidy. Built in the 1960s, it was a council flat. Unusually for this kind of place, it has a hallway — something Vicky values — and, two bedrooms. ‘It’s quite compact but I love it and it’s perfect,’ she says.

‘I often get phone calls from people who have so much stuff and live in compact apartments.’ Vicky uses the word ‘stuff’ a lot. ‘They ask how to fit it in, but they’re looking at it the wrong way; the only answer is to have less stuff. You can’t fit the contents of a four-bed into a two-bed; it’s about having enough stuff to fit with how you live and with the space.’

Having worked as a PA for Lily Allen, following her across the world on tour and organising everything, Vicky started her first decluttering business in 2010. Now she helps the rich and famous, and those more mundane among us, to find a place for everything, even if that’s in the bin. 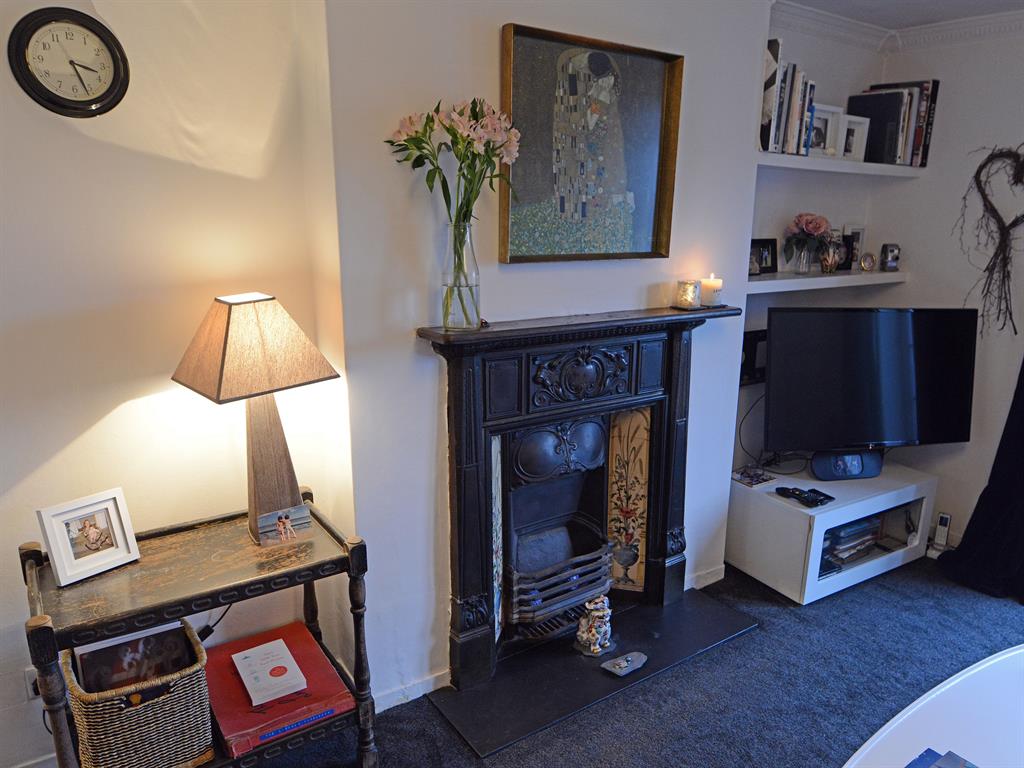 People like Vicky couldn’t be more useful right now. Recent research has shown that London is the clutter capital of the UK, its impact blamed for the loss of everything from friends to job promotions. The study by jewellery storage company, Little Shop Of Ltd, reveals more than a third of Londoners feel depressed when their house is messy and disorganised and 15 per cent of those in the capital spurn mates who are messy.

‘Have patience. When you think: “I need something for there,” that’s when you buy it. Not the other way round’

‘You know when you have too much stuff, because your home will frustrate you in many ways, whether it’s misplacing things easily or always tripping over stuff. Your environment can distract you and this is hindering both mentally and physically,’ explains Vicky. ‘It’s not that you’re naturally messy, the realisation is simply that you need to be a person who lives with less stuff. That’s a powerful moment when you realise that.’

Vicky’s home is a mix of old and new, and treads a fine line between being uncluttered and too stark. Everything has a use — practicality and decoration seem to have defined purposes. A grey palette is brightened up by blocks of colour from cushions or artworks; everything has an order and reason. 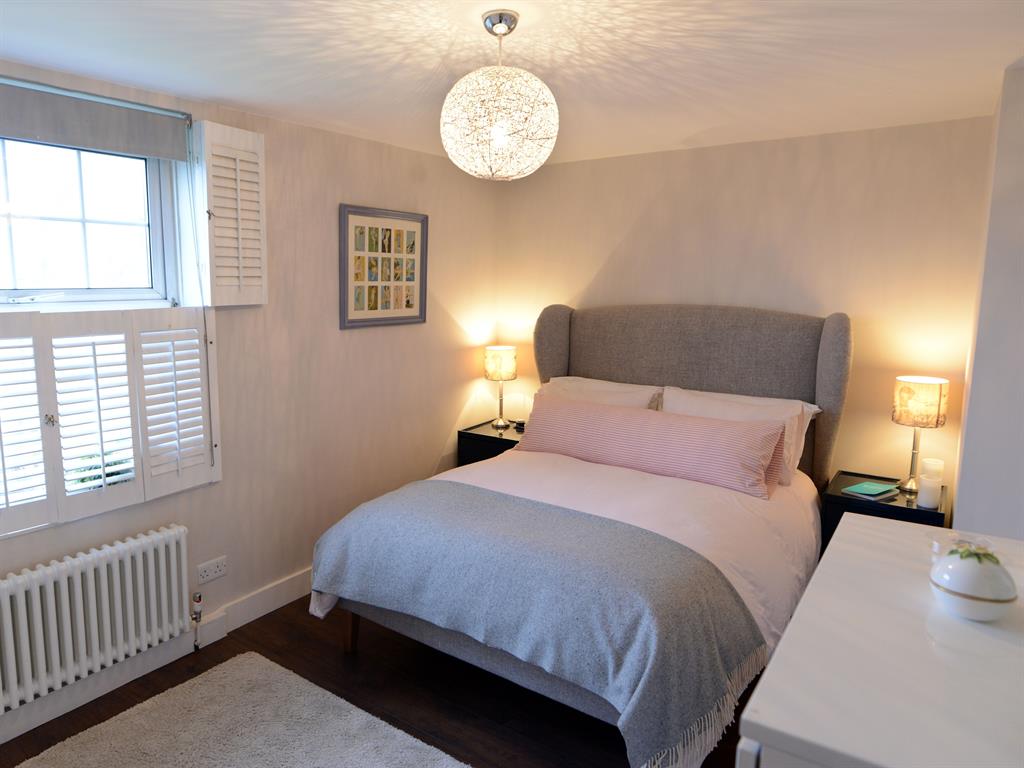 The pieces are carefully selected, and while Vicky says she is ‘the mushiest person around’, there has to be a limit to the emotional attachment we have to things. How can we do that when everything has some meaning when we really think about it?

‘My mum passed away about four years ago and I had to let a lot of her things go. There was only love between us but I knew that if I kept even half her stuff that wouldn’t have the effect I wanted it to. Being selective puts even more importance on the memory of that person. Just because they’ve touched it or worn it once, it’s still just an item of clothing. We are clever; we can pick out the real things that mean something.’ 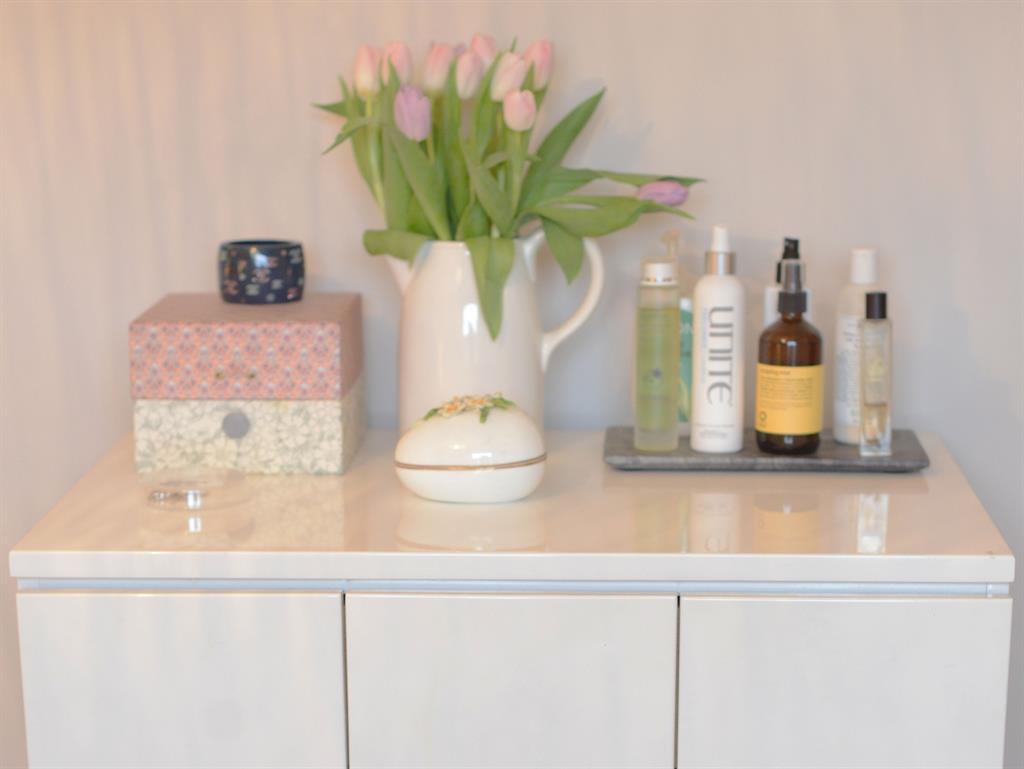 She points to a trolley in her living room. ‘Just after my mum got married she got that trolley. Then she carried it home and sanded it down and painted it bright green. Then when I was a teenager she sanded it again and painted it black. It’s naturally shabby chic, it has a coffee stain on it — that was probably when my mum was painting it — and I love it.’

Items Vicky bought recently include a £1,000 bed from sofa.com, her new favourite thing. She also has a chest of drawers made for her with a sliding compartment for all her make-up and sunglasses. But these purchases are in many ways essentials, things that she has identified a use for and bought. 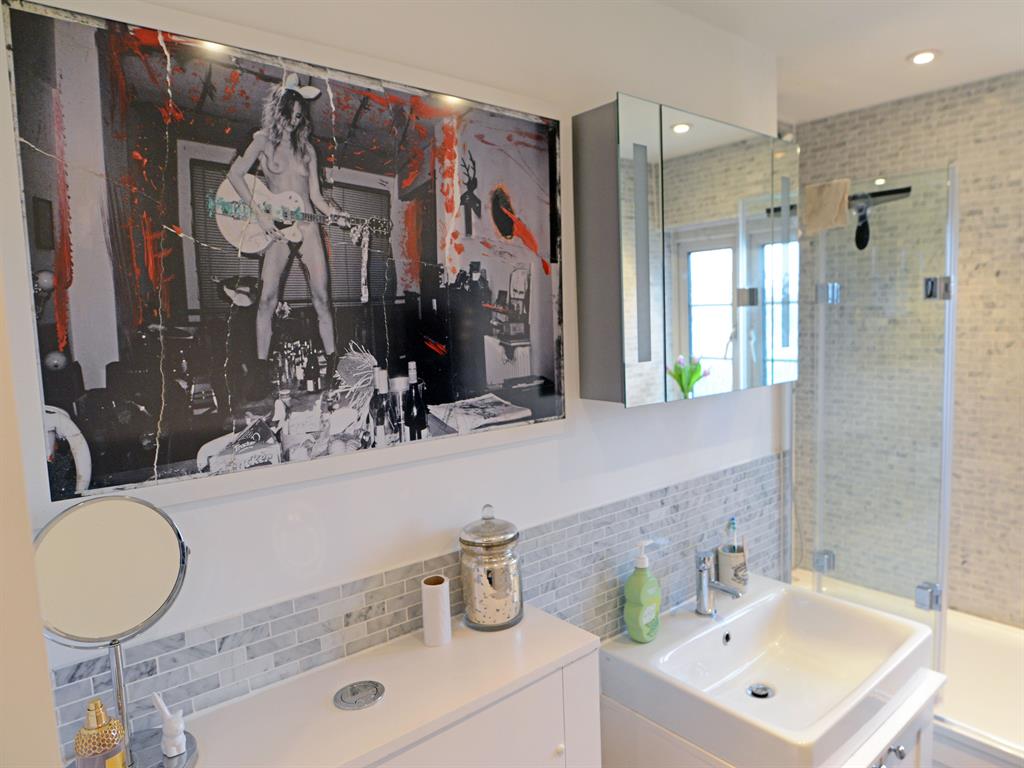 ‘When people buy a new house they buy things without knowing where they go and that’s a mistake. You need to have patience: when you think, “I need something for there or to do that,” that’s when you buy it. Not the other way round. It doesn’t always need to have a purpose, but it does need a place to go.’ 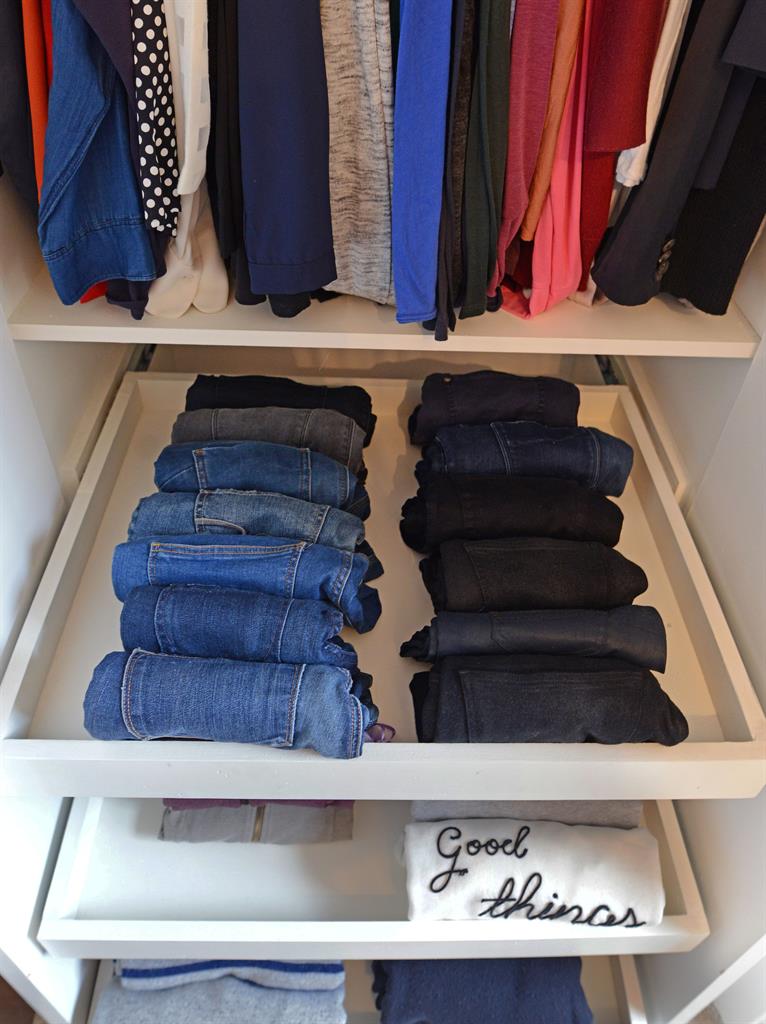 Vicky says she became tidier when she started looking after celebrities on tour. She says the one thing famous people all have in common is the amount of travelling they do and the amount of free stuff they are given. This would mean their lives can become cluttered as quickly as they can be organised. Her solution is to give things away to a friend who can use them — you’ll feel happier and so will they.

I can’t resist one more question, given the time Vicky has spent with famous musicians. Can we say tidiness is the new rock and roll? ‘Hell, yeah — I love that.’