Mercedes clinched the title in Japan yesterday — and with Hamilton and Valtteri Bottas now the only men left in the running to win the drivers’ championship, the Silver Arrows will become the first team in Formula One history to win six consecutive constructors’ and individual crowns.

Lauda (pictured below) died, aged 70, in May. The triple world champion had been at Mercedes since 2012 and played a key role in bringing Hamilton to the team.

‘I wouldn’t say I am as happy as after winning the previous championships,’ said Hamilton (pictured above). ‘We lost Niki this year and it doesn’t feel the same without him. It has been a tough year for us.

‘But I know he would take off his hat for today’s result. We owe him a huge amount and this win is for him. The whole team at Mercedes would dedicate this to Niki. I definitely do. 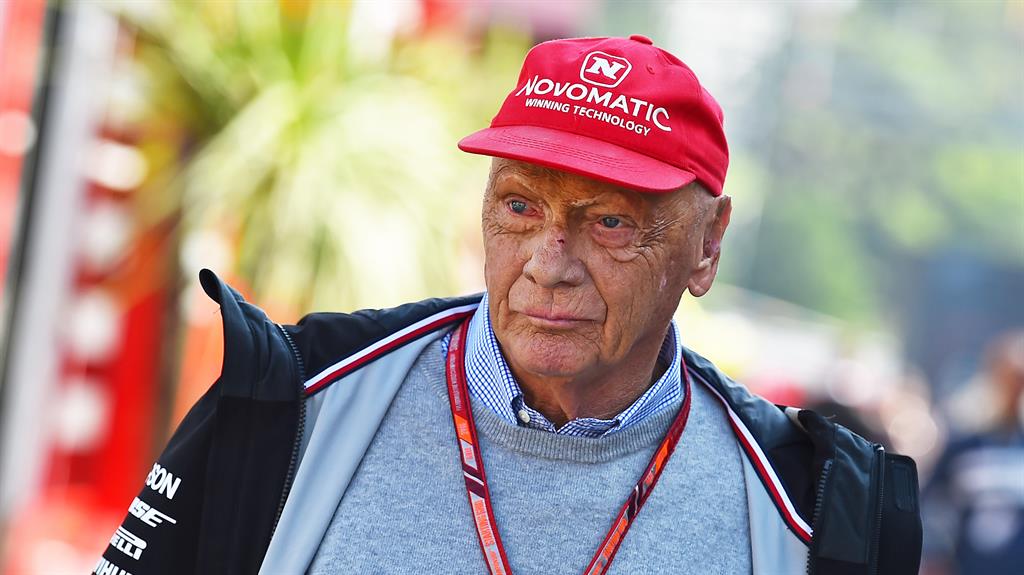 ‘Every time I walk into the garage we see Niki’s headphones and his cap. I looked at it today before I got in the car. I know he will be proud, and so will his family. This team should be proud, too.’

Hamilton’s boss Toto Wolff said: ‘We want to dedicate this to Niki because he’s been such an important part from the beginning of the journey and his sheer presence was always so important. He was a very special person.’

Hamilton will win his sixth championship a week on Sunday in Mexico City if he takes the chequered flag and team-mate Bottas finishes fifth or lower.

But the Mercedes cars have struggled at the high-altitude venue in recent seasons, and Hamilton fears he will have to wait for a title, which will move him to within one of Michael Schumacher’s record.

The US Grand Prix follows the round in Mexico before the season’s final races in Brazil and Abu Dhabi.

Hamilton, 34, added: ‘For me it has never been a case of wanting to rush things.

‘Valtteri has driven well all year long, and done well today, and he will most likely do a very solid job over the next few races. So we still have a battle and the fight continues.

‘Mexico is our Achilles heel, our worst race of the year, so it is going to be a tough one for us. The last few have been pretty shocking.

‘It’s going to be very hard to beat Ferrari there. I don’t anticipate it will be Mexico where I win the title.’