WHETHER she’s storming the red carpet in a figure-hugging thigh-splitter, or doing the promo rounds in high-heeled boots and tweed dress (as she is when we meet in London), Hailee Steinfeld can’t help but ooze glamour.

However, she’s also getting nostalgic about wearing baggy men’s clothes for her latest role, as the 19th-century poet Emily Dickinson in the racy new Apple TV+ series Dickinson. ‘Emily Dickinson dressed up in men’s clothing to sneak into a lecture hall,’ she says. ‘That was one of my favourite things to shoot because it was rebellious and dangerous. And it was a dream because there were no corsets, just baggy pants and baggy clothes.’

Despite the threat of corsets, the Bumblebee star, 22, has a ‘soft spot for period drama’. But it was a Western, True Grit, with which she made her name, scoring her an Oscar nomination in 2010 at the tender age of 13. ‘I’ll never forget when we wrapped that movie. I cried and I just remember co-star Matt Damon saying to me, “It’s only the beginning.”’ 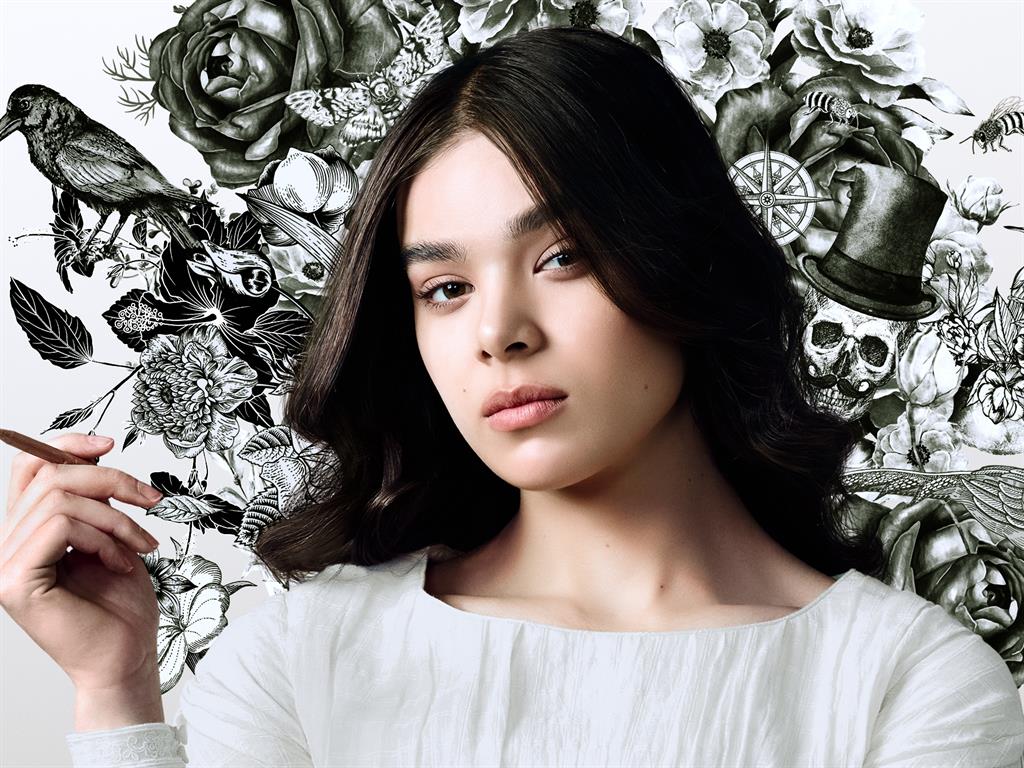 Since then she’s starred as Emily Junk in the Pitch Perfect series, gained a reputation as a singer-songwriter and taken the lead in the terrific coming-of-age comedy The Edge Of Seventeen. ‘I’ve learned from a lot of the characters I played,’ she says. ‘In The Edge Of Seventeen that was all about not being afraid to ask questions and realising that it’s OK not to have all the answers right. Because I’ve definitely gone through that time in my life where I thought I had the world figured out.’

Whether it’s the roles or the years of experience, Steinfeld seems to have a steady head on her shoulders and — so far — none of the scandals that can afflict former child actors. She’s credited her family for keeping her grounded but they also encouraged her showbiz ambitions while raising her in California. ‘The biggest mistake my parents ever made was buying an amplifier and a microphone,’ she says dryly.

She’s been linked with One Direction’s Niall Horan in the past but her latest on-screen character seems more interested in women. Dickinson sees the headstrong young poet embarking on a sexual relationship with her best friend, Sue (Ella Hunt), who also happens to be married to Emily’s brother, Austin (Adrian Enscoe).

‘I am so in love with the relationship that is said to have happened between Emily and Sue,’ says Steinfeld. ‘It’s one of my favourite relationships I’ve played. I hope that this gives people that ability to be unapologetically themselves.’ She hesitates to refer to her character as lesbian, however. ‘They didn’t necessarily have the vocabulary that we do now. And I think it’s as wrong to call Emily gay as it is to call her straight. I think if there is a word for it, it would be fluid.’

Once again, it seems like Steinfeld learned something from her character. ‘At the end of the day, you end up with somebody who makes you feel like the best version of yourself or introduces that side of yourself to you that you might not have even known. That’s part of the fun of being in all types of relationships.’ 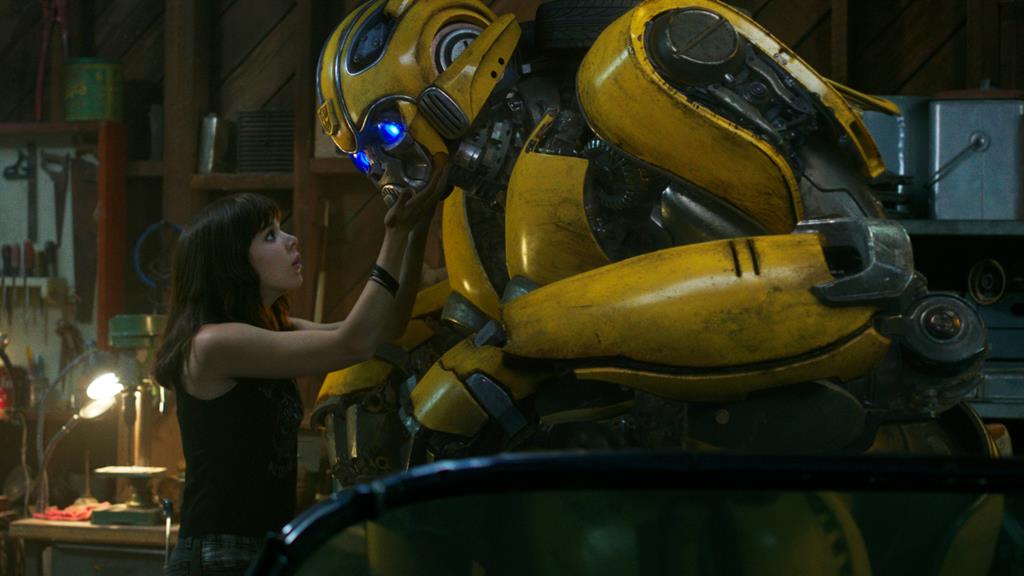 Steinfeld’s first move after playing a poet was to make music. ‘I went into the studio and, for the first time, wrote everything I was thinking and feeling and didn’t hold back. [In part] I feel like it had a lot to do with Emily and being inspired by her fearlessness.’

If she keeps assimilating a part of each of her characters, then the latest rumours could make her unstoppable — she’s tipped to be taking the lead in the upcoming Hawkeye TV series (starring Jeremy Renner), in which Kate Bishop is trained up to take on the superhero’s mantle. Bullseye!

Poetry in motion: Haille on… 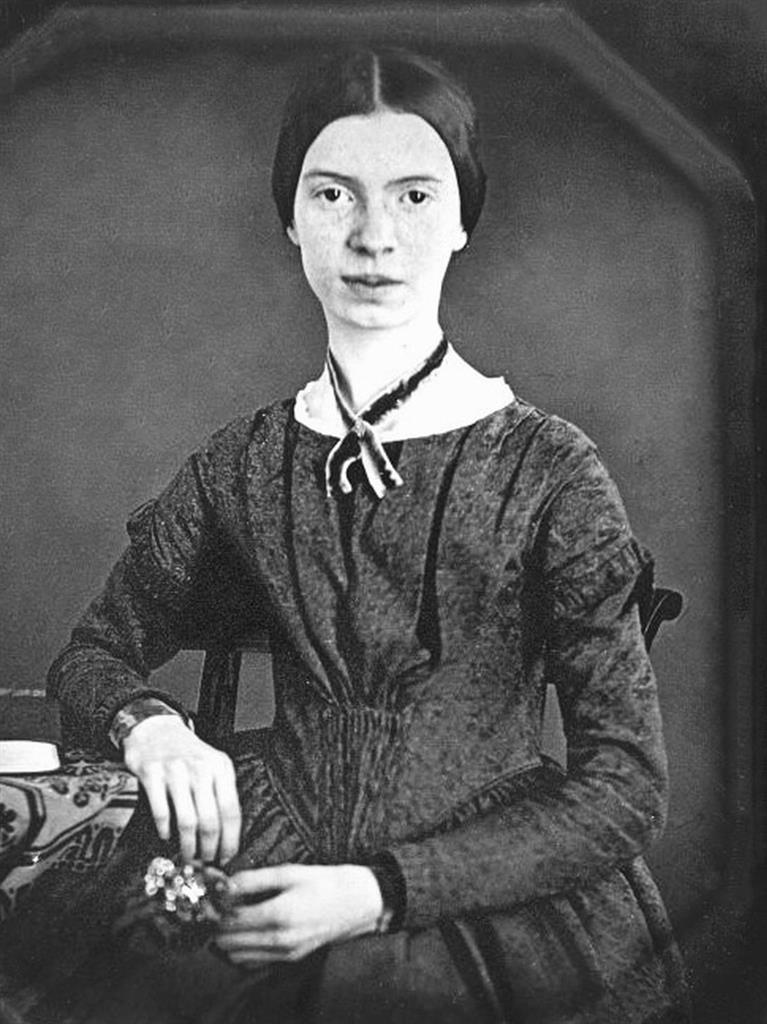 ‘I do hope that people see this and pick up her poetry. Her poetry is so easy to fall in love with and she is such a badass. And so modern and forward-thinking. I think it will spark conversation.’

‘Some of the things Emily Dickinson (pictured right) spoke about were incredibly frowned upon, if not completely forbidden by the people in her own home. This show is about not putting people in a box and, somehow, I think today we are still trying to figure out how to do that.’

‘I’ve had mixed feelings on it for a while but I do think that it can be used for so many great and wonderful things. I use it to connect with people all around the world and places I never imagined my name would exist in. But I was late to the game and I’m very thankful to have lived a handful of years in my life where it didn’t exist, where I rode a bike in my cul de sac. I think it’s so crazy when my baby cousins can figure out how to work these technical devices and scroll through Instagram.’

■ All episodes of Dickinson are on Apple TV+