It was a two-bedroom flat in a purpose-built block of eight in 2004 in Enfield. I’d come out of Fame Academy in 2003 and I was living with my dad and there were lots of fans coming round knocking on the door so I thought it was best to move out and give him a bit of peace. I moved out and rented a place for a year. Then my dad was on my case about wasting money on rent so I decided to buy somewhere.

How many places did you look at?

I was in the middle of promoting my first album so I was too busy to look at many places. I saw around four. The place I bought was close to the flat I’d been renting so the move wasn’t going to be too hard. I liked the amount of space in the flat so I bought it.

What changes did you make to it?

I put in a new kitchen and bathroom, put new wooden floors down and painted it. I just changed things that weren’t to my taste, but with your first place you do go a bit overboard on things. The tiling and bathroom were a bit higher end than they needed to be — practicalities didn’t play a big part in things.

How much did you do yourself?

I was away for the whole time so builders did it all. The first builder started OK but then he stopped turning up for a month so I had to get another one to finish it. I’m not great at DIY so I get builders in to do things, so at least if it goes wrong then I can point the finger at someone else and I haven’t messed up my own house.

Where are you now?

In London in a five-bedroom house. It’s period and it was already extended before I bought it so I didn’t have much work to do — I knocked down a wall and took out a fireplace. Renovation never really ends. You travel, see things, become inspired by other places or friend’s houses and what you want your house to look like keeps changing.

I like period properties and original features but with a modern touch to it.

Have you taken any sentimental items with you on your moves?

A picture of my mother — unfortunately she passed away before I had major success musically so there are quite a few things she never got to see or experience with me. She would have been very proud to have seen me buy my first home. Her picture serves as a reminder she’s always there smiling down at us.

Do you have any of your career memorabilia on display?

Yes, I won two Brits for Best Urban Act and three MOBOs which I have out. But I have two kids who are into sport and they have been winning their trophies, so shelf space is at a premium now.

How ‘smart’ is your home?

The tech stuff is nice at the time but you need stuff that’s updateable. When I did the place up, I put a lot of wiring in but technology moves fast and now I don’t need all of it. It’s better to have wiring as it’s less prone to issues, but suddenly a new type of connection comes out and you need to change things. I don’t have any ‘home assistants’ because I don’t want anything that’s going to listen in to me all the time.

I once stayed in a hotel in Australia when I was doing promotion — the suite on the top floor had an elevator which took you to the restaurant, bar and club area. That was cool. At the time, living in a hotel crossed my mind. My friend lives in Malibu — that’s a very nice location. His house doesn’t look like much from the outside but when you walk in, it’s out of this world — the balcony opens straight on to the beach. That would be a nice way to live.

■ Lemar presents Soul Classic on Magic Soul at weekends from 8am, magic.co.uk 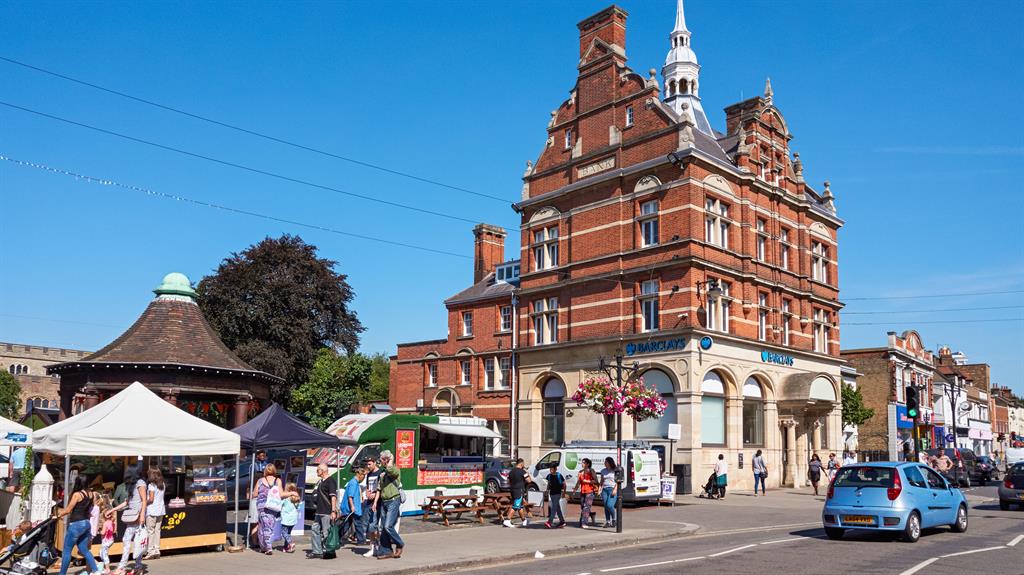 HISTORIC Enfield’s colourful past stretches back to Roman times, with artefacts of settlements found in both Edmonton and Bush Hill Park in north London, and it was mentioned in the 1086 Domesday Book as Enfelde.

More recently, Enfield Town, its administrative centre, was the first place in the UK to have a cash machine in June 1967.

These days, residents enjoy handy transport links such as Enfield Town on the London Overground plus Piccadilly Line Tube stations including Arnos Grove, Southgate and Oakwood. Famous faces who have made Enfield their home include funnyman Hal Cruttenden and broadcaster Melvin Odoom.