JAMIE VARDY scored a hat-trick as five-goal Leicester powered to the top of the Premier League and left Manchester City stunned.

Three of the Foxes’ goals, including two of Vardy’s, came from the penalty spot with the former England striker and James Maddison both producing superb finishes before Youri Tielemans completed the rout from 12 yards.

There was little indication of what was to follow with Riyad Mahrez’s brilliant fourth-minute strike against his old club underlining almost total City dominance in the first half an hour.

The hosts had Raheem Sterling and Kevin De Bruyne operating as false nines with Gabriel Jesus’ midweek injury having left them without a recognised centre forward but despite having so much of the ball they created few clear-cut openings. 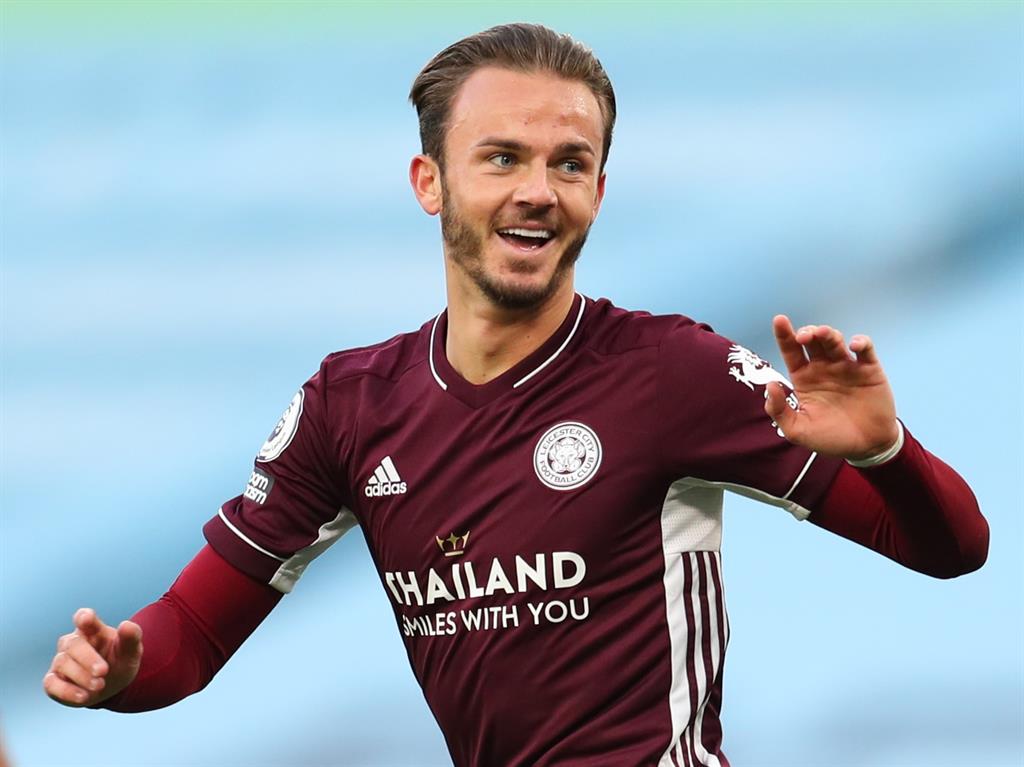 Rodri did have a header chalked off for offside but a rare Leicester break eight minutes before the break saw Vardy get behind Kyle Walker, who hauled him down for a penalty which the former England striker fired home.

It was from another counter-attack that the Foxes took a 54th-minute lead. Tielemans sent Timothy Castagne clear down the right and he crossed low for Vardy, who allowed the ball to run under one foot and delightfully backheeled it into the net with the other.

Four minutes later Vardy won another penalty, this time Eric Garcia unable to deal with his pace, and completed his second career hat-trick against City.

It soon got even better for Leicester with substitute Maddison collecting the ball 25 yards and and firing a wonderful shot into the top corner.

Liam Delap, 17, who had come on for his Premier League debut with the scores still level, went close to pulling one back when he headed against the bar before City were thrown a lifeline six minutes from time when Nathan Ake headed home from a corner but there was still time for City manager Pep Guardiola’s defensive woes to be exposed one more time.

Benjamin Mendy fouled Maddison to give Leicester their third penalty and with Vardy having been substituted, Tielemans fired home their fifth.

■ 686 — Matches as a manager for Pep Guardiola, who saw one of his sides concede five goals in a game for the first time at the Etihad yesterday