JEREMY CORBYN is facing an internal revolt after an MP who said Labour had been ‘too apologetic’ over alleged anti-Semitism was readmitted to the party.

The opposition leader (above) has been urged in a letter from 118 MPs and peers, including his deputy Tom Watson, to reverse the decision to end Chris Williamson’s suspension. They said they could not overstate the ‘depth and breadth of hurt and anger’ at the way the case had been handled.

Mr Corbyn said the decision reached by an independent panel had nothing to do with him. But the letter, made public yesterday, said: ‘We call on Jeremy Corbyn to show leadership by asking for this inappropriate, offensive and reputationally damaging decision to be overturned and reviewed.

‘Ultimately, it is for Jeremy Corbyn to decide whether Chris Williamson retains the Labour whip. He must remove it immediately if we are to stand any hope of persuading anyone that the Labour Party is taking anti-Semitism seriously.’

Mr Williamson was suspended from Labour in February after a clip released by The Yorkshire Post showed him tell a meeting: ‘The party that has done more to stand up to racism is now being demonised as a racist, bigoted party.

‘I think our party’s response has been partly responsible for that. Because in my opinion, we’ve given too much ground, we’ve been too apologetic.’ 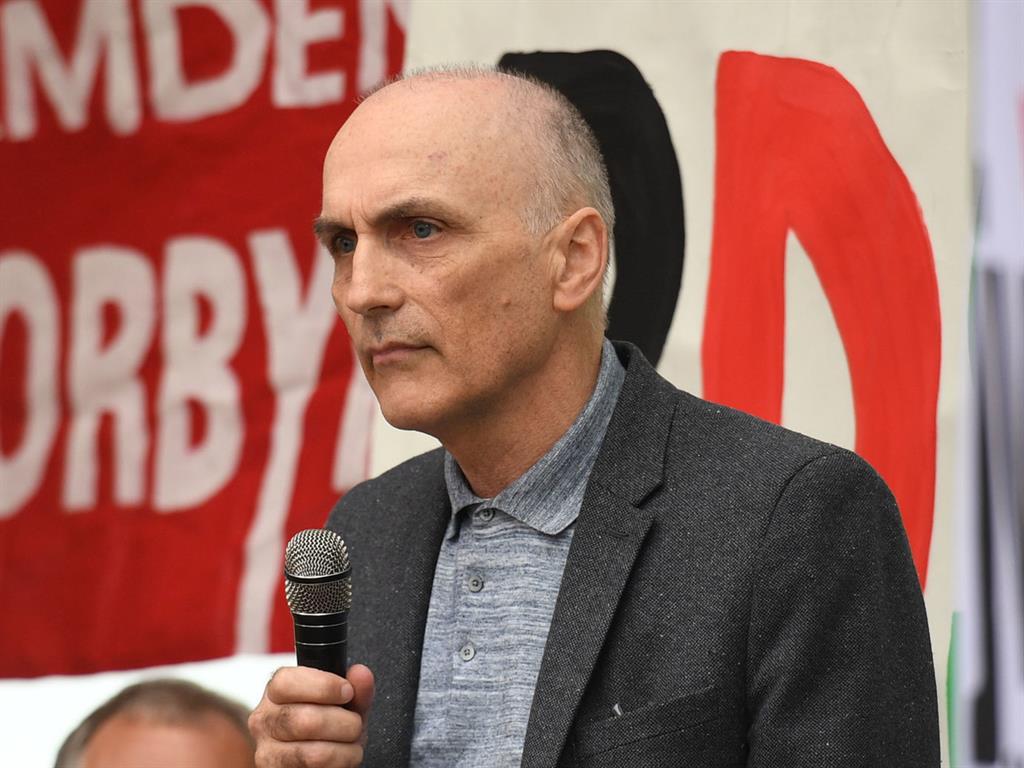 The Derby North MP was also recorded saying he ‘celebrated’ when he heard Joan Ryan had defected to the new Independent Group that seven other Labour MPs also joined. Ms Ryan, the chair of Labour Friends of Israel, had said she was leaving as the party allowed ‘Jews to be abused with impunity’.

Mr Williamson was readmitted with a formal warning after being interviewed by a National Executive Committee panel. He had apologised, saying: ‘Our movement can never be “too apologetic” about racism within our ranks.’

But the MPs and peers, who included former work and pensions secretary Yvette Cooper, were backed by more than 70 ‘dismayed’ Labour staffers who signed a letter to party general secretary Jennie Formby. The letter to Mr Corbyn warned the handling of the case was ‘particularly important’ as the party faced an investigation by the Equality and Human Rights Commission over alleged institutional anti-Semitism.

Mr Watson told the BBC: ‘It’s obviously a mistake. I’m bewildered by the decision. What they’ve done is taken away a proper disciplinary inquiry that would’ve gone to the facts.’ He wants a new inquiry and said Mr Williamson should lose the party whip while it is held.

While out campaigning in Hartlepool, Co. Durham, Mr Corbyn said the panel ‘went through the case in great detail’ before reaching the decision, adding: ‘We deal with anti-Semitism very, very seriously. There is no place for it in our society and obviously not in our party.’

A Labour source said: ‘Several MPs, who have signed, have in the past argued against political interference.’ Mr Williamson said: ‘I’d like to express my heartfelt thanks for the avalanche of goodwill messages from grassroots members.’

■ BORIS Johnson was accused of going back on a promise to investigate Islamophobia in the Tory party, after former leadership rival Sajid Javid got candidates to agree to an inquiry. Yesterday, Mr Johnson said he ‘took it up’ with Mr Javid, and was told that ‘what we’ve committed to is a general investigation into all types of prejudice’. Miqdaad Versi, of the Muslim Council of Britain, called the comment ‘truly outrageous’.