A NEW material made from squid suckers could one day replace man-made fibres such as nylon and polyester.

This would help to reduce microplastic pollution in the oceans, as well as paving the way for new possibilities such as self-repairing safety clothing, or garments with built-in, flexible screens.

The material is made from a substance found in suckers on a squid’s tentacles. In some species, the suckers have a ring of ‘teeth’ to help the squid grip to a surface.

Scientists at Pennsylvania State University in the US are excited about the proteins that form these SRTs — squid ring teeth. SRT proteins are made up of ‘building blocks’ that combine in different ways to produce materials with different properties.

Depending on the arrangement of the blocks, the resulting fabric may be electrically conductive or have self-healing properties.

Microfibres becoming detached from items of clothing in the washing machine are currently a major source of microplastic pollution, but clothing coated with SRT protein-based materials would be more durable.

Similarly, self-healing materials could be used to manufacture better safety wear, such as hazmat suits, say the researchers.

By using layers of different SRT materials, interwoven with other substances, you could create clothes that change colour when air pollution hits dangerous levels, or with a built-in, flexible display.

‘SRT photonics are biocompatible and biodegradable, so could be used to make not only wearable health monitors but also implantable devices for biosensing and biodetection,’ said Prof Demirel.

There’s no cruelty to animals involved either — the SRT proteins can be grown in a lab, using genetically modified E.coli bacteria, without needing to trouble the dwindling squid population. It’s more efficient to grow them from scratch than it would be to ‘harvest’ them from nature.

Prof Demirel explained: ‘We don’t want to deplete natural squid resources, and hence we produce these proteins in genetically modified bacteria. The process is based on fermentation and uses sugar, water and oxygen to produce biopolymers.

‘Scaling up these materials requires additional work. We are now working on the processing technology of these materials so that we can make them available in industrial manufacturing processes.’

■ 140 miles — The distance Stoehenge’s bluestone pillars were transported from Pembrokeshire to Salisbury. A new study by archaeologists at UCL suggests that the stones were dragged across land, not floated down the Severn Estuary on rafts, as previously assumed.

ASTRONOMERS studying Neptune’s most recently discovered moon have uncovered the story of its birth.

Hippocamp was spotted in 2013 from archived photos from the Hubble Space Telescope. At only 15 miles across, it is Neptune’s smallest moon.

It hovers surprisingly close to Proteus, the largest of Neptune’s inner moons — and a giant compared to Hippocamp.

For this reason, senior researcher Mark Showalter and astronomers from the Seti Institute believe Hippocamp formed from debris blasted from Proteus after a collision with a comet. If it had simply wandered into Proteus’s orbit from elsewhere in the solar system, the larger moon would have either booted it away or swallowed it.

Dr Showalter’s team discovered Hippocamp from Hubble’s images of the Neptune system from 2004 and 2009, bringing the number of Neptune’s moons up to 14.

Its diminutive size is the reason it took so long to be discovered. ‘This is the smallest known moon around the farthest known planet in the solar system,’ he said.

Finding Hippocamp pushed the limits of detection: it is so small and faint that it is impossible to distinguish from images alone. However, the team developed new techniques by stacking several exposures on top of one another, revealing Hippocamp as a bright spot.

■ 2 hours — The time it took 10,000 maggots to eat their way through a 16-inch margherita pizza, as recorded by a team at Georgia Tech in the US 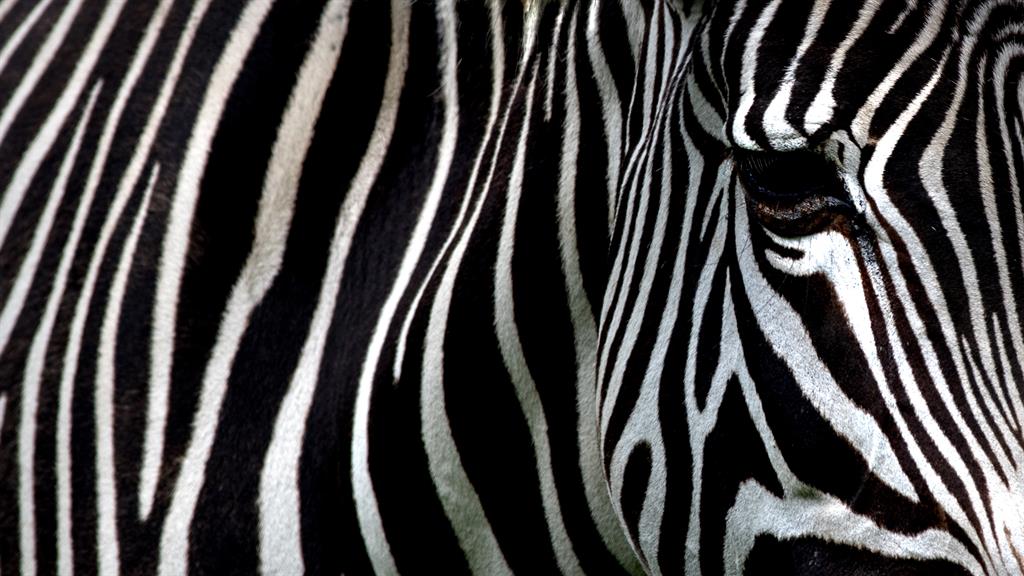 ZEBRA stripes may have evolved to protect the animals from bloodsucking flies.

A team at the University of California found that horseflies landed on zebras less than a quarter as often as they pitched on horses in the same enclosure. It is believed the stripes act as an optical illusion, confusing the flies’ visual systems. In a second experiment, horses enjoyed the same protective effect when dressed in imitation stripy zebra coats.

Bone marrow transplants from the young could stop memory loss

BONE marrow transplants from young to old mice can slow down the ageing of their brains.

Ancient water marks cause a splash on Mars

NEW images from the European Space Agency’s Mars Express satellite appear to show a system of interlinking trenches and valleys, which were most likely formed by water erosion.

It adds further weight to the theory that, while Mars is now barren and inhospitable, it was once far less desolate. Scientists reckon it had a denser, hotter atmosphere and its surface flowed with water.

Images shot at Mars’s southern highlands show valleys 120 miles across have been formed. And a system of interconnecting trenches appear to follow the same branch-like pattern seen in river deltas on Earth. But it’s still not clear where that water originally came from or, more crucially, if Mars was able to host life.

The next Red Planet missions, due to launch next year, will seek to address those questions.

Has an animal ever evolved itself into extinction?

It is quite hard for a predator to drive itself extinct simply by being such a good hunter that it eats all available prey. Normally, evolution is a slow process and predators are in an arms race with prey, who evolve new ways to escape.

If the balance shifts in favour of the predator, the amount of food dwindles and the predators aren’t able to raise as many young. The prey population can recover, and equilibrium is restored. But when a predator specialises to hunt a single species, it can get trapped in an evolutionary dead end. New Zealand’s Haast’s eagle evolved to prey exclusively on the flightless moa bird. When humans arrived in the 1200s, they hunted the moa to extinction. The eagle couldn’t adapt and went extinct with them. ‘Coextinction’ is also common with parasites that live on a single host animal.

Why do apples bruise? 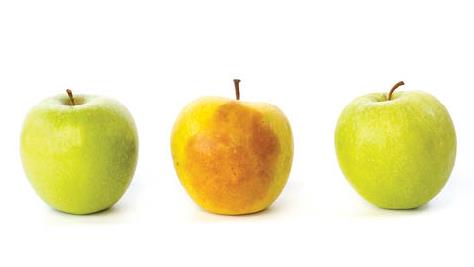 Cutting or dropping an apple causes compartments inside the cells, including the central storage sacs (vacuoles), to burst open, allowing chemicals to mix and oxygen to flood in and catalyse reactions. In particular, chemicals in the vacuole called polyphenols come into contact with an enzyme called polyphenol oxidase (PPO) which is present in every cell in the apple. It’s this reaction that leads to the brown, unappetising ‘melanin’ chemicals that we see on a sliced or bruised apple.

On this week’s Science Focus podcast:

We ask: what’s driving our planet’s insects to extinction?

Search for us on your favourite podcast app or visit www.sciencefocus.com/science-focus-podcast/ to listen

■ Based on stories featured in BBC Focus Magazine, which is available in shops now. Read more about the science that matters at sciencefocus.com.