IT IS no secret Elon Musk wants to build a fast space internet. His company SpaceX has been granted permission by the US Federal Communications Commission to set up a vast network of low Earth orbit satellites. But the company remains tight-lipped about the project, known as Starlink.

Now Prof Mark Handley at University College London has taken SpaceX’s FCC filings to create a simulation of what it might look like, which he will present at a conference next week.

Initially, Starlink will consist of 4,425 satellites orbiting between 700 and 800 miles up, more active satellites than are currently in orbit. There is only one configuration that minimises collisions, says Mr Handley, so he is confident his simulation reflects the SpaceX plan.

When an internet message reaches Starlink it will be fired from satellite to satellite using lasers. Between distant places, this will allow messages to be sent twice as fast as through Earth-bound optical fibres.

The cost of launching and maintaining such a network will be eye-watering. Getting a single satellite into orbit costs tens of millions of dollars. Each Starlink satellite will probably need to be replaced every few years.

‘To maintain just 4,425, you’re going to be launching that number every five years,’ says Dr Hugh Lewis at the University of Southampton, who represents the UK Space Agency on the Inter-Agency Space Debris Coordination Committee.

That’s why Starlink needs wealthy customers — most likely high-frequency traders at big banks. When fortunes can be made and lost in a millisecond, a doubling of internet speed could be worth billions to them. Mr Handley’s model shows more satellites over trading centres such as London, Paris, Frankfurt and New York.

But Starlink could also bring the internet to otherwise inaccessible places, from ships to mountain villages. All you need is a solar-powered suitcase-sized box to talk to a satellite.

SpaceX, which declined to comment, launched two test satellites in March and aims to send up its first proper Starlink satellites next year.

Even though Starlink is a vast undertaking in its own right, Mr Handley thinks it is designed to fund something bigger. ‘Musk’s raising money for the Mars programme,’ he says.

Mass air travel may put brakes on next pandemic

WHEN the next deadly disease breaks out, modern air travel is likely to spread it halfway around the world before we even notice.

But long-distance flying might make some diseases less likely to kill large numbers of people, research has found.

New diseases evolve from related strains of viruses and bacteria and may only differ from old microbes by a few genetic mutations, says Dr Robin Thompson of Oxford University.

This often means people exposed to the first strain have some degree of immune resistance to the new, deadlier one, reducing the chance of catching the disease or dying from it.

Researchers think air travel may play a role in controlling pandemics by acting like a ‘natural vaccination’, spreading microbes around the world before a strain has the chance to evolve into something people have not come into contact with.

‘We may have been thinking about air travel all wrong,’ Dr Thompson said.

While the work is theoretical, it could explain why we haven’t had a devastating pandemic in recent years despite living in a world of mega-cities and long-distance travel. The 2009 swine flu outbreak, which was classed as a pandemic by the World Health Organization, for example, turned out to be a lot milder than initially feared. Animal research suggests this could be because lots of people had pre-existing immunity.

It doesn’t mean there won’t be another deadly pandemic, said Dr Thompson. Diseases that currently affect animals could mutate to infect people, like HIV which spread from chimps to humans. 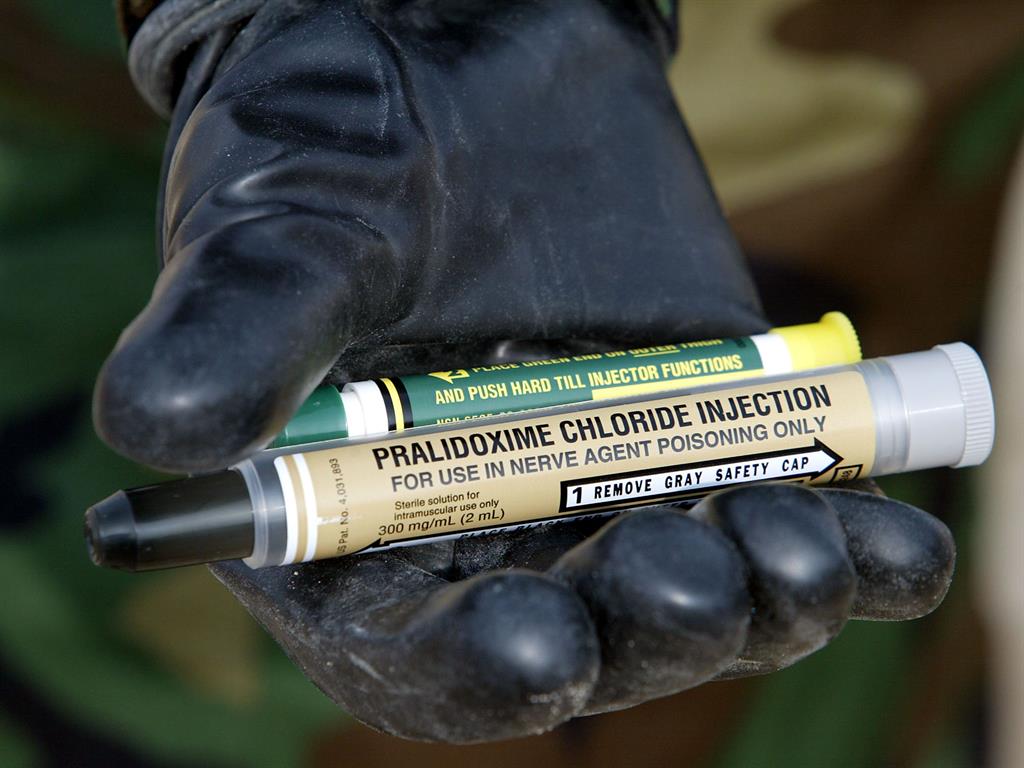 SOLDIERS under chemical attack could soon be protected by a piece of kit which immediately injects an antidote.

A pen-sized device developed by the US army will check the user for opioid intoxication and could be triggered automatically or even remotely.

In the past, soldiers have manually used syringes but potential weapons, such as fentanyl, act too fast for them to respond.

Buddhist art brought up to date by artificial intelligence 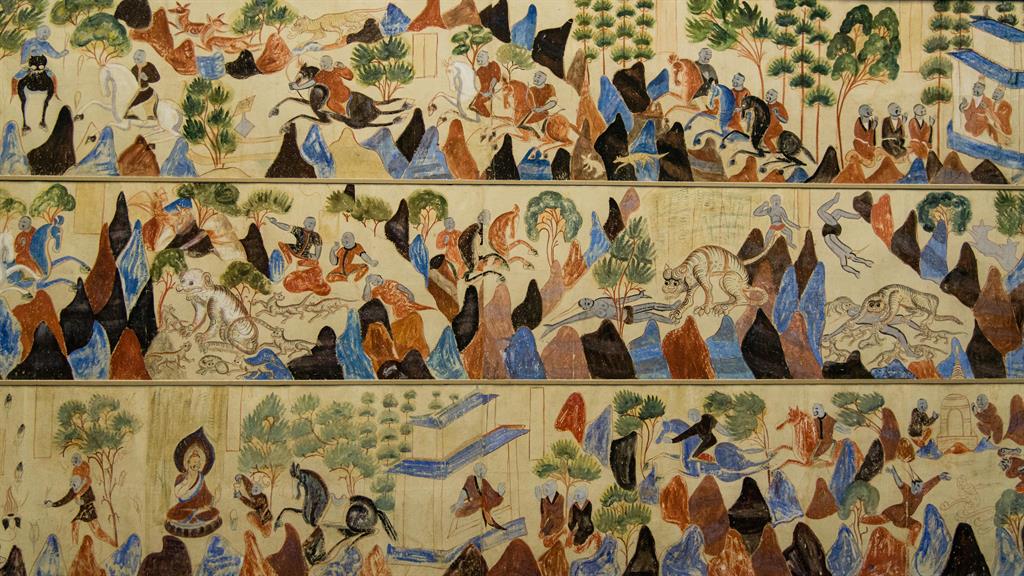 ARTIFICIAL intelligence is being used to date ancient Buddhist art.

Prof Qin Zou and colleagues at Wuhan University trained an AI system to assign dynastic eras to some of the thousands of Buddhist murals in northern China’s Mogao Caves. The system extracts features, such as colour, and looks for ‘hidden visual codes’. It has a 91 per cent accuracy when choosing between two eras.

TODAY’S party outfit could become tomorrow’s floor, thanks to a method for turning old clothes into tiles.

Professor Veena Sahajwalla at the University of New South Wales in Australia used garments from charity bins to create flat panels for furnishing interiors. Her team shredded the cotton, polyester, nylon and other fabrics, treating the resulting fleece with a chemical to help the fibres stick together.

This was compressed under heat to form solid panels that were suitable for use as floor tiles, wall panels or other construction materials.

After tests, the panels proved to be strong, water-resistant and minimally flammable. The team are now building a small factory in their university building to see if the recycling process can be scaled up and commercialised.

SEX between giant pandas is a noisy affair: males bleat and females moan.

Now researchers have identified which calls are most likely to reveal that a pair actually mated, which could help to gauge captive breeding efforts and track behaviour in the wild.

Calls from 23 adult giant pandas in conservation centres in China were recorded during 21 breeding sessions between 2015 and 2018. The pandas bleated, chirped, moaned, barked and roared. Meghan Martin-Wintle and her colleagues at the San Diego Zoo in California, examined 2,566 calls, measuring their duration and analysing subtle changes in pitch. They then worked out which calls were connected with breeding sessions that led to copulation.

Both male and female bleats, it turns out, were associated with successful sex. Female moans were also a sure sign of success. Female roars, however, always indicated breeding failure. Female barks and chirps also meant an unsuccessful coupling.

As giant panda populations rebound from the brink of extinction, knowing how calls relate to procreation can help conservationists assess mating behaviour in captivity and in the wild using recording collars.

Also in NS this week: 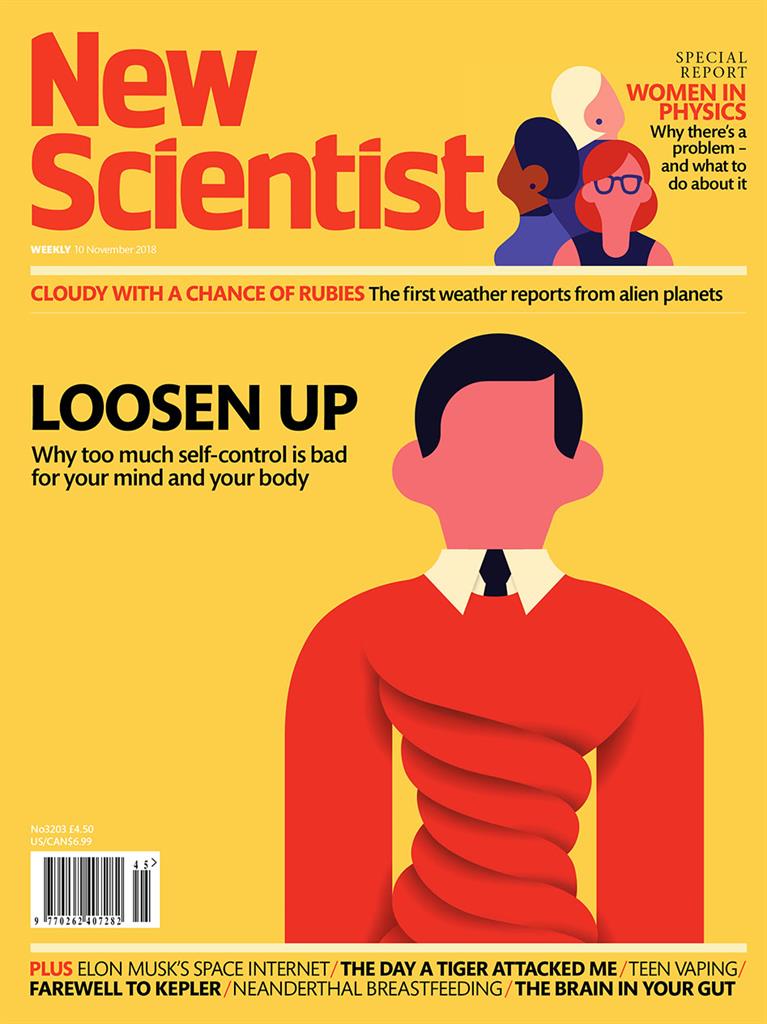 ■ Why are there so few women in physics?

■ The truth about teen vaping

■ Dorothy Hodgkin should be on the £50 note

New Scientist is available in the shops now. For more cool science and technology stories go to newscientist.com