LA VOIX is big star — big hair, big laughs and even bigger legions of fans — but when the Britain’s Got Talent semi-finalist and Absolutely Fabulous: The Movie star isn’t wowing crowds around the world, she lives in a cottage in the countryside, surrounded by fields and wildlife.

Tell us about your first home…

I bought it in 2004. It was a three-bed apartment in Forest Hill, south London. It was just outside of the town centre, so it was more affordable, and there were a lot of singers and performers there. When I was flat-hunting, I was doing a lot of panto and it seemed like everyone was moving there, yet I hadn’t really heard of it. It was a family area, so it edged on the slightly boring for someone in their twenties.

Did you stand out in that area?

Darling, with this red hair I was a beacon of light in that dark corner of Forest Hill.

It was very much a professional person’s complex, with everyone working in the corporate world. They disappeared during the day and I could sing and rehearse without upsetting anyone. The apartment block had an indoor gym and pool. We used to have fabulous pool parties. Actually, I think I may have brought a bit of glamour to the area. We would go to the pool at 1am — you probably can’t do that now. I used to work with David Gest, who would be awake at all hours. He once took a dip in our pool. I’d probably not be allowed back in Forest Hill now.

What put you in a position to buy?

I had a very theatrical father who, along with my mother, worked very hard and helped me get a deposit together. We only paid around £180,000. It seemed astronomical, but ten years later when I moved out the value had increased hugely.

What did you learn?

I learned a lot about renovating and making the apartment my home. It was my first home and I loved it dearly. It was a huge jump from the north east of England. I mean, all we have there are trestle tables and lino flooring. I now had a gym, a pool and a Sainsbury’s round the corner.

Where did you go from there?

I moved to Greenwich for a while and got a Georgian townhouse. It was smaller but it was beautiful, with delightful sash windows. But as my show grew, so did my gowns and feathers and I was soon drowning in ostrich feathers. I needed more space. Dear friends of mine have a hotel — Champneys, in Tring — and so I stayed there for several months while house hunting. I came to realise I liked the area, so I bought a house round there. I now live in an old Rothschild cottage surrounded by trees, badgers and fields — and I have a huge store for all my dresses. It’s a very different life to London, however my driver Joanne is somewhat speedy and can get me into London in around 45 minutes.

House viewing. I love a good rummage around people’s homes, looking at the terrible décor people choose — and carpets. You think someone chose that colour, it didn’t just end up there. On the flip side, I love looking at people’s nick-nacks. If you ever come round, I’ll show you mine. I collect them on my travels around the globe and when I come home they bring back such happy memories.

What are you up to now?

I’m busy planning for my 2020 tour, The UK’s Funniest Red Head! — which starts in February and goes all over the country — and another new show, which I’ll be taking aboard P&O’s Iona cruise ship in May. I’ll also be back on BBC Three Counties Radio. 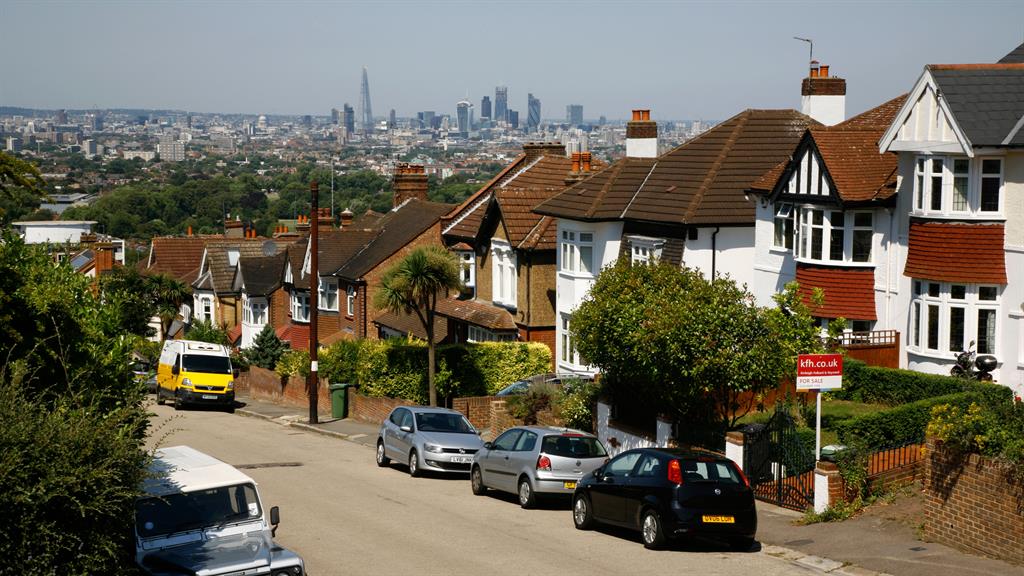 FOREST Hill might not be as cheap as it once was, but it still has massive appeal for a number of good reasons. Its elevated position gives great views of the capital and makes it feel separate from the Big Smoke — if that’s what you’re after — with everything families and young professionals need. There are gyms, large green spaces, some nice independent shops and plenty of semi-detached and terraced properties that have largely been modernised. The majority of sales in Forest Hill during the last year were flats, selling for an average price of £362,103. Terraced properties sold for an average price of £615,850, with semi-detached properties fetching £847,753. Forest Hill has an overall average price of £522,382 (rightmove.co.uk).