CHANNEL 4’s on-the-run reality show Celebrity Hunted, which hopes to raise millions in aid of Stand Up To Cancer, is back on our screens for a second series.

The show’s premise is simple: eight ‘fugitives’ go on the run and off-grid, taking extreme measures to avoid detection and evade capture from a team of expert hunters for 14 days. Sounds easy, right? Well, the fact the UK is estimated to have around six million CCTV cameras and the average Londoner is caught on camera 300 times a day indicates the complexities involved in going incognito.

Chuck in the alarming amount of personal data and lax scattering of our lives online alongside recent research from Kaspersky Lab, which discovered two in three people are unaware of who knows what about them online, and it would appear that, as a nation, we are pretty clueless when it comes to our digital footprint.

It’s little wonder, then, that being a fugitive isn’t as easy as you think.

During my time ‘on the run’, I learned all sorts of sophisticated techniques to stay one step ahead of the hunters, who are former military, police and intelligence officers. Luckily for me, MP Johnny Mercer agreed to be my fellow fugitive. He’s a former commando who served three tours in Afghanistan and is a master of the art of evading capture. While I certainly got my pick of the celebrity bunch, it is startling just how easy it is to track people in 21st-century Britain.

We set off from the Tower of London with six other celebrities, including Dom Joly and Louis Smith, and scattered in different directions as the hunters were being handed our mugshots and biogs. I was relying on a contacts book I’d built up over 40 years as a journalist to organise our initial escape in a Fire Rescue boat along the Thames. That was our first challenge. With all the CCTV cameras in the capital, some with facial recognition — only Beijing has more coverage than the UK — it didn’t take long for the hunters to find out where we were.

As part of the game, Hunted HQ can recreate the same surveillance techniques adopted by the States, so it was also easy for them to follow our road journey via ANPR (automatic number plate recognition) as we tried to flee. To put that into perspective, 8,500 cameras capture between 25 and 35 million pieces of data per day.

Should we stay on minor roads and travel slowly or belt it down the motorway and ping a camera every few miles? We tried both with varying degrees of success.

But the biggest challenge, and one you probably won’t be aware of in Big Brother Britain, is telematics. Every new car built in Europe is fitted with a black box. If you’re involved in an accident, the emergency services can be alerted to come to your aid. However, the technology also means the security services can tap into the microphone in your vehicle and even remotely bring the vehicle to a stop.

On the less complicated side of the scale, another technique employed by the hunters is to deep-dive into social media. At the turn of the decade, Google CEO Eric Schmidt said every two days we create the same amount of data as we did from the dawn of civilisation up until 2003. That’s a lot of data. Because of my oversharing, the hunters managed to quickly build up a profile and they discovered where my holiday home was within an hour, even arriving there before I did. Remember when we used to be furious if someone read our diary without permission? Now we don’t give a second thought about sharing photos of our children, pets, holidays or dinner with complete strangers.

Elsewhere, my plans to hide in plain sight were scuppered when the hunters launched a social media campaign to track us, immediately increasing their number from 50 to potentially 50million hunters across the UK.

The show made for high-octane days and since filming I have battled with bouts of paranoia and have found myself being overtly aware of the noise of helicopters and aeroplanes. I’m also cautious about cars closer to me than I was expecting. The producers warned us we may be a little anxious and offered a psychiatrist to help with the transition back to Civvy Street. Thankfully, that wasn’t needed.

Cancer has claimed the lives of those who have meant most to me, including my mother and three of my closest girlfriends, so I was determined to do my best to raise money for Stand Up to Cancer by staying in the programme for as long possible. And my attempts to remain unseen are working — I’m still here. But for how long?

What the experts say… 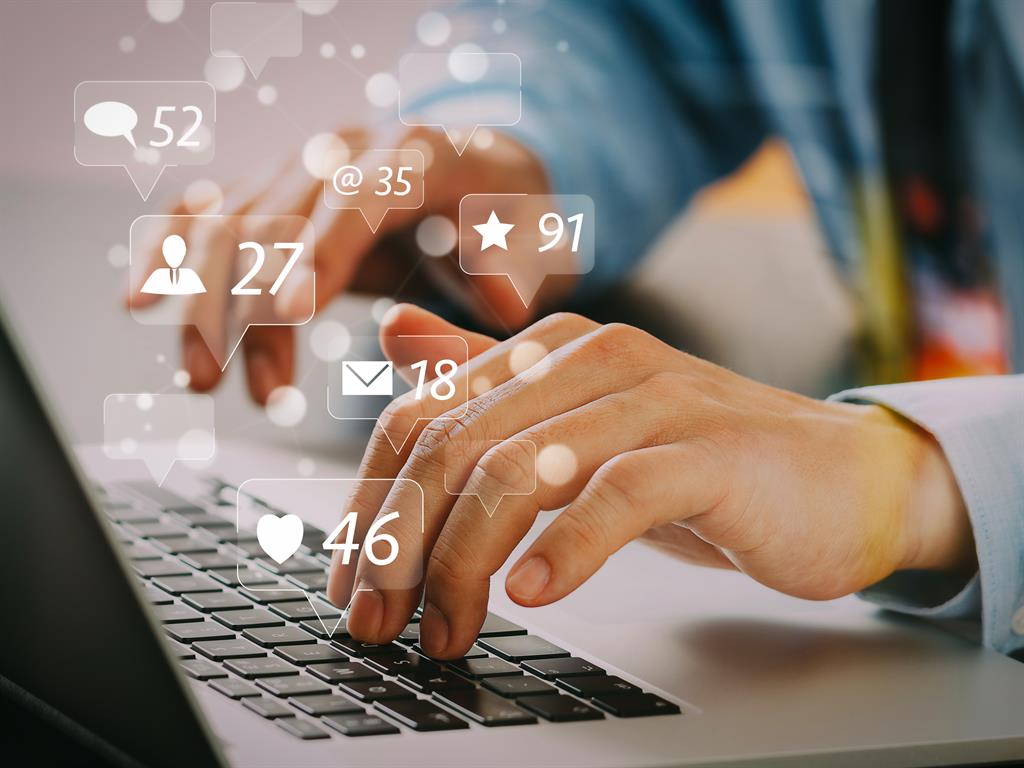 ‘Commonly, people who aren’t on social media are the ones who think they are incognito, but social media is just the start of a treasure trove of personal data. Moreover, many people forget how open their associates are who may hold personal data on them, such as birthdays or their cat’s name. We can mitigate this as best we can by reducing oversharing wherever possible.’ — Jake Moore, cyber security expert, ESET UK

‘Many apps collect information that knows where people are located through default settings on smartphones. This provides the opportunity for anybody to compromise these location settings and outline where an individual is at any given moment. As long as people are connected to the internet across a range of devices there is the likelihood they could be exposing sensitive data, knowingly or not. It’s surprisingly simple to paint a digital picture of someone by getting access to small amounts of information from an app or website.’ — Raj Samani, chief scientist and fellow at McAfee 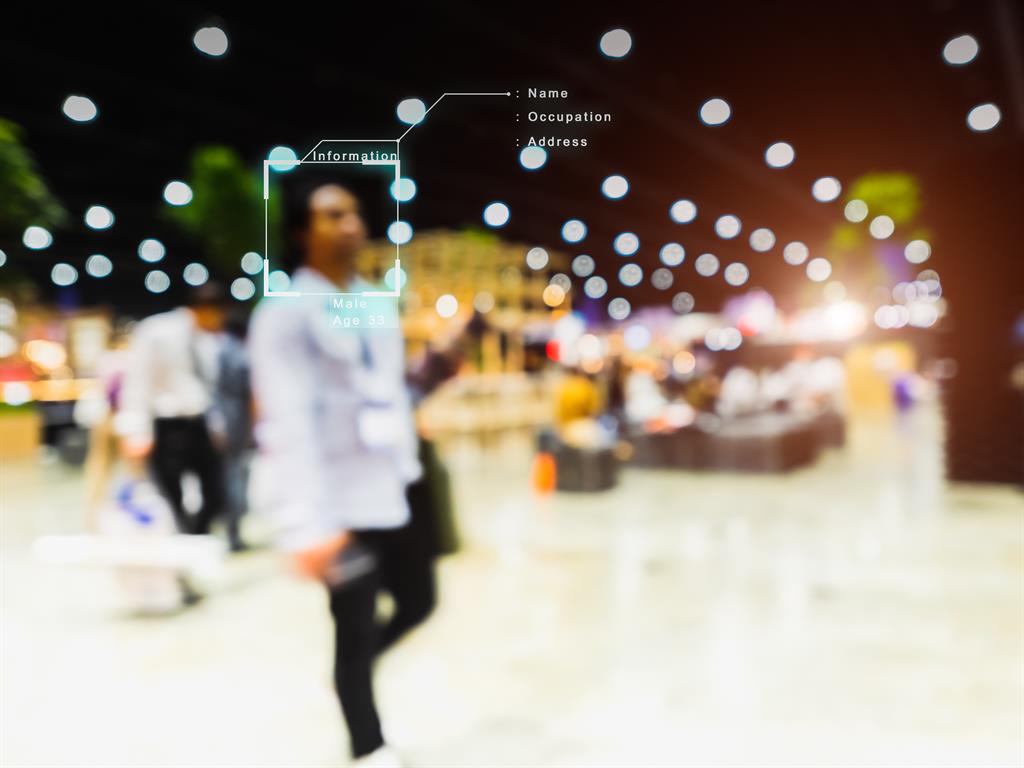 ‘It’s very difficult to use facial recognition to ID someone given the variance of image quality, angles and lighting conditions. Many cameras would need upgrading to achieve this. But advances in AI technology mean facial recognition is increasingly becoming more accurate and powerful, with identification possible with only partial visibility of the face.’ — Tom Morrod, senior research director, IHS Markit

‘According to new research, 79 per cent of Brits keep emails in their inboxes that could be exploited by hackers for ID theft, fraud or impersonation. Of the UK adults surveyed, 51 per cent keep e-receipts, 35 per cent store personal photos of friends, family or pets and three in ten use the same email password as other online accounts. Hackers can use this information to making phishing emails more convincing.’ — UK General Insurance in partnership with Cyber Aware

‘Information about people in the public domain is referred to as Open Source Intelligence (OSInt). It’s cheap, easy to collect and often yields rich results. OSInt can reveal your appearance and personal information like age, location and employment, and social and sexual habits and preferences. It also reveals who your family, friends and colleagues are, and can often open up other lines of investigation that can be used to glean passwords or answer security questions on web services.’ — Charl van der Walt, chief security strategy officer, SecureData 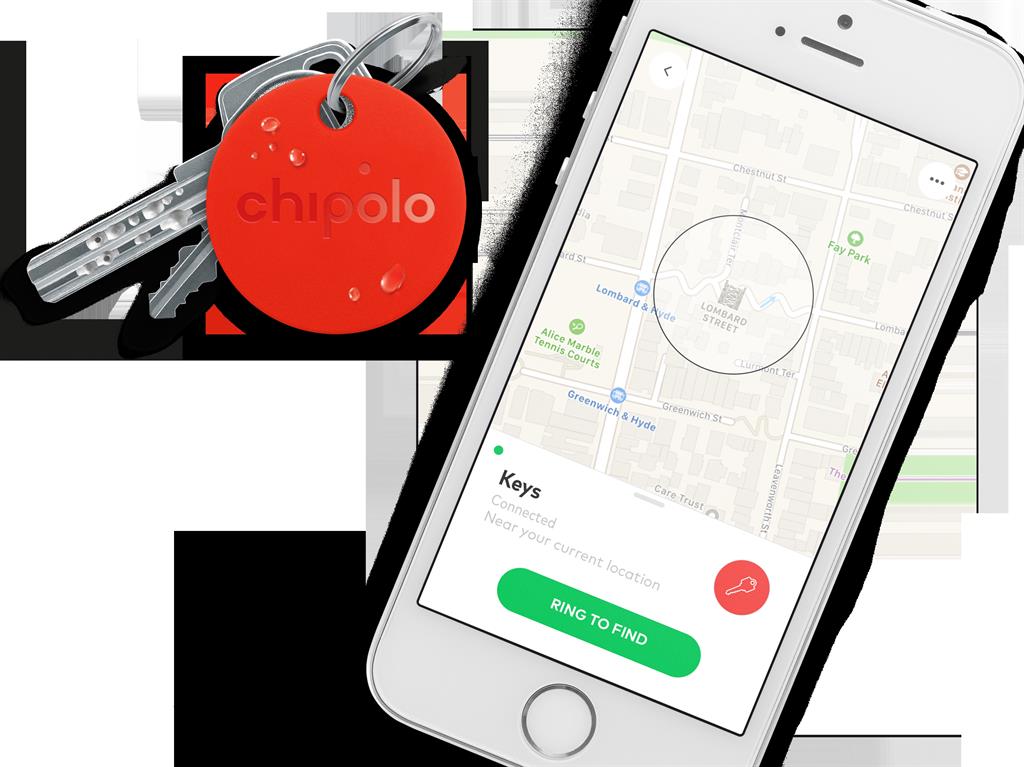 If you’ve ever lost hours of your life frantically looking for misplaced keys or have a tendency to dump items down into a pile of mess with the blind optimism you’ll find them later, these colourful Bluetooth trackers should help. They promise to make the hunt for your keys/wallet/bag less stressful by shrieking loudly or communicating their whereabouts to your smartphone. £23, uk.chipolo.net 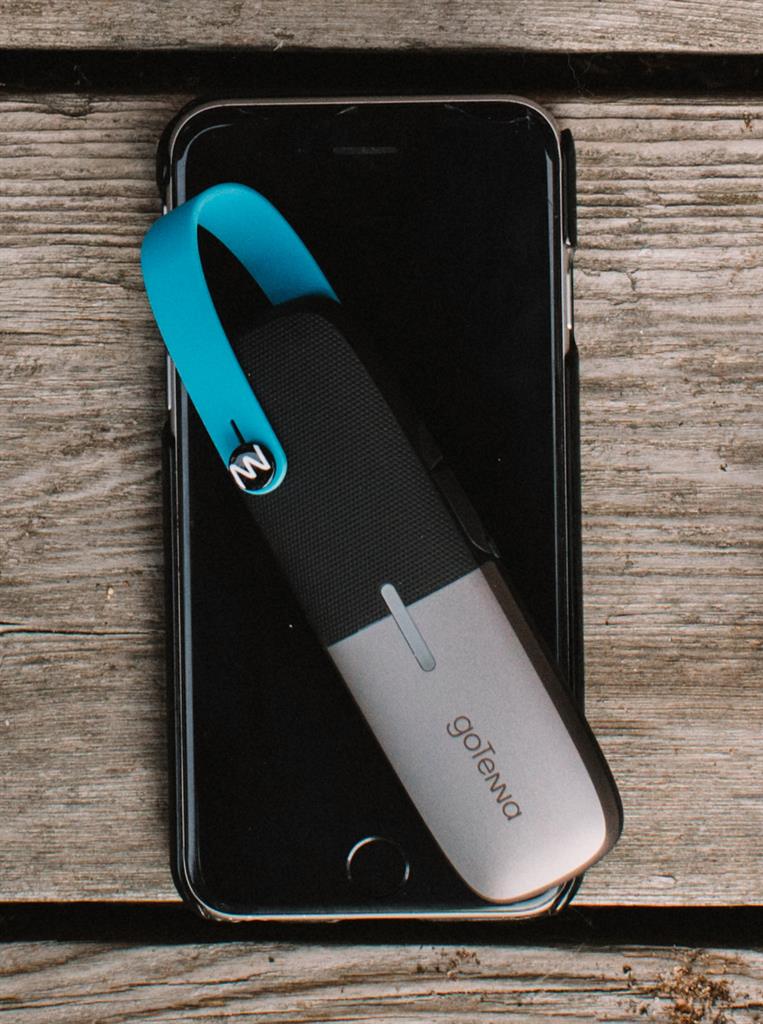 Whether you deliberately go off-grid or simply find you’re in a place where smartphone service is as hard to locate as Wally in the middle of a red-and-white-clad crowd, these nifty contraptions can assist. They pair to your phone using Bluetooth and generate their own walkie-talkie-style radio signals to enable you to send text messages and share/access GPS locations alongside a map when in range. Clever. £199 (for two), gotenna.com 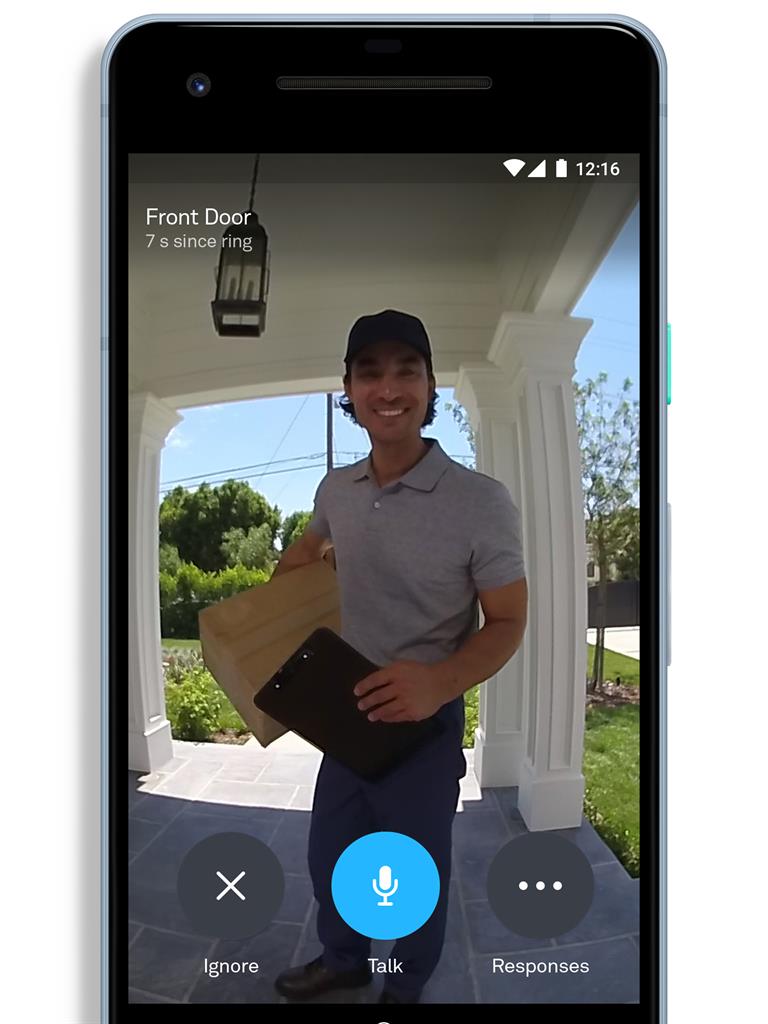 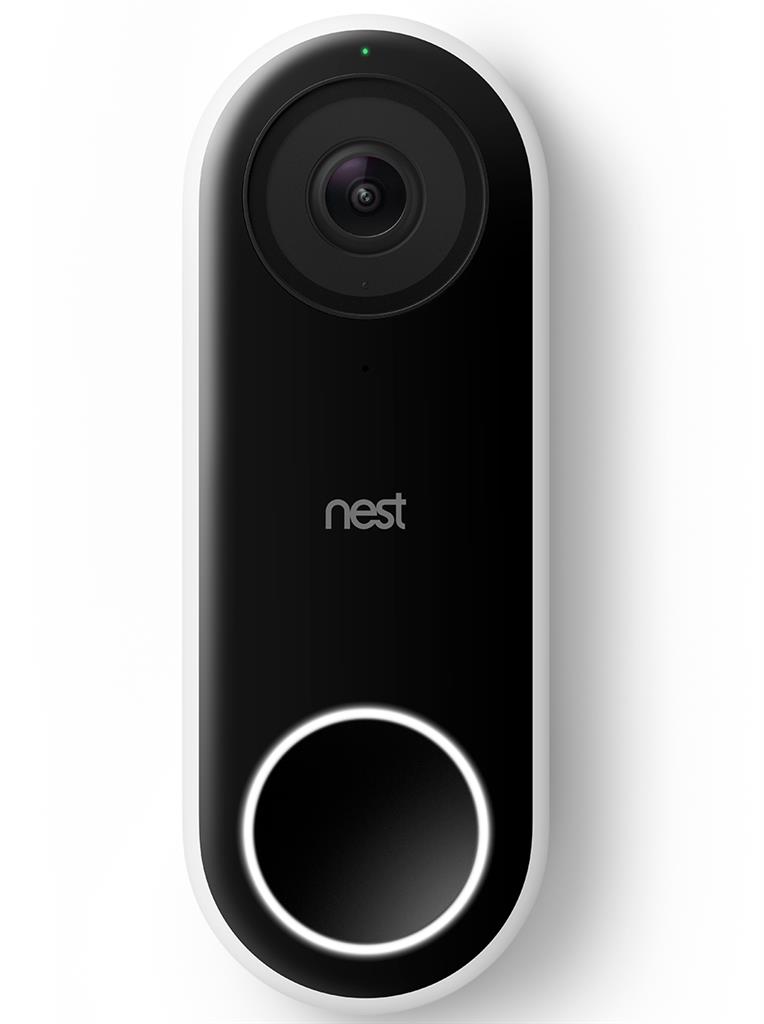 The only downside to video doorbells is that knock-knock jokes don’t really work because you can see who’s there. But if you like the idea of receiving the mugshot of anyone who approaches your door with facial recognition smarts and chatting to doorstep dwellers through your mobile alongside night-vision capabilities, Google’s next-gen doorbell is itching to be your digital security guard. From £229, store.nest.com/uk 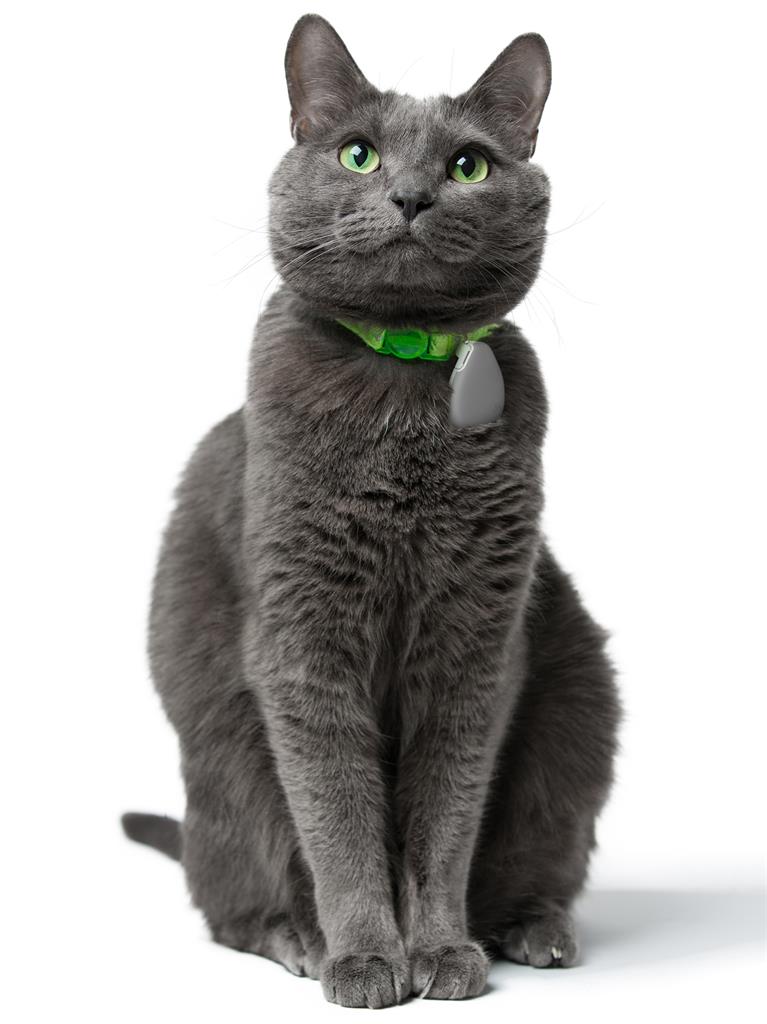 Keeping tabs on the little people in your life can be tough, especially given their tendency to roam independently when you take your eyes off them for a second to tie your shoelaces. This rubbery teardrop relies on wi-fi, Bluetooth, mobile network or GPS to deliver real-time location updates to your phone and geofencing alerts if they enter/stray from a predetermined location. From £78.50, jiobit.com
LUCY HEDGES