KATY PERRY is trying to cement an ‘emotional foundation’ with Orlando Bloom before she commits to marrying another British celebrity.

The US pop star said marrying the Lord Of The Rings actor was a ‘big deal’ following her two-year marriage to Essex comedian Russell Brand, which ended six years ago.

Bloom, 42, popped the question during a helicopter ride last Valentine’s Day and, asked about their wedding plans, Katy said they were taking things ‘one step at a time’. 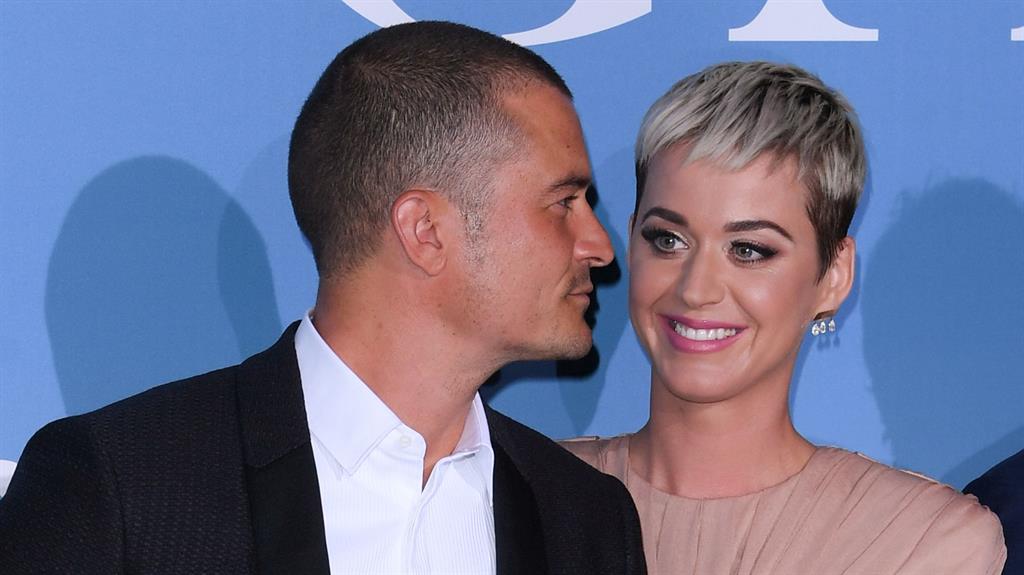 She added: ‘Definitely trying to lay the good emotional foundation for the lifetime of commitment, which is like a big deal.’

And Katy says the couple will not be entering a flashy Hollywood lifestyle. ‘I’m not a very ostentatious type of person,’ the 34-year-old told Kiss Breakfast with Tom & Daisy.

‘It’s not crazy,’ she said of her world. ‘It’s not like Lifestyles Of The Rich And Famous, although I’m very grateful for everything I worked hard for.’

She partly credits her low-key ambitions on her hippy outlook. ‘It’s kind of representative of the last five years of how I live and the type of things I seek,’ Katy added. ‘I guess that would be alternative hippy methods and California hippy esoteric new-age style where you’re just trying to look inwards before going out.’

Meanwhile, the American Idol judge can’t get enough of British humour, particularly on Instagram. ‘I do follow this Instagram that keeps me up-to-date on some amazing cultural choices that the UK has,’ she revealed.

‘It’s called Love Of Huns and I love it so much because, for a decade, it’s been like, yes we speak the same language but when I come over to this island there’s a whole group of different people that have different rituals and it’s so bizarre.’

Meanwhile, it emerged that Katy asked first before she copied another track for her new single Never Really Over.

Norwegian singer Dagny, 28, said the singer’s reps got in touch, asking to use her little-known 2017 ditty Love You Like That.

‘There was a call from Katy’s team,’ revealed Dagny, who said she was ‘beyond stoked to be part of this baby’. She added: ‘They said, “We want to give credit where credit’s due”.’