KATY PERRY and Orlando Bloom said they are ‘floating with love and wonder’ following the birth of their first child together — but still took a moment in the midst of their joy to spare a thought for others.

The couple have welcomed daughter Daisy Dove Bloom and announced the news through Unicef. Both singer Katy, 35, and actor Orlando, 43, are goodwill ambassadors for the charity.

‘We are floating with love and wonder from the safe and healthy arrival of our daughter,’ the couple said in statement posted on Instagram alongside a black and white picture of them holding Daisy’s tiny hand.

In the snap, Katy’s thumbnail even sports a fitting floral tribute to her tiny new daughter, and fans immediately deluged their idols with approval for the double floral name.

Katy and Orlando went on to write: ‘But we know we’re the lucky ones and not everyone can have a birthing experience as peaceful as ours was. Communities around the world are still experiencing a shortage of healthcare workers and every eleven seconds a pregnant woman or newborn dies, mostly from preventable causes.

‘Since Covid-19, many more newborn lives are at risk because of a greater lack of access to water, soap, vaccines and medicines that prevent diseases. As parents to a newborn, this breaks our hearts, as we empathise with struggling parents now more than ever.’ 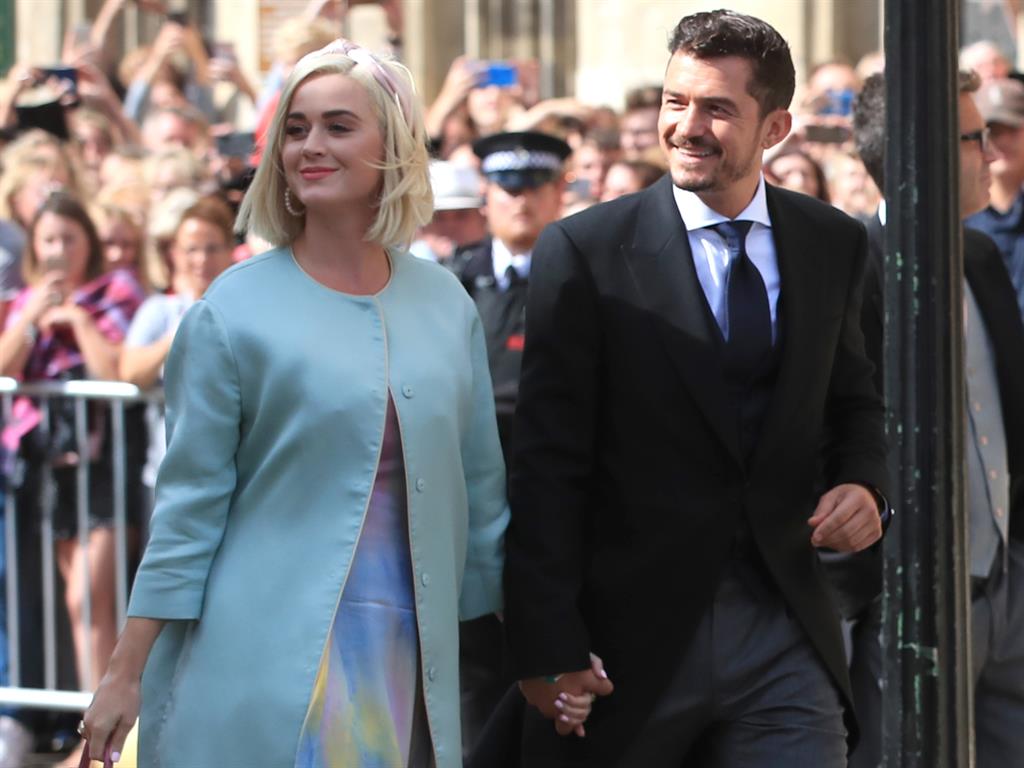 The couple said they have set up a donation page to mark Daisy’s birth, with the money going towards new mothers and their children.

The couple added: ‘By supporting Unicef, you are supporting a safe start to life and reimagining a healthier world for every child. We hope your (heart) can bloom with generosity.’

Earlier this month Katy, who is set to release her new album Smile on Friday, described being pregnant during a pandemic as an ‘emotional rollercoaster’.

US singer Katy and British Pirates Of The Caribbean star Orlando are engaged and have been dating since 2016.

Perry, whose hits include Firework, Roar and California Gurls, announced she was pregnant in March, revealing the news in the music video for her single Never Worn White.

A month later, she revealed they were expecting a girl.

Bloom was previously married to Australian model Miranda Kerr, and they have a son, nine-year-old Flynn.