KATE GARRAWAY has described the ‘war of attrition’ her children waged to get her to take part in this year’s I’m A Celebrity… Get Me Out Of Here — as footage emerged of her encounter with cockroaches.

The Good Morning Britain anchor revealed that her kids — Darcey, 13, and Bill, ten — were so keen for her to go on the celebrity jungle show that they even pushed her to eat slugs from their garden in preparation.

But despite admitting to being ‘terrified of absolutely everything’, Kate seems to think the show will offer her a bit of ‘peace’ — though her comment that it will be ‘life-changing’ seems nearer to the mark.

Speaking to Hello! magazine, Kate said of her kids: ‘It’s all their fault.

‘Darcey really got into the last couple of series and kept saying, “You should so do this, Mum,” and things like, “You should eat that slug from the garden, or jump off of that wall, to practise.”

‘It’s been a war of attrition.’

Kate has previously admitted: ‘I’m really scared of snakes, spiders and rats. I’m claustrophobic and I don’t really like heights.’

So she probably won’t have enjoyed being selected for the show’s first Bushtucker trial — airing tonight — which involved trying to get balls into a bucket while suspended in a small box that’s slowly filling with cockroaches. 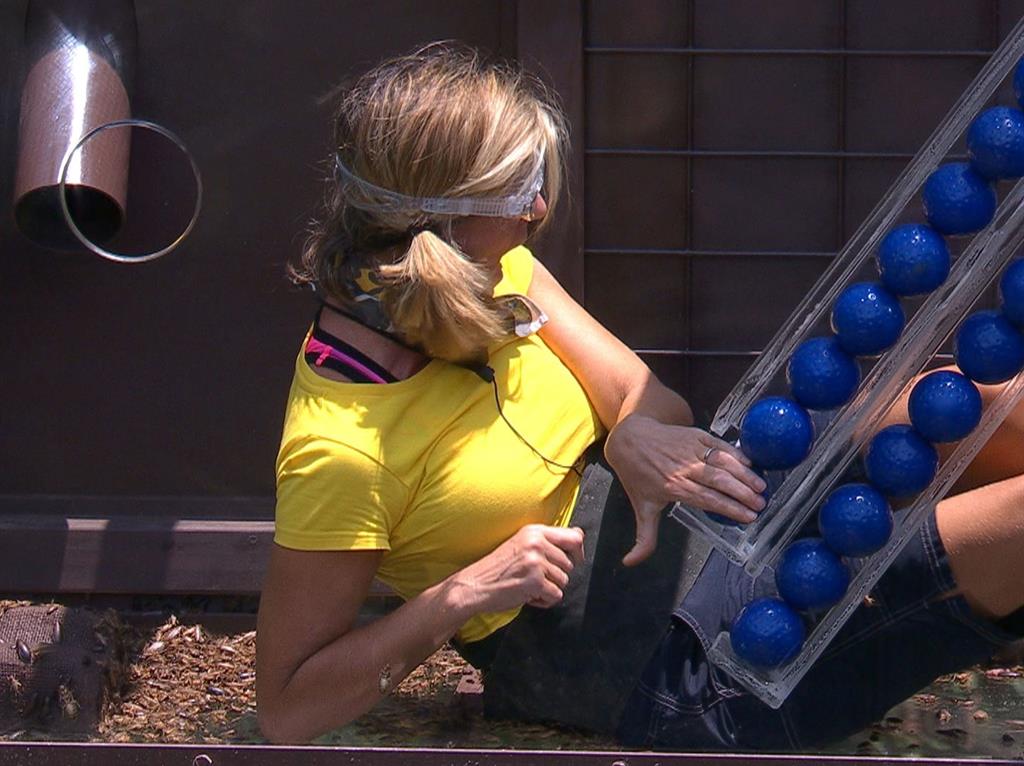 But sunny Kate is nothing if not positive, having got the inside scoop from former contestants such as Peter Andre before agreeing to go into the jungle.

‘People say it’s absolutely life-changing and you get so much peace from being out of contact with the world,’ she said.

‘It is an incredible show and also you get to meet extraordinary people. I’ve never met anyone who said they regretted doing it.’

She may, however, regret not holding out for a bigger fee as it was reported today that she will earn £75k — no small sum, but not a patch on star name Caitlyn Jenner’s £500k, footy pundit Ian Wright’s £400k or Girls Aloud singer Nadine Coyle’s £250k.

It could be worse, though. Radio DJ Roman Kemp is on £40k while X Factor star Myles Stephenson gets a measly £25k.

The full interview with Garraway can be read in Hello magazine, out now