KATE BECKINSALE has told of her ‘huge relief’ at Harvey Weinstein’s prison sentence after revealing how she was ‘punished’ by the former movie mogul.

Weinstein, 67, was sentenced to 23 years in prison by a judge in New York yesterday, after being convicted of assaulting a production assistant at his apartment in 2006, and third-degree rape of another woman in 2013.

And one person who is happy about the news is the Underworld star Kate, 46, who today posted on Instagram an image of herself at the 2001 Serendipity movie premiere, explaining how Weinstein had made them attend — despite it being less than a month after the Twin Towers attack.

She captioned the pic, which showed her in a white tux with slicked-back hair: ‘We all refused to go because holding a premiere mere weeks after 9/11 with the city still smoking felt like the most insensitive, tone deaf, disrespectful idea possible. But Harvey insisted. We flew into New York and somehow got through it.

‘The next morning Harvey called me and asked if I would like to bring my less than two-year-old daughter to his house for a playdate with his similar-aged daughter. I said OK.

‘I turned up and he immediately called for his nanny to take the babies to another room to play. I went to go with them and he said: “No, you wait here.”

‘The minute the door closed he started screaming, “You stupid f***ing c***, you c**t you ruined my premiere.”

‘I had no idea what he was talking about and started to shake. 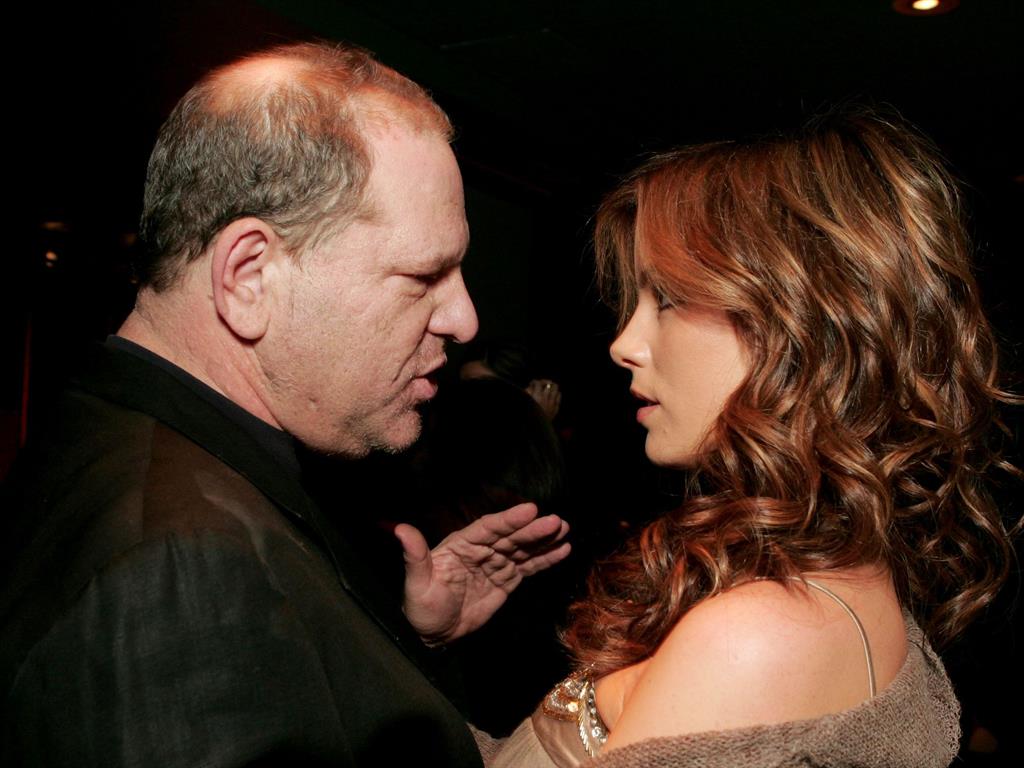 ‘The shock made me burst into tears. I tried to say, “Harvey, the city is on fire. People are still looking for their relatives. None of us even felt the premiere was appropriate, much less coming out dressed like it’s a bachelor party.”

Beckinsale said she ‘managed to get myself and my child out of there and yes that was one of many experiences I had that there was no recourse for, and falls under no felony.

‘But I was punished for it, and for other instances where I said “no” to him for years, insidiously and seeming irreversibly.’

She wrote: ‘Hearing that he has gone to prison for 23 years is a huge relief to me on behalf of all the women he sexually assaulted or raped, and I hope will be a deterrent to that sort of behaviour in this and any other industry.

‘Having said that, the crimes that are not crimes, the inhumane bullying and sick covert abuse for which there is still no recourse no matter who you tell (and I did tell), these too need to go.’

Beckinsale previously told how a robed Weinstein offered her alcohol when she was just 17.

Scores of women — including Rose McGowan, Ashley Judd, Gwyneth Paltrow, Angelina Jolie and Jennifer Lawrence — have accused Weinstein of sexual misconduct, and he was found guilty of two attacks following a high-profile trial.

One of the actresses who alleged he attacked her, Mira Sorvino, said she ‘cried tears of amazement’ after he was sentenced.

Rosanna Arquette, another of his high-profile accusers, told of her ‘gratitude to all the silence breakers’, including McGowan, ‘and all the survivors of Weinstein’ and the ‘brave women who testified’.