KATARINA JOHNSON-THOMPSON last night won a sensational world heptathlon title as she smashed the British record to triumph in the heat of Doha.

The Liverpudlian finally got the better of rival Nafi Thiam — the Olympic, world and European champion — to win over seven events after a faultless two days of competition. 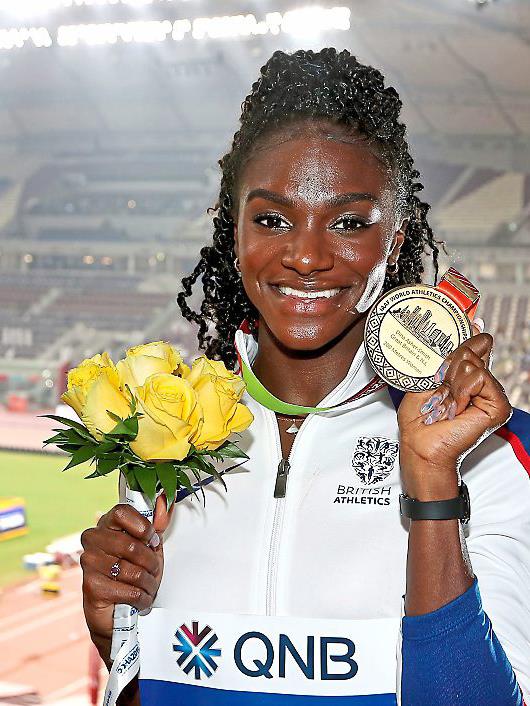 Johnson-Thompson had longed for a first major outdoor global title after mistakes in different disciplines cost her dear at the 2016 Olympics and the two previous world championships.

She led by 96 points overnight and increased that lead by winning the long jump with a best leap of 6.77metres and then recorded a personal best of 43.93m in the javelin – traditionally one of her weaker events — as Thiam, nursing an elbow problem, exited the javelin early ahead of the 800m finale.

With an eight-second lead, Johnson-Thompson wasnever troubled as she stormed home to glory and a new domestic record, earning Britain a second gold hours after Dina Asher-Smith received her 200m gong (above).