PHOTOS of Harvey Weinstein’s naked body have been handed out to jurors at his rape trial.

The images were shown in court after accuser Jessica Mann described the disgraced movie mogul as having ‘extreme scarring’ and no testicles.

Weinstein (pictured below), 67, is charged with assaulting Ms Mann on three occasions in 2013. She previously said: ‘The first time I saw him naked I thought he was deformed or intersex. I didn’t know if he was a burn victim but it would make sense. He does not have testicles.’ 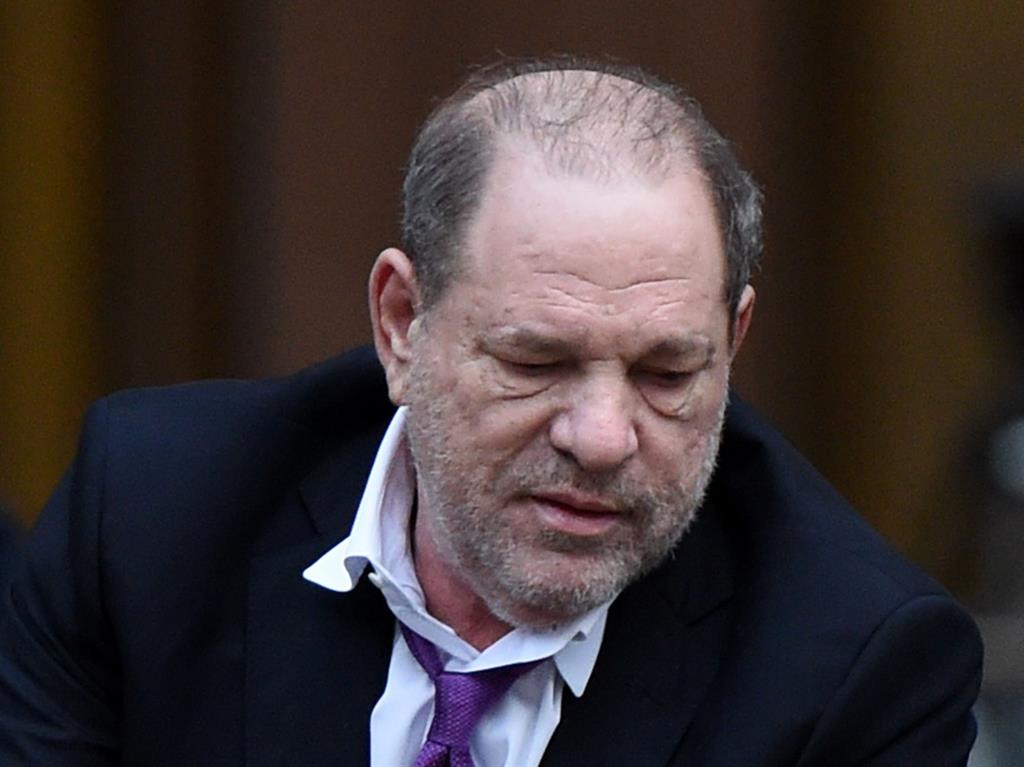 As he left court, the producer was asked by a reporter: ‘Were those nude photos of you that the jury looked at?’ He replied: ‘No, it was Playboy.’

One last accuser took to the witness stand yesterday.

Model and actress Lauren Marie Young alleged Weinstein stripped naked, masturbated in front of her and groped her breast in a hotel room in Beverly Hills in 2013.

She told the court she had gone to his room to discuss a dark comedy script she was writing, when a female friend of the producer trapped her in the bathroom with him.

Ms Young’s allegations form part of charges Weinstein will face in Los Angeles and will not be dealt with in New York — but prosecutors hope they help to portray him as a serial offender.

Weinstein is on trial over five charges, including sexual assault and rape.

He denies the charges and any non-consensual sex.