WE ALL have something we want to take a jump toward. Perhaps it’s a new hobby or lifestyle. Maybe it’s a promotion at work or a switch of departments or office locations. It could even be as major as leaving a career for an entirely new one. A jump is a jump, no matter how big or small, no matter its shape or form.

I remember vividly the evening I googled ‘when to chase dreams’. From my dimly lit desk, I peered into the search results, looking for an answer. I was stuck on an idea that wouldn’t go away. Ten years earlier, as a teenager in Santa Barbara, California, I fell in love with squash. Squash isn’t a big sport in the States, and I was one of only a handful of junior players seeking to compete at the highest level. The one club that had courts, however, was just down the road, and it just so happened to host a professional tournament each year.

As the pro-squash tour doesn’t offer much prize money, local tournament organisers pair players with host families who help reduce the players’ travelling costs by letting them stay in a spare room. I signed up our family immediately. 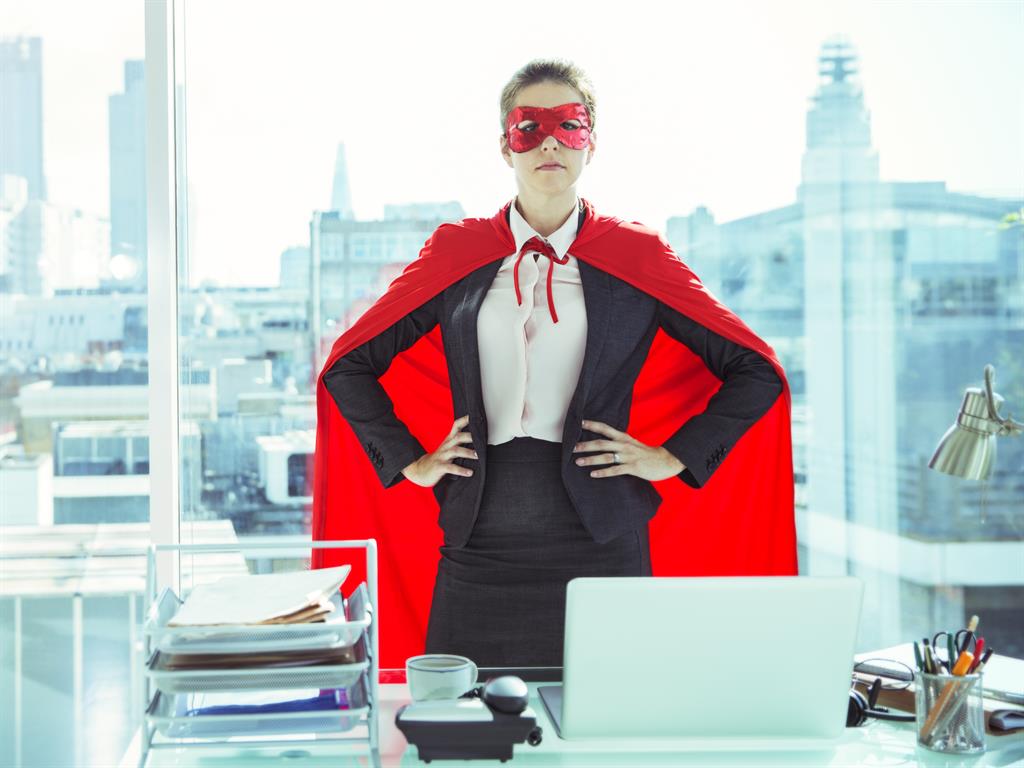 I remember sitting next to the player at our dinner table, listening in awe about his life on tour — competing on mountains in Brazil, small towns along the Australian coast, cities in Asia. I told myself that night that I would someday pursue the tour, and experience this type of life.

Fast forward a decade, back to my desk in the dark office, and I realised two things: one, this crazy idea of leaving what was a prestigious job in finance to play the professional squash tour was, for better or worse, not going away. And second, no one — not my flatmate, colleague or sister — was going to confront me and say, ‘Today is the day to go and chase your dreams.’ 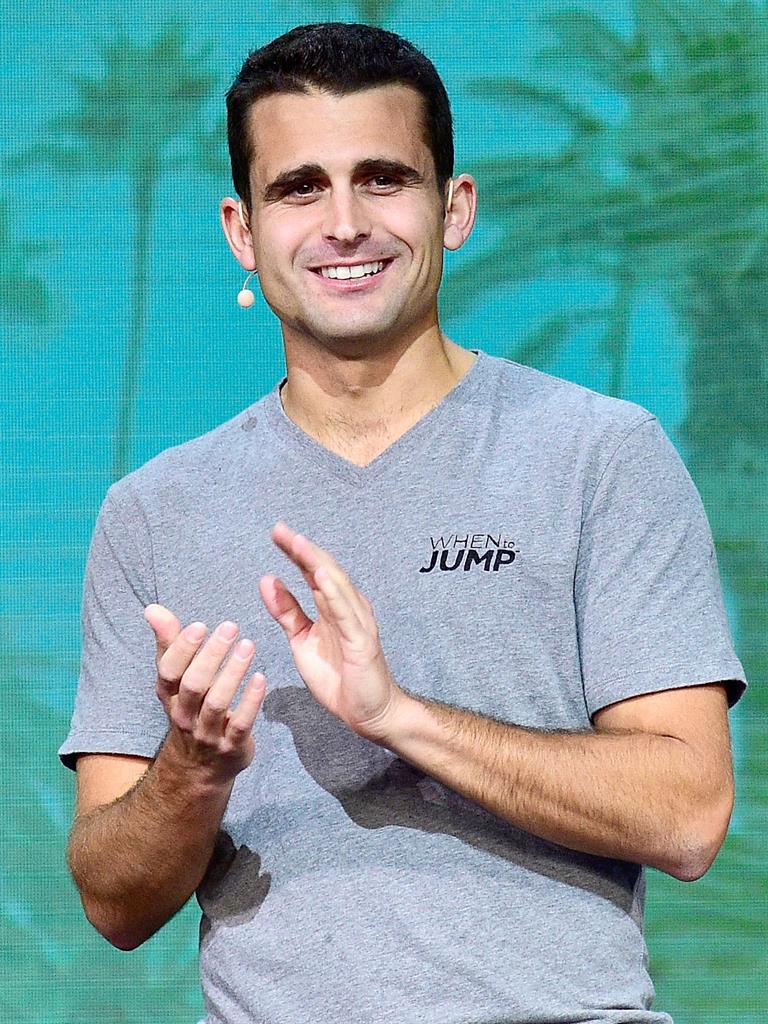 So I began to track down people who had taken a risk to chase a dream — no matter what it was. Former electricians and bartenders, ex-bankers and teachers, leaving their jobs to do what they really wanted to be doing in life: opening bakeries, starting non-profits, forming fashion lines. Through cold-calls, Google searches and a fair share of emails to strangers, the stories began to pile up.

What I found in the stories was that there is a nitty-gritty, honest set of realities to taking a jump. There are hardships and sacrifices. Each ‘jump’ I collected had a certain vulnerability to it, each shared a series of what I call ‘10,000 unsexy steps’, no matter the outcome. These were the truths I was seeking to understand, the stories I was aiming to hear. 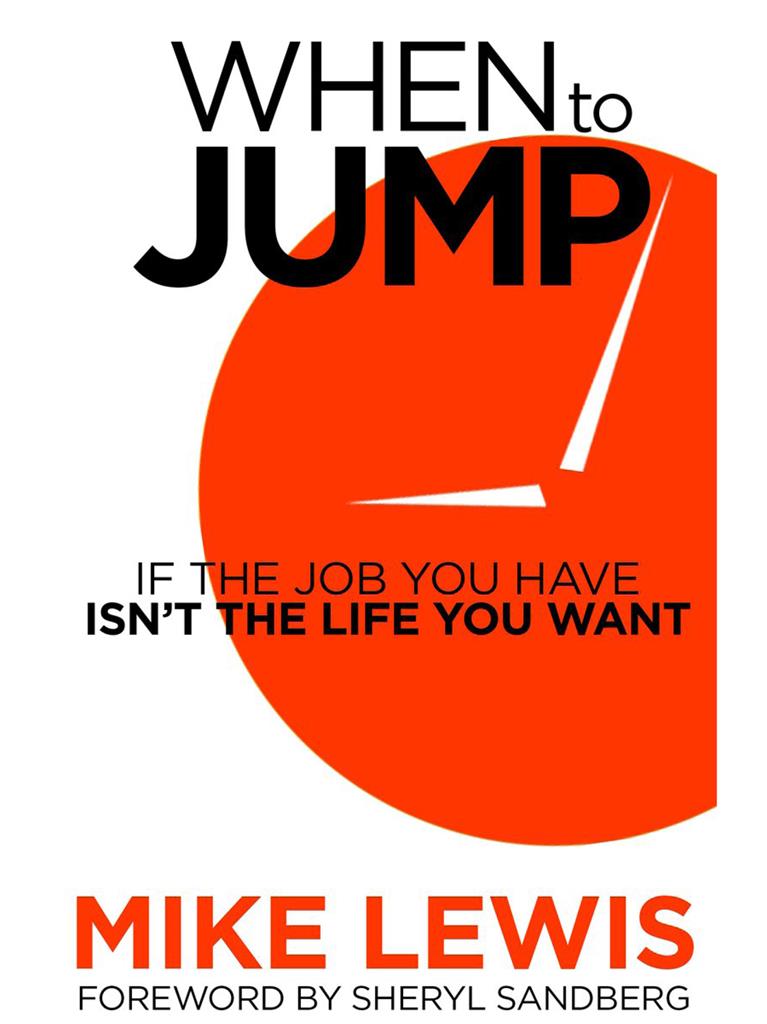 Eighteen months into collecting these stories, I was armed with the proof I needed to make my jump. In 2014, I packed my life into a few bags, booked a one-way ticket to New Zealand and joined the squash tour. I planned to stay a month. When it was over, I had spent nearly 16 months couch-surfing with host families, friends of friends and strangers across 200,000 miles, six continents, and nearly 50 countries. Along the way, I shared my jump stories, and a community — When To Jump — was born.

This week, my jump stories debut in a book, When To Jump: If The Job You Have Isn’t The Life You Want. If you’re like I was, sitting at a desk stuck with a little voice in your head that won’t go away, this book is for you. Taking a jump is by no means clean and easy but it is worth pursuing.

When To Jump by Mike Lewis is out now

Tracey Blake gave up her media career to set up studentnannies.com. Here’s what she’s learned

Think you’re going to have time for lunch-time yoga sessions and the odd sneaky afternoon kip? No way! I am probably working more hours than ever but they are on my terms so I can work flexibly to suit my schedule.

There’s lots of support out there

Worried about not having business experience? There’s lots of free help available. I bagged free Excel training through my local authority, plus Student Nannies is part of Entrepreneurial Spark, a free accelerator programme run by NatWest – we get the use of an office in London, a mentor, access to experts, plus a gang of supportive fellow entrepreneurs to hang out with.

Phrases like ‘doing a sprint’ (clue, it doesn’t involve running); a first seed round (nothing to do with gardening) and acronyms like ROI (not a new grime star but Return On Investment) will become part of your vernacular and the more confidently you can bandy them around, the more of a biz whiz you will appear.

Every Tuesday I go to ‘Pitch Club’ where I give my 60-second elevator pitch to a roomful of entrepreneurs and take constructive criticism afterwards. I’ve also been in ‘piranha pits’, where you are ripped apart by experts who go over your business finding faults. You’ll get used to getting out of your comfort zone but will learn to trust your gut!

There will be moments when it all feels too much: keep the faith in spite of the inevitable hairpin bends and road-blocks. That’s what makes it an exhilarating journey.

Startups.co.uk picked Student Nannies as one of the seven most inspirational female-founded start-ups of 2017. Follow Tracey on Instagram @motherofallstartups

Four steps towards your dreams

Listen to the inner voice

You return to the same daydream, again and again, while on the commute or sitting at your desk at the office. If there’s a little voice in your head that won’t go away, it’s probably not wrong. Listen to it!

Do the dirty work

You need to do the dirty work to prepare. If you have conquered a series of ‘unsexy steps’ as I call them — made a budget, created a savings plan, sought out advice from the experts — you’re ready to leap.

You’ve considered the worst-case scenario — and you’re OK with it. If you think of everything going wrong — cash supply running dry, moving back in with your in-laws etc — and all that doesn’t seem so bad, it’s time to change.

Get ready for take-off

You’ve put yourself in a situation to get lucky. Through countless hours of practice and conversations, you’re in position to ‘collide’ with the right opportunities, people and places that will shape your jump.