AN ORPHANED baby elephant took a nap on her carer’s lap when she was reunited with him after being rejected by her herd.

Chabakeaw, aged two, had been saved by wildlife officers who found her trapped alone in mud in Bueng Kan, Thailand, in April.

After five months of hand-rearing, she was released back to her herd. But two days later, officers discovered she had been abandoned once more, and took her back into their care. 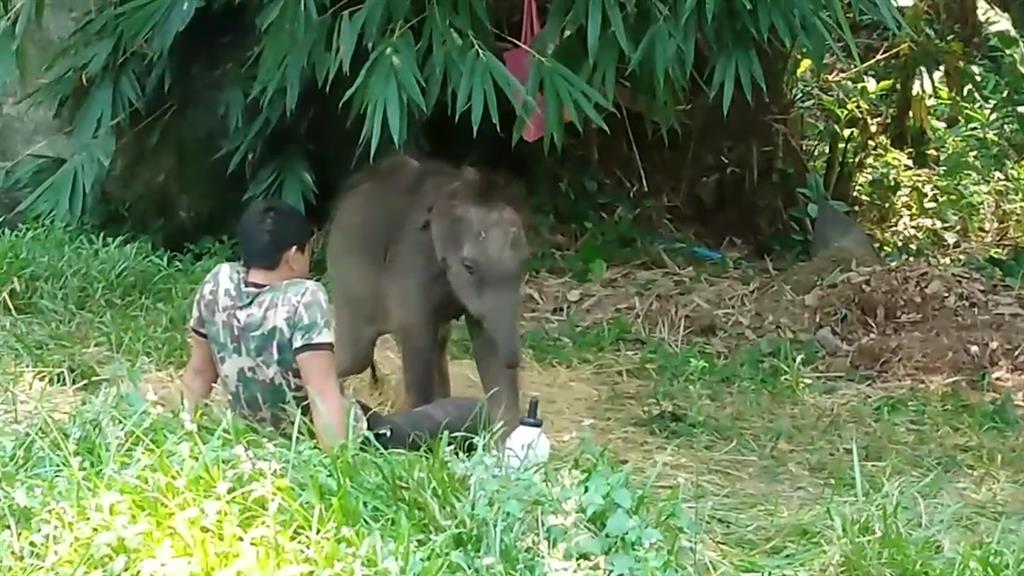 Footage from Friday shows the touching moment Chabakeaw curled up in the lap of her human ‘parent’ after her second rescue.

Pichet Noonto, from the Species Survival Commission, said she was probably rejected because she was raised by humans, and ‘would have had difficulty adapting to the elephant behaviour in the wild’. She may never be able to return to the herd.